The fight for control of Crime Intelligence: Jacobs and...

The fight for control of Crime Intelligence: Jacobs and Sitole in labour court showdown 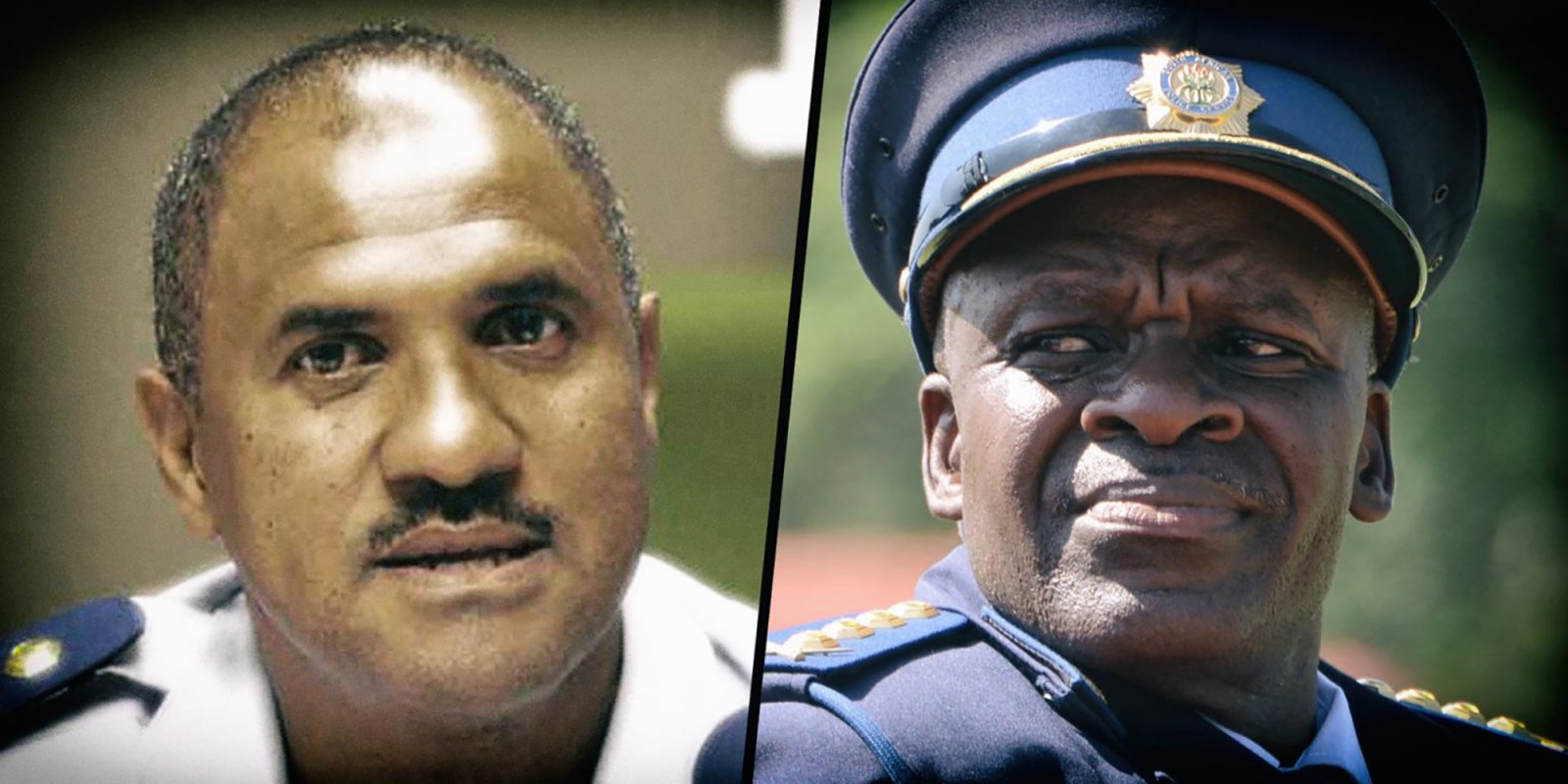 In Courtroom One of the Johannesburg Labour Court, Lieutenant-General Peter Jacobs sat quietly reading as he prepared for the next tussle between him and National Commissioner Khehla Sitole.

Judge Portia Nkutha-Nkontwana was late, and as they waited, lawyers and union reps chatted and swapped stories. One of them even joked with the general and asked what Mills & Boons he was reading. He showed them the cover – The Bookseller of Kabul, a non-fiction book by Åsne Seierstad.

Behind the light banter, a bitter war is unfolding, and it was up to Jacobs’ ally Western Cape Deputy Police Commissioner Major-General Jeremy Vearey to capture the mood on Wednesday when he posted on Facebook:

“FORGED IN BATTLE, TEMPERED BY SOLIDARITY.

“Whatever our skirmish in the labour court brings today, we remain bound in blood and fighting spirit.

“Till the last drop of blood.”

The court appearance was to have happened last week but the SAPS lawyers were not yet prepared. When Judge Nkutha-Nkontwana did arrive, proceedings got under way with advocate Tshidiso Ramogale representing the applicants. Ramogale argued in part that the disciplinary process had to be stopped because its legality was in question.

“On the day of the hearing last week the applicants received transfer notices, which is in complete violation of SAPS regulations and requiring ministerial approval before you move senior management,” said Ramogale. “So the court has to look at this.”

In a letter seen by Daily Maverick, Jacobs was informed by Sitole that he could return to work last Thursday.

But he would not be head of Crime Intelligence. He would take up the post of Divisional Commissioner in the Inspectorate. This is seen as a demotion.

His return to work would have ended a three-month suspension, which began after an investigation allegedly fingered him and his co-applicants in buying personal protective equipment using a secret service account.

Ramogale yesterday questioned why, if the purchases were made from March, a report was released only in November and the officers immediately suspended. Jacobs has previously said that this move against him is related to his efforts to clean up Crime Intelligence, including that he has evidence that officers were abusing the secret service account.

On December 23, 2020, Jacobs approached the Pretoria High Court to declare the suspensions unlawful but the court ruled they were lawful.

When the disciplinary hearing began in late February it became clear that three officers involved did not have the necessary security clearance.

A criminal complaint was laid on behalf of Jacobs.

Two days later the disciplinary hearing was temporarily halted when the applicants approached the Labour Court. They are looking to invoke Section 188A of the Labour Act, where under certain circumstances a body like the Commission for Conciliation, Mediation and Arbitration can be approached.

Advocate Thabang Pooe, representing Sitole, countered that the approach to the labour court is part of a stalling tactic that had been instigated when the disciplinary process was at an advanced stage. She also stated that allegations of malpractice were only brought up months after the fact.

“They were given the opportunity to show cause why they should not be suspended and the applicants made submissions,” she said. “In November the applicants did not mention at the time any reports of malpractice.”

Ramogale defended their late approach to the labour court by saying: “It would have been premature for us to come to court during an ongoing investigation, it would be asking for an interdict pending what? Because there was no disciplinary hearing.”

Jacobs has approached the labour court before. Back in 2016 when he was the head of Crime Intelligence in the Western Cape he was suddenly transferred, while involved in SA’s biggest gun-smuggling investigation.

He and Vearey found evidence of police officers passing guns on to gangsters, and believed their transfers were related to this. Both approached the Western Cape Labour Court to have their transfers overturned and were successful.

Judge Nkutha-Nkontwana will give her judgment in due course. The applicants felt it had gone well. DM