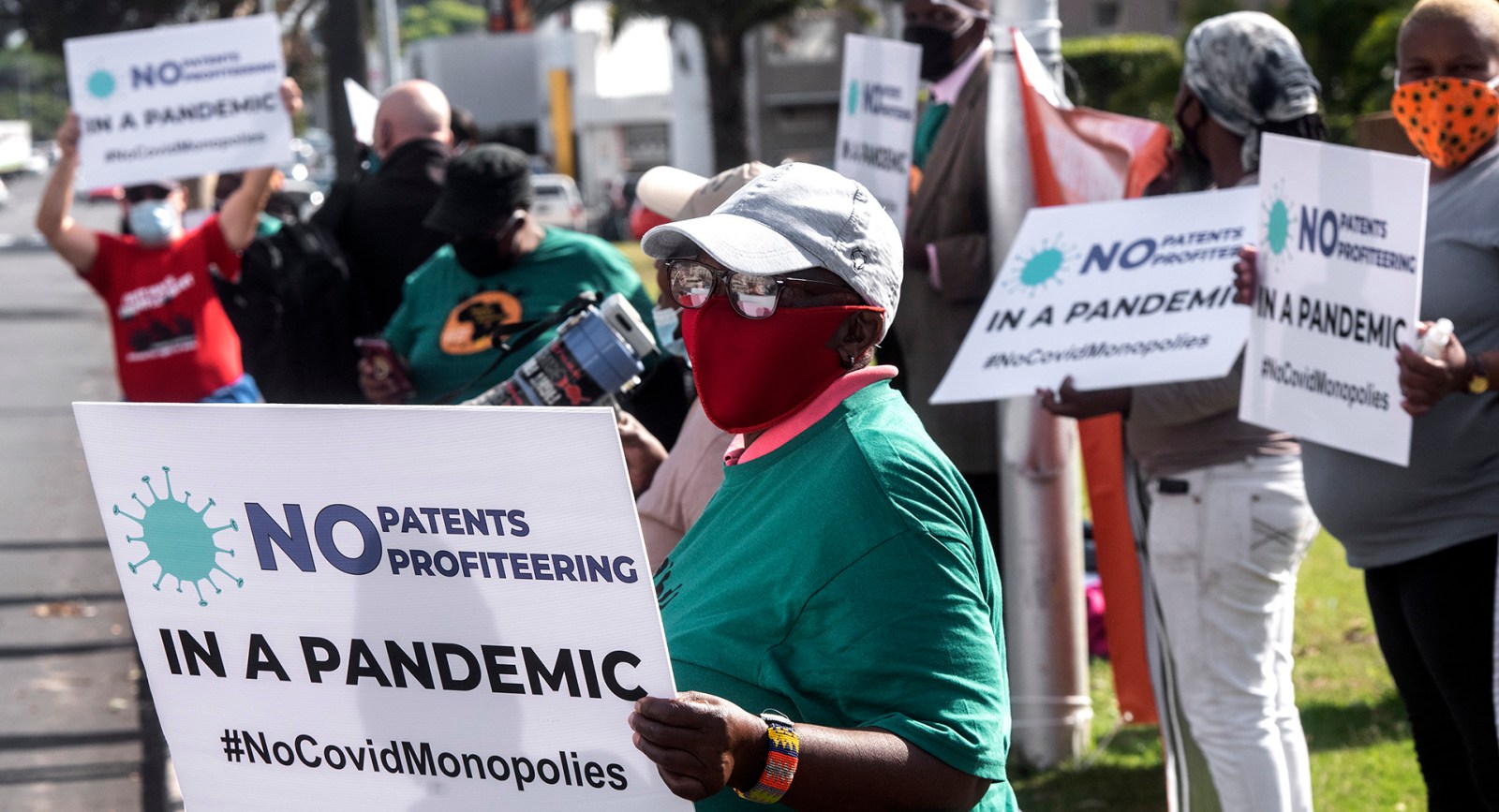 On Thursday 11 March, the first anniversary of the Covid-19 global pandemic, activists gathered on the Global Day Of Action for a People’s Vaccine to protest against what they call vaccine apartheid, caused by companies making vaccines inaccessible to poor countries while rich countries hoard surplus doses.

“While rich countries are vaccinating one person every second, hundreds of countries in the global south are struggling to access doses and this is because rich countries like the UK, where I am from, have hoarded doses in advance… because they knew that there would be a scarcity because rich countries protect and ferociously defend pharmaceutical companies,” said Heidi Chow, representing Global Justice Now at an online conference on Thursday to protest against the hoarding of vaccines by rich countries.

According to Chow, the UK is one of the leading hoarders of vaccines in the world and is one of the main countries blocking the proposal to suspend patents at the World Trade Organisation.

Chow emphasised that by the time the Covid pandemic struck, civil society had long warned about vaccine inequality and had been campaigning for equitable access to medicines for years. She said big pharmaceutical companies had been taking advantage of the patent laws in order to suit their profit-making agendas.

KM Gopakumar of the Third World Network said that it was important to level the playing field between developing and developed countries in terms of having access to patents and the technology needed to produce vaccines.

“This is used to systematically stop developing countries from upscaling their vaccine production,” said Gopakumar.

“It’s an injustice that South Africa is scrambling to get vaccines when it was South African people who helped create the vaccines,” said Dr Lydia Cairncross from the People’s Health Movement.

Cairncross reminded everyone at the conference that South Africans were still “bruised” from the PPE corruption scandals and were now even more concerned at the lack of clarity, transparency and democratic engagement on vaccines, in what she said was the biggest public health programme of our lifetime.

Cairncross was adamant that low- and middle-income countries needed to run a dual campaign, one which was international and focused on the TRIPS waiver and locally, focusing on fighting the undemocratic practises and authoritarianism characterising the vaccine roll-out.

Speaking at an online conference, Anglican Archbishop of Cape Town Thabo Mokgoba appealed to the moral consciences of rich countries and pharmaceutical companies, saying: “You can’t equate human life to dollars and euros and profits. Please know that you can’t limit the infection and the mutation of the virus if you only vaccinate your own people.

“We can’t be silent in the face of vaccine apartheid and vaccine racism,” implored Makgoba

Bongeka Gumede of Africa Unite was worried that migrants and undocumented people would be excluded from the vaccine roll-out in a similar way to how they were excluded from initial Covid-19 relief efforts such as grants and food parcels.

“Presently, if you look at the vaccination roll-out data platform, it’s really limiting in itself as it only collects those who have identification numbers, there’s no slot for passport numbers,” meaning that foreign nationals would not be able to register.

Tengo Tengela of Nehawu said that the union’s members had been the backbone of the Covid-19 fight and that they fully supported the movement to democratise vaccine access. He said the organisation could not allow a situation where profits were placed above human life.

Hameeda Deedat from the #PeoplesVaccineCampaign said a memorandum had been sent to Pfizer, BioNTech, Johnson & Johnson, AstraZeneca, Moderna Therapeutics and Aspen Pharmacare demanding an end to vaccine apartheid.

The memorandum can be read here. DM/MC