A rare, but fractured parliamentary debate highlights gulf over intelligence 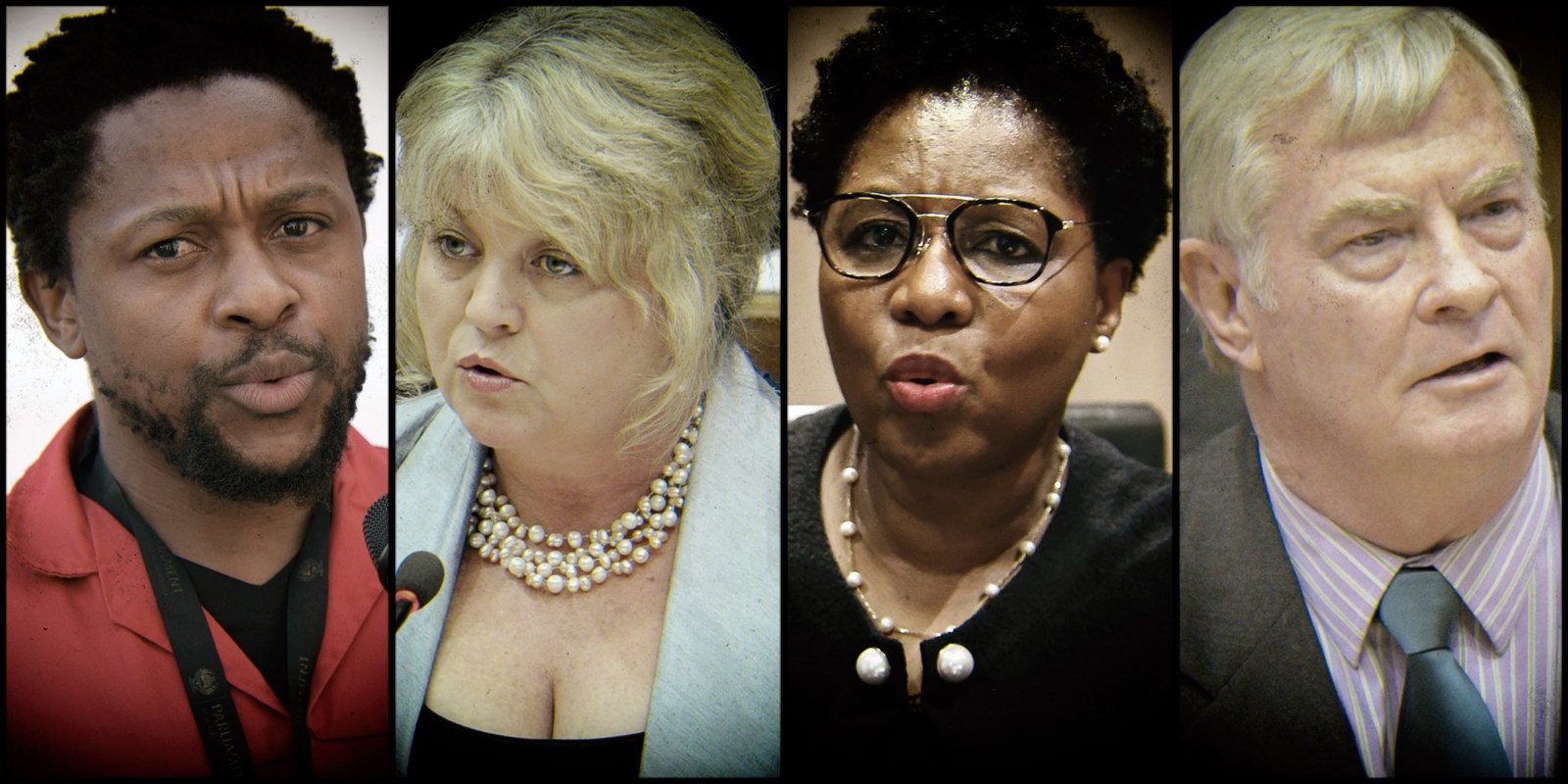 The announcement of an independent forensic audit at the State Security Agency almost went unnoticed in a rare parliamentary spotlight on intelligence. Thursday’s debate was disjointed – opposition MPs slated politicisation, looting and corruption; ANC speakers talked about the Constitution and human capital formation.

If the rules of debating were to require engagement by participating parties with each other’s argument, then Thursday’s parliamentary debate would not qualify as such.

The only engagement to speak of was when State Security Minister Ayanda Dlodlo set out to correct DA MP Dianne Kohler Barnard on how much was looted from the State Security Agency (SSA).

“It’s not true to say R7-billion was looted by the State Security Agency. It depends on who speaks and what day of the week it is that the figure goes from R9-billion to R7-billion to R9-million. I have the Auditor-General’s letter to say that is not correct. The figure is R9-million.”

But, of course, the correction of numbers bandied about since the SSA came under scrutiny at the State Capture commission in late January is somewhat selective.

Former minister turned academic Sydney Mufamadi, who headed the 2018/19 High-Level Review Panel into the SSA, testified the Auditor-General had been “unable to confirm redundant assets in excess of R9-billion as there was insufficient audit evidence and the assets could ‘not be located by the Agency’.”

That assets worth R9-billion were lost was also confirmed by acting Director-General Loyiso Jafta, who in addition told the commission how R125-million could not be accounted for in the 2017/18 financial year.

Does, could “not be located by the Agency” mean looted? Dlodlo is counting that it doesn’t. But even in the smoke and mirrors world of intelligence it might be tantamount to splitting hairs.

Exactly what happened with the rands and cents at the spook agency is now the subject of an independent forensic audit, Dlodlo said. That forensic report would go beyond matters raised before the State Capture Commission, in line with the SSA High-Level Review Panel.

“We have appointed a forensic firm to do this. We are also collaborating with the Hawks. We are looking at financial misconduct and other misconduct.”

Whether such a report would ever be made public remains to be seen as Dlodlo, in the remainder of her 12 minutes’ speaking time, traversed “professional membership committed to the Constitution” alongside “technical and financial capacity”, “national pride and loyalty” and balancing “the need for accountability and the imperative for secrecy”.

And while the minister announced “ordinary people in the streets” would get a chance to make an input into South Africa’s still unfolding national security strategy, trying to clean house behind the SSA’s closed doors is not settling the turmoil.

“Adopt the High-Level Panel Report in its entirety. Now. It says the levels of secrecy are far too extreme – yet not a single thing has changed. Change them,” said Kohler Barnard, who had pulled off quite a feat to get an intelligence debate on the Order Paper.

“Root out the politicisation and factionalisation of the entire civilian intelligence community. The panel found that members of the SSA and senior politicians were illegally furthering the interests of a particular political party. Deal with this. Show that you are taking corruption seriously.”

Those who had wanted to clean up had paid the price with their jobs, whether that’s former Independent Police Investigative Directorate boss Robert McBride, who had probed the police’s acquisition of a grabber surveillance device as part of the factional battles leading up to the 2017 Nasrec ANC conference, or ex-Crime Intelligence boss Lieutenant-General Peter Jacobs, who was suspended and transferred to another SAPS job after turning off the looting taps.

“To an outsider, the impression is that the looters at the State Security Agency, and at Crime and SANDF Intelligence are fighting back, and quite successfully so – destroying careers, doing whatever it takes to ensure that those taps are fully opened once again,” said Kohler Barnard.

EFF MP Mbuyiseni Ndlozi said the problems at the SSA were not structural, but “central is that the ANC has infused its corrosive influence across intelligence institutions”.

Citing examples of the SSA’s “catastrophic failures”, from the 2016 Vuwani school burning to repeated xenophobic violence and the more recent truck burnings, Ndlozi said, “SSA could not provide any intelligence; it is exhausted by ANC internal factional battles.”

The only way to correct this is to remove the “parasitic ANC” from government. “There’s no fixing the SSA… without removing the ANC from power. The ANC’s commitment to corruption will always make it unstable.”

Freedom Front Plus leader Pieter Groenewald pinpointed confidentiality as a major contributor to the lack of accountability from the SSA. The moment a difficult question is asked, the response was the information can’t be provided because it is confidential.

Thursday’s intelligence debate came a week after Dlodlo actually answered a question in the House during the peace and security cluster Q&A.

“We want to see people, if they are guilty, behind bars in jail. If there is no action, you are complicit, Minister,” he added.

Unusually, the chairperson of the Joint Standing Committee on Intelligence (JSCI), Jerome Maake, did not speak at all in this parliamentary debate on “the need to fundamentally restructure the intelligence and security architecture of the Republic to achieve a professional intelligence capability that will respect and uphold the Constitution”.

Thursday’s intelligence debate came a week after Dlodlo actually answered a question in the House during the peace and security cluster Q&A.

And then her response – announcing a probe into claims before the State Capture Commission on how SSA’s Project Justice may have paid off judges – was actually published as a written parliamentary reply to Ndlozi.

Ndlozi’s actual question – which judges, and how much money was involved? – went unanswered.

“I am not in a position to respond specifically to the question on the basis that there is no evidence presented to me to back this allegation,” said Dlodlo.

That’s the standard answer, whether to Groenewald’s question on how many firearms the spooks have lost, and whether any were used in crimes, or Kohler Barnard’s on tensions over Islamic insurgency in Mozambique.

A reply being logged is shorthand for the response being sent to the JSCI – Parliament’s intelligence oversight structure, and the only committee that sits behind closed doors. Effectively, that means the replies don’t ever become public.

The balance of accountability and secrecy that Dlodlo has talked about to date has always come down on the side of secrecy. It’s what the SSA High-Level Review Panel wanted to change. But Thursday’s debate showed there’s a long way to go yet. DM