South Africa falls on the wrong side of growth forecast... 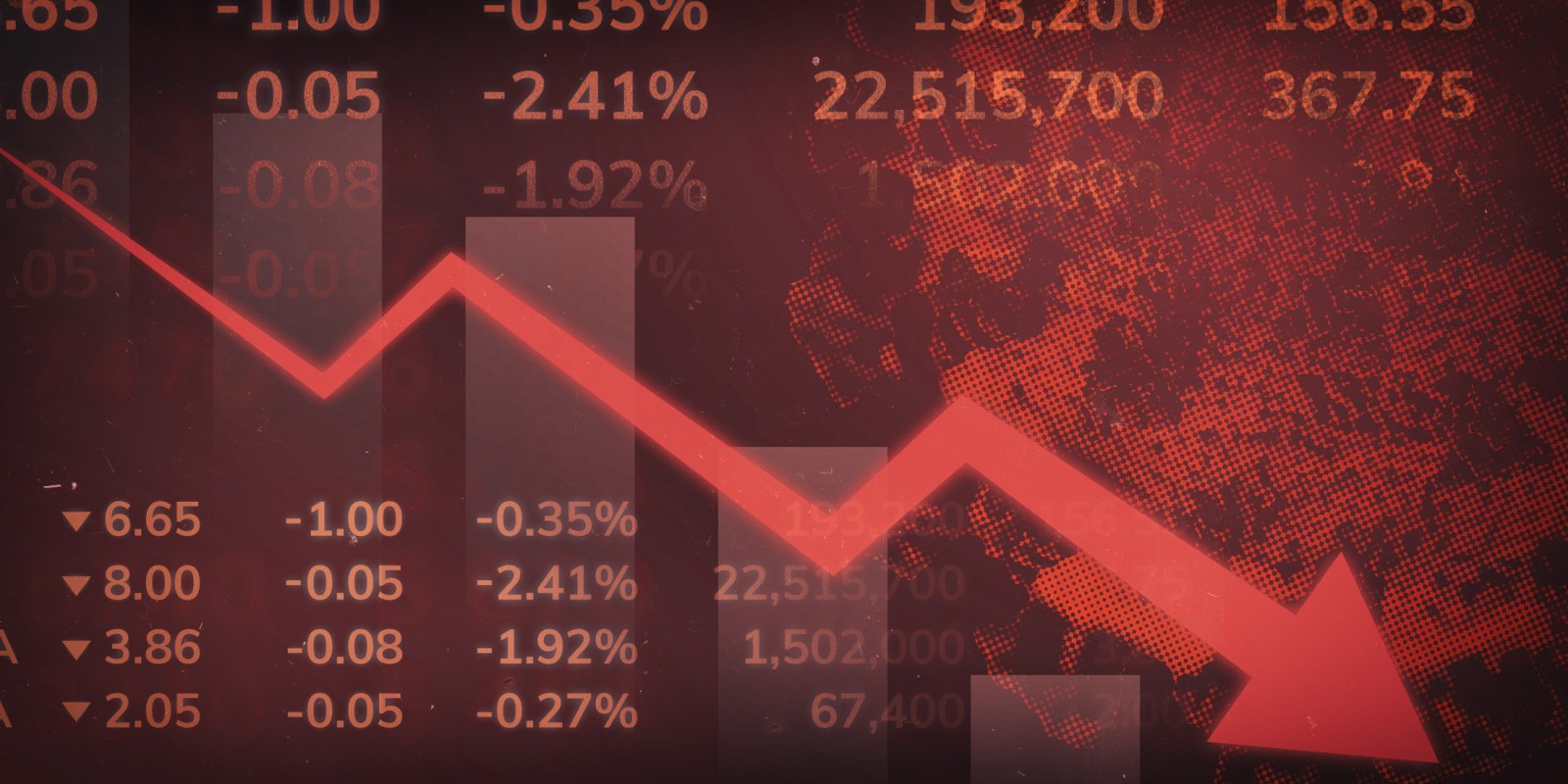 It’s good news that the Organisation for Economic Cooperation and Development has upgraded the global growth outlook — but it’s bad news that South Africa falls on the wrong side of a growing divergence in the economic fortunes of different countries in the world. Deteriorating business confidence adds to the worrying outlook.

The Organisation for Economic Cooperation and Development (OECD) paints a much rosier picture for overall global growth over the next two years, upgrading 2021’s forecast by a percentage point. But in its latest economic outlook, it highlights a growing divergence in regional and country economic fortunes — with South Africa on the wrong side of the forecasts.

The news that South Africa is one of the few countries whose growth outlook has deteriorated from the OECD’s December growth projection adds to the cloud that was cast over South Africa’s economic prospects when local growth data confirmed that the domestic economy had sunk 7% in 2020, in its worst performance in a century.

That was followed by a surprise decline in the Bureau for Economic Research’s Business Confidence Index this week to 35 in the fourth quarter, from 40 the previous quarter, as a result of Covid-19 uncertainty.

With business confidence such a key determinant of future growth prospects, a business world that has little hope that economic conditions are about to turn could well pose a drag on economic activity in the months ahead.

Other countries whose outlooks have deteriorated since December are China, Russia, Saudi Arabia, France and Italy.

The OECD made repeated mention of the worrying divergence in economic growth it is seeing among countries and sectors.

“Prospects for an eventual path out of the crisis have improved, with encouraging news about progress in vaccine production and deployment and a faster-than-expected global rebound in the latter half of 2020, but there are signs of increasing divergence in activity developments across sectors and economies.”

Not only are we one of the few countries to see our growth forecast come down from the OECD’s December forecast, but the status of our vaccination programme is not looking good, with the graph below showing that the number of vaccines per 100 people in South Africa at the beginning of this month was the second-lowest in the grouping.

Our slow progress on the vaccine front, relative to other countries in the OECD, is likely to have been one of the key contributing factors to the downgrade in our growth outlook because the “deployment of effective vaccines” was one of the key contributors to what the OECD terms the faster-than-expected rebound from the pandemic.

It is also one of the key requirements for keeping the global growth recovery on track in what the OECD calls “the need for speed”.

“Faster progress in vaccine deployment in all countries would enable restrictions to be lifted more quickly and enhance confidence and spending.”

Thus the intense pressure on South Africa to improve the pace of its vaccine rollout will remain in place if it wants to narrow the gap between its economic performance versus the other high achievers, like the US and fellow emerging market, Turkey.

The other must-haves the OECD identified as vital to continued growth include fiscal policy support, “with new policy measures implemented promptly and fully if required”, and the maintenance of the current very accommodative monetary policy stance”.

Given our fiscal constraints, South Africa will not be in a position to use fiscal policy as a lever for economic growth. However, the maintenance of accommodative monetary policy would be possible notwithstanding the SA Reserve Bank indicating that it is considering two interest rate increases in 2021.

On the fortunes of emerging markets in Latin America and Africa, the OECD confirms that their recoveries could moderate because they face a renewed resurgence of the virus, vaccine deployment is slow and there is limited scope for additional policy support.

Further discouraging news in the report for South Africa is the OECD’s projection that by the fourth quarter of 2022, our economy is still expected to be more than 5% below the OECD November 2019 pre-Covid growth projection.

As shown in the graph below, the organisation quantifies the lasting cost on world growth to be 2.25% behind the late 2019 forecast at the end of 2022.

That compares with the US and Turkey, the only countries that are expected to have higher growth rates at the end of 2022 compared with the growth rate predicted before the pandemic. 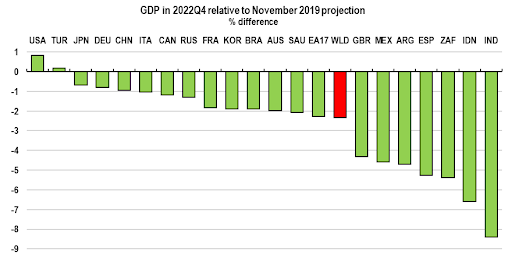 The one thing South Africa looks like it will have on its side are the global headwinds that are so crucial to its growth trajectory — the global economic growth outlook.

The overarching global growth story painted by the OECD was cause for celebration — world economic growth is now expected to be 5.6% and the $1.9-trillion package has the potential to raise the global growth rate by around 1% and the US growth by 3% to 4%.

The organisation did emphasise that the risks to its baseline outlook remain significant. It cited the key risk as the speed of vaccine production and deployment not being fast enough to stop the transmission of the virus, “especially if there is a wider emergence of new mutations that require new or modified vaccines”.

Says the OECD: “For many emerging market and developing economies, the risk of a slower-than-expected vaccine rollout is an immediate concern that could dampen spending. All countries could face substantial repricing in financial markets, reflecting greater risk aversion, and weaker global commodity prices.”

If South Africa has any hope of avoiding these risks and making up for lost ground, the government needs to significantly pick up the pace of its vaccination campaign, as well as make the structural changes needed to inspire business confidence in its ability to lead the country out of this hopefully once-in-a-lifetime health crisis. BM/DM