‘Pocket Queerpedia’ is by, and for, South Africans 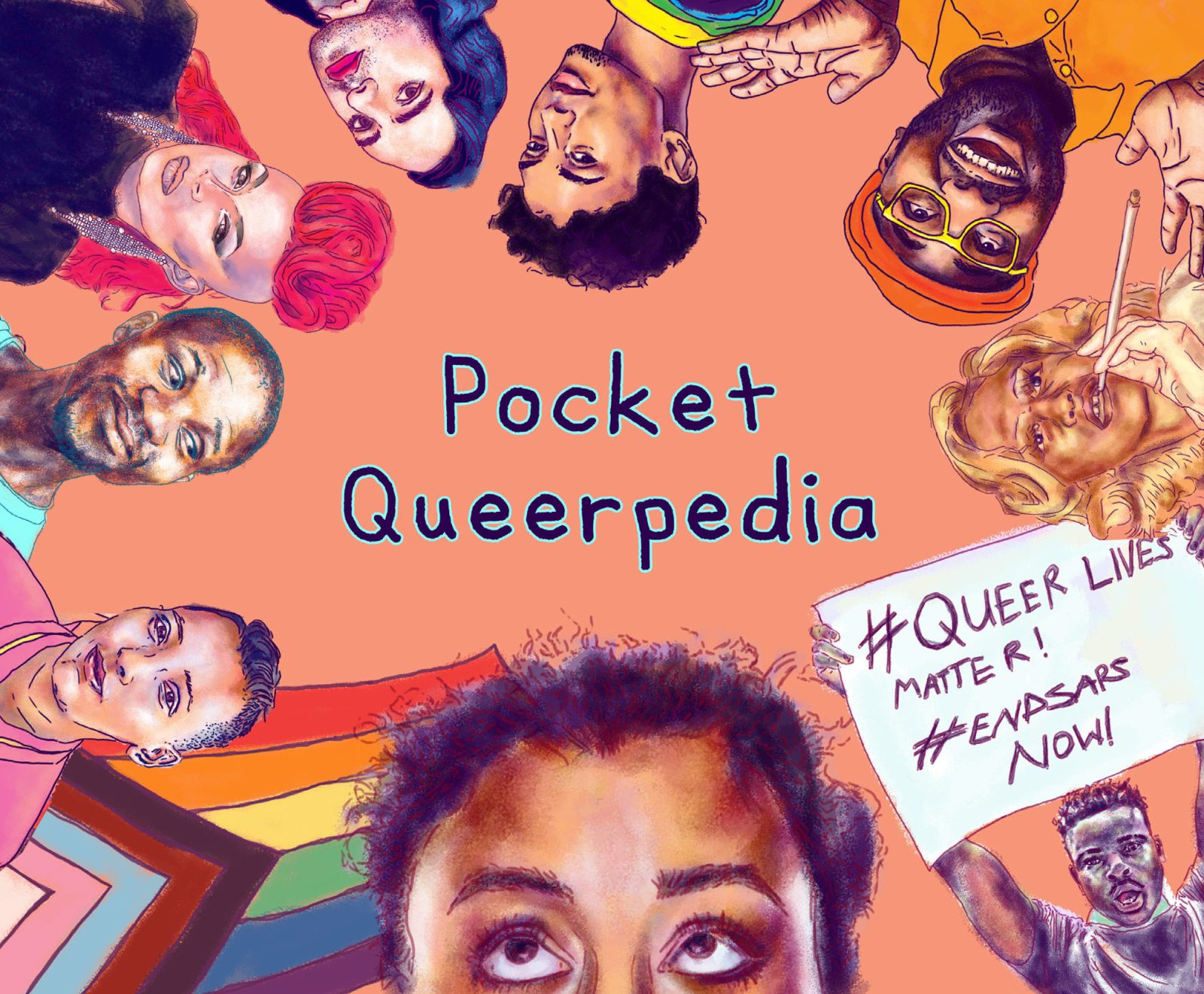 Despite the challenges in translating and defining queer terms into isiXhosa and Afrikaans, the team behind the book plan to publish it in even more South African languages.

“This whole project was like, ‘Ah, fuck this shit,’” Mase Ramaru laughs, recalling the difficulties of translating into isiXhosa the terms and definitions found in the recently released Pocket Queerpedia.

Aimed primarily at activists, educators and queer communities, Pocket Queerpedia is an illustrated glossary of terms that can be used “in teaching on queerness”. The guide, which covers everything from definitions of nuclear family and ball culture to sex chromosomes and medical transitioning, was developed by the Tshisimani Centre for Activist Education in Cape Town.

“Queer education can be one of the most freeing of experiences, yet resources are not always accessible [and/or] suitable for a South African context or visually appealing to young audiences. The Pocket Queerpedia is an offering to respond to this,” says the centre’s press release about the book.

Although there are plans to produce it in other South African languages, for now the book comes in three languages: English, Afrikaans and isiXhosa.

Chulumanco Nkasela was part of the project’s isiXhosa language team. “With translating everything, it was really difficult,” she says. “Because it could be one [English] word, but when you try and translate it into Xhosa, it turns out to be the definition of the actual term. So those were the challenges with terms such as ‘gender dysphoria’ and ‘hormone replacement therapy’. We were trying to find a word, but we’d end up with the definition of that word. Which is a challenge with most vernac languages, not only Xhosa … Even spelling it phonetically would be quite difficult, so we saw it fit to rather leave them just like that.”

The inherent nature of the Xhosa language aside, there was another consideration constantly being factored in: the need to present the various aspects of sexual orientation and gender identity in a way that was empowering and humanising.

“The intention is for the language to be affirming,” says Nkasela. “We did not want to assert the same type of very destructive and dangerous utterances that people pick up … and the way language is used. So instead of having a title called ‘i-lesbian’, we’ll have ‘Umntu O-lesbian’ – a person who is lesbian – or ‘Umntu O-gay’ or ‘Umntu O-transgender’. Because we wanted to humanise the language [so that] people understand and remember that when we speak about a gay or a lesbian person, we’re not talking about an object, we’re talking about a person, and that that is part of someone’s identity.”

“It was difficult,” she says. “[But] even at times when we felt like, ‘Hhayi, let’s just … leave it for now,’ we understood the importance of language [and the] importance of having such a document be delivered in a way that affirms people.”

Nkasela, as with so many queer people, comes into all too frequent contact with the violence of language. This, despite working within the social justice sector.

Prejudices and a lack of awareness

Pocket Queerpedia is the brainchild of Seth Deacon, Tshisimani’s visual materials developer and art curator. A queer man, Deacon realised the need for such a glossary during a feminism and freedom course for young activists that Tshisimani hosted in 2019.

It was during discussions on gender, sexuality and freedom that “we ran into a number of difficulties”. Terms thought of as commonly known had some participants “utterly lost”. More than a lack of awareness, there was also the issue of prejudices held.

“With activists, what people sometimes forget is just because you are progressive in one area doesn’t mean you are gonna have everything sorted. You know, you can have someone who is very aware of the economic implications of things, who is very progressive on housing, but can be quite conservative when it comes to things like gender and sexuality or feminism. And vice versa. So it’s really about thinking through that and trying to find a way to level the playing fields a bit.” DM/ ML