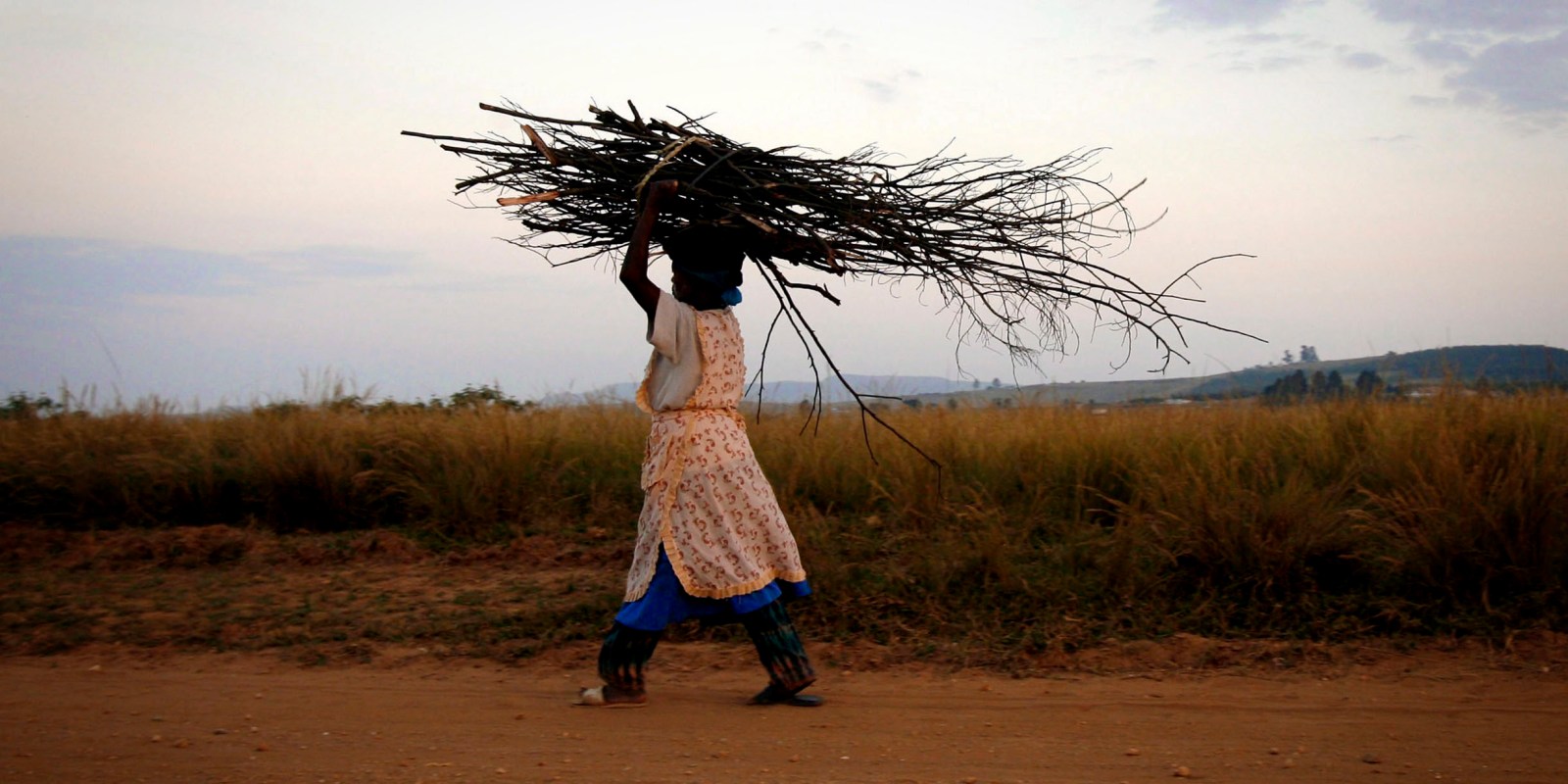 epa01702547 A South African woman walks with wood for cooking fuel in Jacob Zuma's hometown of Nkandla in KwaZulu-Natal, South Africa, on 19 April 2009. South Africa goes to the polls on 22 April in an election widely expected to be won by the incumbant liberation party the African National Congress (ANC). EPA/STEPHEN MORRISON

For years, the controversial Ingonyama Trust, which administers tribal land in KwaZulu-Natal, has been criticised for discriminating against women on the basis of gender and denying their rights to land tenure. Board chairperson Jerome Ngwenya denied these claims during an engagement with journalists on Wednesday.

The Ingonyama Trust says it has not been complicit in limiting women’s access to tribal land in KwaZulu-Natal.

This was stated by Ingonyama Trust Board (ITB) chairperson Jerome Ngwenya, who fielded questions from journalists during a Zoom engagement with the South African National Editors’ Forum (Sanef) in KwaZulu-Natal on Wednesday.

“The issue that there are women struggling for land… either it’s not there or they are referring to other places outside Ingonyama Trust land,” he said.

Ngwenya was responding to queries around facilitating access to farmland for women who are battling to obtain land administered by the trust.

The ITB controls 2.8 million hectares of communal land in the province, with Zulu King Goodwill Zwelithini as sole trustee. The trust has been criticised for being unconstitutional, discriminating against women based on gender and unfairly treating residents living on trust land in rural areas.

In August 2020, Ngwenya was mired in controversy after saying a bill designed to address unfair discrimination of women to their right of land tenure should not apply to land administered by the trust. The proposed legislation is the Upgrading of Land Tenure Rights Amendment Bill.

Ngwenya was quoted as saying during an Agriculture, Land Reform and Rural Development parliamentary committee meeting that the “exercise” would “do more harm than good”.

Women’s land and property rights have traditionally been undermined under customary law in South Africa. In 2015, the trust came under fire when it required residents to sign 40-year lease agreements and pay rent for land they had owned by the customary right for generations.

The matter was taken to court in 2018 where it emerged that women, in particular, had their land rights stripped away since only males were allowed to sign leases.

According to reports, in some instances widows were evicted from family homes by their sons, and women were forced to apply for leases through boyfriends who had no stake in the land.

In December last year, judgment was reserved in the complex case brought to the Pietermaritzburg High Court by the Legal Resources Centre on behalf of the Council for the Advancement of the South African Constitution, the Rural Women’s Movement and seven informal land rights owners.

The applicants wanted the leases declared unlawful and invalid under the Constitution. This included the cancellation of lease agreements and a refund of all money paid by the lessees.

Ngwenya, who participated in Wednesday’s discussion in a bid to dispel “misinformation” and “disinformation” he felt was perpetuated by the media and civil society against the trust, said countless women had access to land as subsistence farmers.

He found it “strange” that when reports surfaced of women who struggled to access land, they were people whom the trust often didn’t know or could not locate. But, said Ngwenya, “those people conveniently have access to the media that is gunning for Ingonyama Trust”.

It was suggested that the ITB commit to hosting a workshop to train journalists on land management and how the trust works.

Also present at the engagement was Inkosi Thabisile Zulu, the deputy chair of the provincial house of traditional leaders and a member of the Zulu royal council. She explained that to access land, one needed to first approach the local headman to identify available lots, then consult with the traditional council. The ITB is not approached directly.

A tale of three bills and three lawmaking pitfalls

However, traditional leaders have been criticised for barring women from land tenure rights and being the driving force demanding that only men can sign the controversial lease agreements.

In a step towards land reform, the Cabinet approved the Land Court Bill in late February which might result in significant amendments to at least nine existing laws, including the Ingonyama Trust Act.