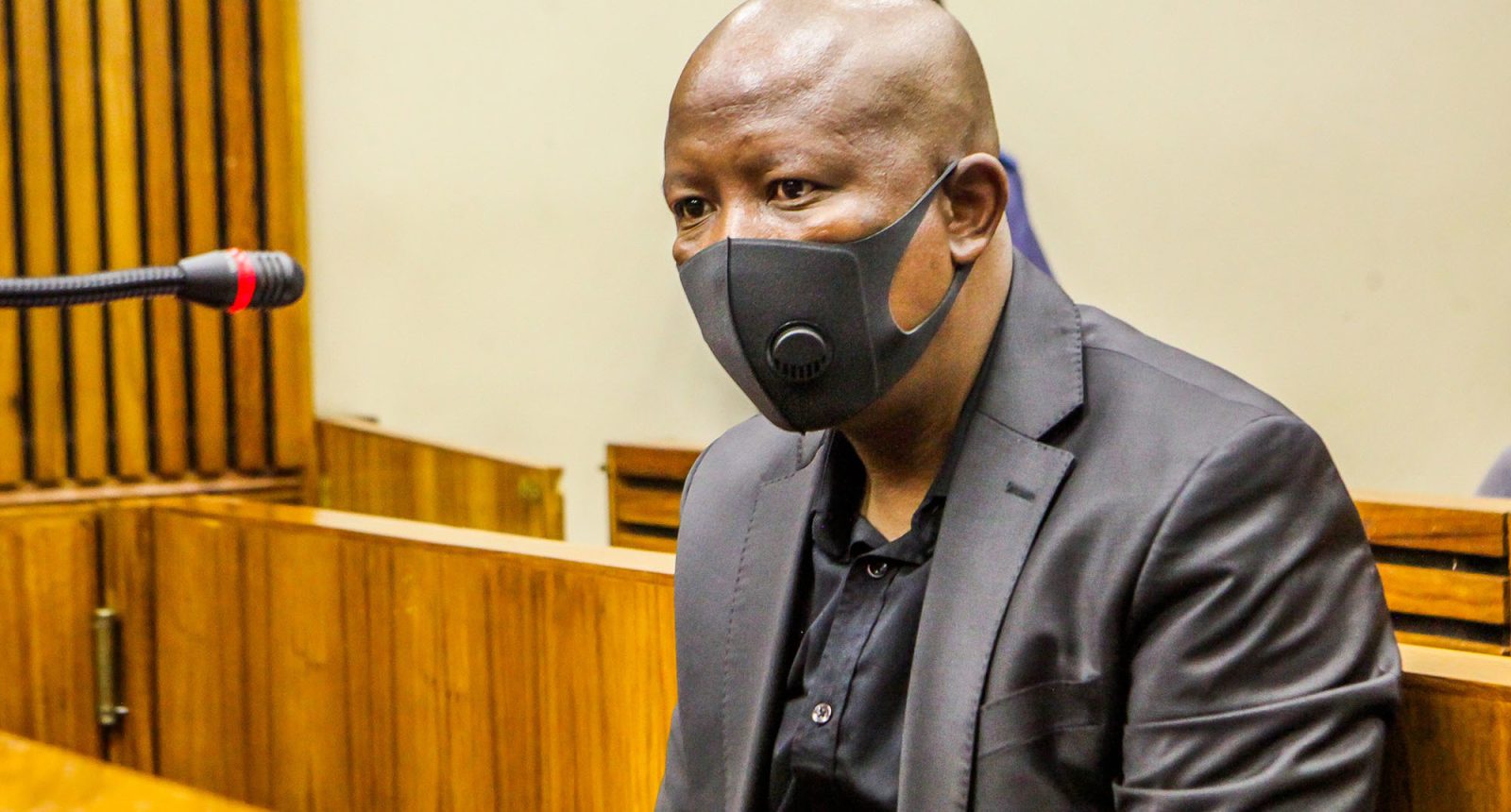 The alleged assault was captured on a closed-circuit TV camera, and evidence about this came under scrutiny on Tuesday.

The focus at the assault trial of EFF leader Julius Malema and former national spokesperson Mbuyiseni Ndlozi was on video footage when they appeared in the Randburg Magistrates’ Court on Tuesday.

Malema and Ndlozi are accused of assaulting Lieutenant-Colonel Johannes Jacobus Venter at the funeral of Winnie Madikizela-Mandela at the Fourways Memorial Park on 14 April 2018. They are accused of shoving Venter after he blocked them from accessing the cemetery.

Malema and Ndlozi have entered a plea of not guilty.

The proceedings centred on video footage as the incident was captured on a closed-circuit television camera. Fourways Memorial Park operations manager Deon Klingbiel told the court he downloaded the footage on to a USB stick at the request of another officer, Colonel James Bronkhorst, and they watched the footage in the control room.

“Did Colonel Bronkhorst tell you why he required the footage?” prosecutor Yusuf Baba asked Klingbiel.

“He said it was for internal use,” replied Klingbiel.

Venter had told the court that Malema and Ndlozi shoved him when he explained to them that they could not enter the cemetery in a vehicle but only by foot.

Some of the testimony focused on Malema and Ndlozi’s accreditation for the event.

Laurence Hodes, Malema and Ndlozi’s lawyer, had said that Venter had no right to stop the duo’s vehicle from entering the cemetery because it had earlier been cleared during a memorial service at the Orlando Stadium.

Venter had previously testified that Malema and Ndlozi’s vehicle had no visible accreditation.

Malema had previously stated that very little would have stopped him from attending the funeral of Madikizela-Mandela, whom he often referred to as “Mama”.

Outside court, 11 maskless EFF members sang Struggle songs and were asked by the police to put their masks on.

Ernst Roets, AfriForum’s head of policy and action, expressed relief that there was finally progress in the case.

“Initially there was no progress in the matter; it seemed to us that the prosecution was not willing to prosecute the case.

“AfriForum’s private prosecution got involved and engaged the NPA [National Prosecuting Authority]. They continued with the matter after our involvement,” Roets said.

The case against the two EFF leaders was supposed to begin in March 2020, but was delayed by the advent of the Covid-19 pandemic. Lawyers had also requested more time to prepare.

Malema and Ndlozi are out on warning, and the case against them continues. DM