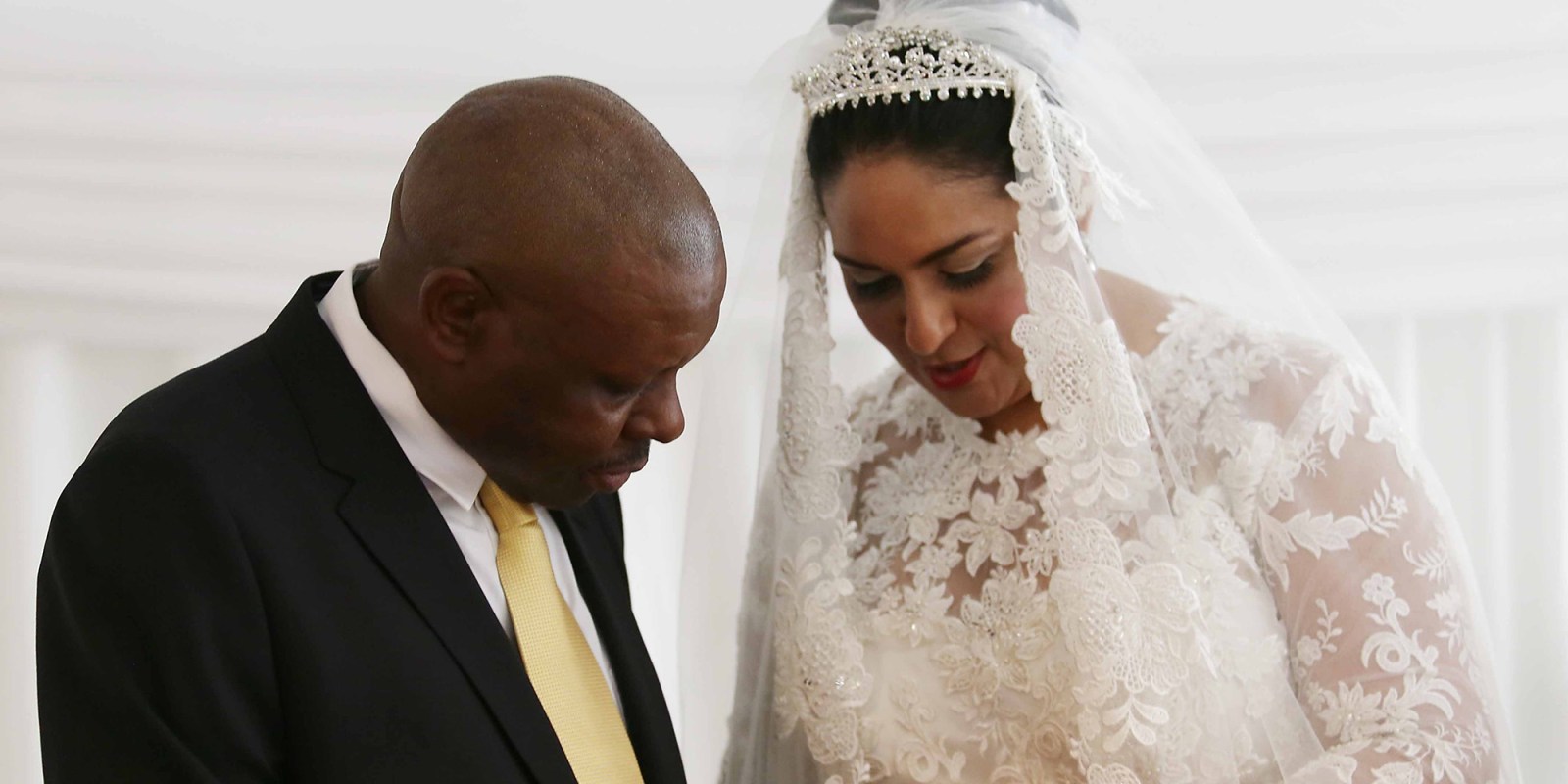 Whatever it was that occurred in September 2017 during recess at the Pinelands home of Western Cape Judge President John Hlophe will now be the focus of a Judicial Conduct Committee tribunal.

The “domestic incident”, drawing in Western Cape Judge President John Hlophe’s wife, Judge Gayaat Salie-Hlophe, as well as Deputy Judge President, Patricia Goliath, lies at the heart of the “total collapse” of the relationship between Hlophe and Goliath and has affected other judges in the division as well.

It is for this reason that Judge Nambitha Dambuza has recommended to the Judicial Conduct Committee (JCC) that the Judicial Service Commission (JSC) establish a tribunal to consider the veracity of each woman’s version of events which led to the breakdown and the unseemly public unravelling.

The deterioration of the relationship between Hlophe and Goliath had also led to tension between judges, some of whom had been drawn into crossfire. These judges might still be subpoenaed to provide evidence, albeit, as some suggested, “confidentially”.

Dambuza was designated by acting chair of the Judicial Conduct Committee, Deputy Chief Justice Zondo, to consider the January 2020 complaint of gross misconduct to the JSC by Goliath against her boss, Hlophe and his wife Salie-Hlophe.

While Dambuza dismissed Goliath’s other allegations that Salie-Hlophe had been improperly involved in the management of the division; that she had received preferential treatment and had made unwarranted complaints against her colleagues, it was “imperative” that the domestic incident be “properly determined”.

If Goliath had indeed made statements urging Salie-Hlophe to lay a false criminal charge against Hlophe, “it seems to me that that would prima facie be impeachable misconduct”, said Dambuza.

Similarly, she said, if Salie-Hlophe falsely accused Goliath, “that too would be impeachable gross misconduct”.

Goliath set out in earlier affidavits to the JSC how the alleged incident had taken place at Hlophe’s home in Pinelands. Salie-Hlophe and Hlophe keep separate households.

It is Goliath’s version that Salie-Hlophe had requested Goliath to proceed to Salie-Hlophe’s home where she would meet up with her after having been to her husband’s home.

On arrival back at her home, Salie-Hlophe had been “clearly distressed and in pain” said Goliath.

Salie-Hlophe had accused Goliath in a media statement of having an unhealthy obsession with her marriage and of fabricating her claims. She also accused judge Goliath of racism.

Hlophe himself, in an answering affidavit, had said that his failure to delegate duties to Goliath had been based on “a breach of trust” as well as the fact that he felt Goliath lacked certain competencies.

Said Hlophe: “Importantly, quite apart from what she [Goliath] advised my wife to do (viz. divorce me, drop my name, report me for assault, etc) the DJP reported on my whereabouts to my wife, which is a fundamental breach of trust, and thereby triggered the incident [at the JP’s home].”

Salie-Hlophe admitted to having told her husband about Goliath’s involvement in the “personal domestic incident” and that he had not been “pleased” with Goliath’s “interference in our personal lives”.

She denied that anything she mentioned to her husband had been a fabrication “and any alleged behaviour or decision on the part of the JP towards the DJP cannot be attributed to me”, said Salie-Hlophe.

My sense was that some of the allegations made in the complaint required clarification, the complaint was far from frivolous, or ‘vague to the extent of being embarrassing’ [as stated by Salie-Hlophe].

Dambuza said while she agreed Goliath’s complaint against Salie-Hlophe was not clearly formulated, particularly with regard to the identity of judges “allegedly affected by the misconduct”, this was no reason to dismiss the complaint.

“My sense was that some of the allegations made in the complaint required clarification, the complaint was far from frivolous, or ‘vague to the extent of being embarrassing’ [as stated by Salie-Hlophe],” said Dambuza.

Section 17(2) of the JSC Act provided for an inquisitorial inquiry into a complaint where, unlike civil proceedings, there is no onus on any person to prove or disprove any fact.

The primary aim of the process, said Dambuza, was to “facilitate accountability, and to assess fitness to continue holding office as a judge”.

Therefore Salie-Hlophe and Golaith would be called to give their versions.

Goliath had named five judges who she claimed had complained to her about Salie-Hlophe. However, Dambuza said most had had “no recollection” of events, while only two were willing to discuss tensions in the division, albeit “confidentially”.

She said her requests to the implicated judges for responses or comments to Goliath’s affidavits “did not yield much in support of the complaint”. In fact, she had hit a “blank wall”, she remarked.

Judge Andre La Grange had responded, said Dambuza, and had agreed with the complaint that the process of appointing acting judges was not transparent in the division.

He had suggested that the JCC conduct confidential interviews with judges in relation to the accusation of the atmosphere of “fear and intimidation” Salie-Hlophe had brought with her to the division.

Judge Lee Bozaliek had given the “most extensive” response to the committee, said Dambuza, and had confirmed that “there was a sense of apprehension in the division” and that colleagues were “reluctant to openly raise matters related to the JP and Salie-Hlophe”.

Bozalek complained of a lack of “meaningful interaction” between judges and that there was no forum to discuss matters, including ‘the ‘disproportionate role played by Salie-Hlophe in the management of the division’”.

Bozalek had also said that confidential interviews with judges “would yield better results”.

Acting Judge Bryan Hack had confirmed to the JCC that his friendship with Salie-Hlophe had predated the latter’s appointment to the Bench. However, he denied that Salie-Hlope played a role in his appointment in the Western Cape Division. It had been at Hlophe’s insistence, said Hack.

In another matter entirely, in March 2021, Hack, while an acting judge in the Western Cape division, acted for his colleague Salie-Hlophe in a personal matter involving Salie-Hlophe’s former husband, advocate Adrian Samuels.  The matter was heard in the Gauteng division as per instruction from Hlophe.

Advocate Paul Hoffman, of Accountability Now, has subsequently written to Justice Minister Ronald Lamola, inquiring whether Hack was an acting judge when he acted as counsel for Salie-Hlophe.

Daily Maverick has also sent questions to the minister’s office and we still await a response.

Hlophe has submitted Hack’s name to the JSC for a permanent position on the Bench.

(As a student in the 1970s, Hack was president of the Conservative Student’s Alliance at UCT. He was charged under the Terrorism Act in 1977 for bombing  the home of anti-apartheid clergyman, Beyers Naude, the offices of the Black Sash and the IRR, as well as the home of Colin Eglin, leader of the then recently formed PFP. Hack was 22 at the time.)

Judge Dambuza said Judge Mushtak Parker, whom Hlophe is accused of assaulting, did not respond to requests.

Goliath had charged that it had been Salie-Hlophe who had complained to her husband about Parker, an action which had then resulted in the then alleged assault.

Parker will face his own JSC inquiry into the matter. He has since been suspended.

Dambuza said the separation of the complaint against Salie-Hlophe from that of the Judge President “was that a significant portion of the allegations immediately became irrelevant to this complaint”.

Dambuza said while there may have been “rumblings of dissatisfaction” about aspects of management of the division, “there may also be an environment of fear and apprehension among the judges of the division, for some of them at least, but I am unable to find that these emanate from misconduct on the part of Salie-Hlophe”. DM