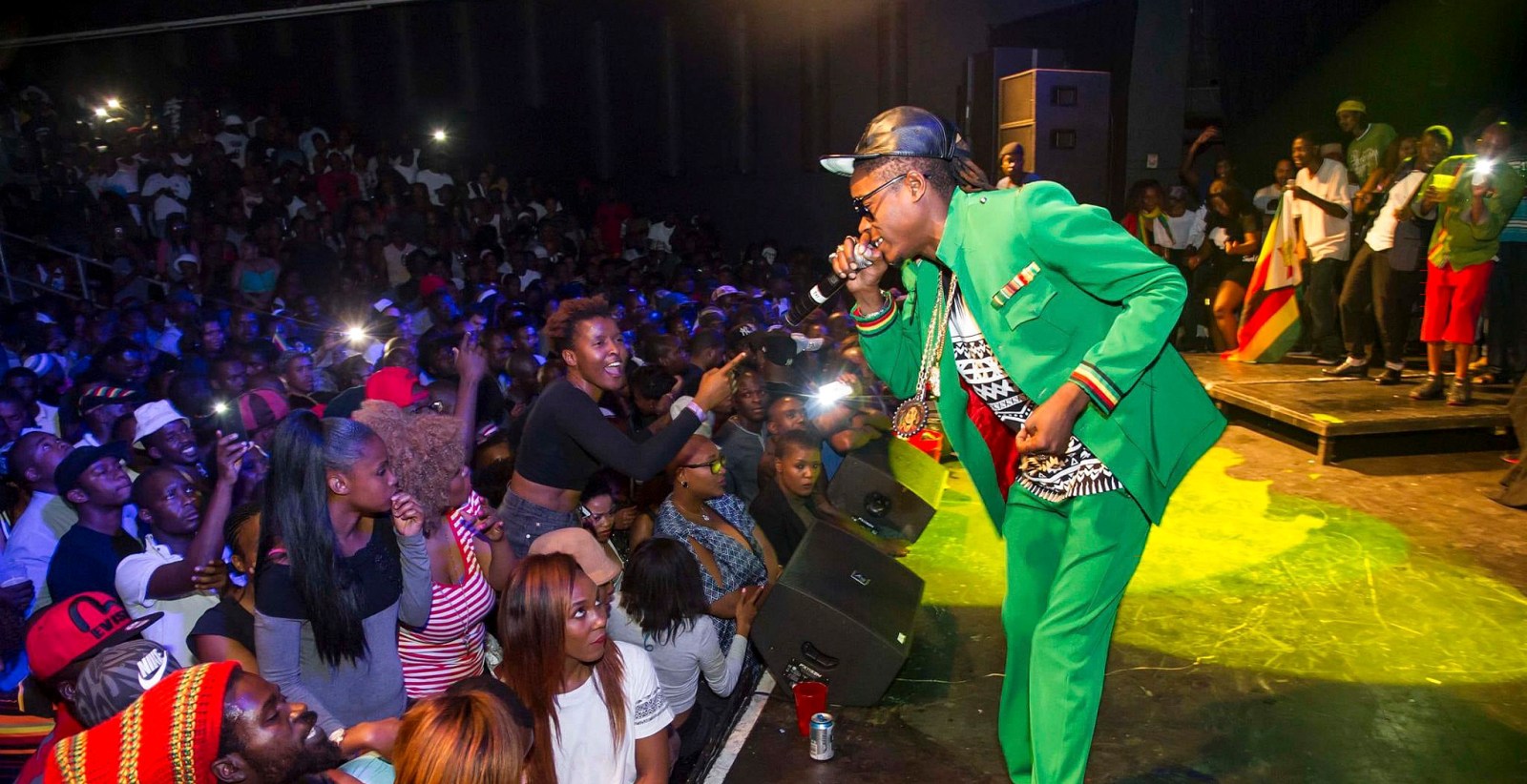 Bunny Wailer, U-Roy and Soul Jah Love spoke the same universal language. The music is their unity and ours.

Bunny Wailer, the last of the original Wailing Wailers, died of a stroke at the age of 73 last week. He and his childhood friend Bob Marley formed a vocal trio with a young Peter Tosh in 1963, a year after Jamaica’s independence. Their harmonious singing style was typical of the ska music genre — upbeat music that defined the cultural mood of a new freedom, similar to the way Kwaito music articulated the new spirit of 90s South Africa.

Ska’s time was a world at the height of the cold war, the atomic age, national liberation struggles and victories, the US civil rights movement and Vietnam. Against this backdrop, ska fiercely celebrated and questioned the new Jamaican society, with popular songs of love and common injustice influenced by the sounds of the day; R&B and jazz from American radio, Jamaican folk and gospel style, and even colonial marching band music mostly heard in the horn riffs.

The Wailers’ Simmer Down and their original ska version of One Love recorded at Coxsone Dodds’ Studio One label are typical examples and were huge anthems in Jamaica at the time.

Producers like Dodd hand-built giant sound systems to showcase their own music productions at large outdoor “lawn dances” and “dancehall” venues. The expertise of these producers was born from dancehall culture, their fresh studio techniques honed through crafting music to sound as dynamic as possible when played through the big sound systems. The success of The Wailers and their ska and “rocksteady” contemporaries is intrinsically tied to the dancehall.

Given The Wailers’ monumental legacy, it’s surprising to recall that the trio parted company as early as 1974. After a turbulent period making music with the legendary, larger-than-life producer Lee “Scratch” Perry, The Wailers signed to Chris Blackwell’s Island Records where they reinterpreted many of their earlier songs into the emerging reggae style.

Reggae developed from the earlier genres in a slower, downbeat tempo, matching the cynicism that accompanies neo-colonialism: “Babylon release the chains but dem a use dem brain”, as Black Uhuru once sang.

A year before they parted ways, The Wailers appeared on the British TV music show The Old Grey Whistle Test, performing a song of love; the sexually suggestive Stir It Up and a song of injustice, Concrete Jungle. This assured performance, new image and subsequent touring set them for global popularity.

The many reasons given for the Wailers’ disbanding can best be described as the same problem that all artists struggle with in their work today: The contradictions between local cultural expression and commercial global culture.

Bob Marley went on to form the legendary Bob Marley & The Wailers while Peter Tosh and Bunny Wailer both had successful solo careers. Hard lessons learnt, Bunny Wailer and Tosh are rare examples of artists who owned all rights to their works from that time onwards. All three were musical revolutionaries who inspired struggling people across the world, including here in South Africa, a country that gave rise to its own Tosh-inspired reggae star, Lucky Dube.

Bunny Wailer’s 1976 solo album Blackheart Man showcases his Rastafarian side in classics like Rasta Man and Armagideon as well as his soulful crooner roots in Dreamland, a cover version of US R&B group El Tempo’s My Dream Island. He recorded it several times, but the version worth mentioning here is the Lee Perry produced 1971 Wailers single, with Bunny Wailer on lead vocals.

Bunny Wailer’s voice is washed in a haunting reverb, one of Lee Perry’s trademarks, lending a dreamy feel to the dreamland-themed love song. Contrast Perry’s production treatment with that of his B side Dreamland Version performed by reggae legend Daddy U-Roy who also sadly died two weeks ago, aged 78.

U-Roy’s vocals are treated by Lee Perry exactly as a “toaster” or “master of ceremonies” (MC) would sound, performing through the speakers of a dancehall sound system. U-Roy was one of the founding fathers of toasting, a word taken from the formal toastmaster of a banquet, the musical grandfather of today’s “rapper”. In Jamaica, they are also known as DJs, while the guy who spins the music is called the Selector.

As a DJ, U-Roy worked on Coxsone Dodds’ sound system and his job was to introduce the latest tracks and hype them up to the crowd. When the record was flipped over to the instrumental B side or “dub version”, U-Roy would freestyle lyrics, often incorporating the chorus or theme of the A side into his delivery. This style became so popular that artists such as U-Roy would be called to the studio to record their best lyrics or to feature on the original song as a remix release.

This relationship between the Selector and DJ as a path to commercial production, and as live entertainment, is the cornerstone of dancehall music. U-Roy eventually operated his own sound system called King Stur Gav which in turn launched the careers of many famous reggae artists.

Jamaican dancehall’s influence is wide and spawned genres as diverse as American rap and deep house. But the direct descendants are the dancehall communities that have flourished across the world.

America, Canada and the UK were first as they had large Caribbean communities. But across Africa, there are thriving dancehall scenes, up-and-coming in South Africa, but mainly in Ghana, Nigeria (Afrobeat crossover) Kenya and Zimbabwe. Zimbabwean reggae is called Zimdancehall and has the most prolific musical output on the continent.

The day before U-Roy died, the saddest news of these weeks for reggae hit — especially tragic because Zimdancehall star Soul Jah Love was only 31 years old when he died of complications related to diabetes.

The famously troubled entertainer, also known as Chibaba and Sauro, was accorded national hero status by Zanu-PF with a state funeral and gun salute. On the streets of Mbare, Harare, his talented lyrical style touched a chord and he was accepted as a voice of the people.

My own sound system, “African Storm”, formed with musical partner Jahseed in 1996, hosted Soul Jah Love at our weekly Johannesburg dance in December 2015.

Jahseed, of South African afro-pop group Bongomaffin fame, is Zimbabwean and, as such, African Storm has always had a strong connection to Zimdancehall. We played Soul Jah Love’s Ndini Uya Uya as a crowd anthem every week from its release in 2014: according to Jahseed, the rough translation of the song from Shona is:

Soul Jah Love had to stop and restart his performance of Ndini Uya Uya three times that night because of the crowd’s excitement. In person, he was friendly yet enigmatic, as expected from an artist with publicly aired problems.

His clever lyrical style could mix tales of ghetto hardship with comedy, making him a theatrical figure that fitted perfectly into dancehall culture. When an artist as talented as Soul Jah Love’s life is cut short, one can’t help imagining what could have been.

Reggae has always imagined what could have been or what could be. In its heyday of the liberation struggles, it described a better world in content and form, something people struggle to do today in an increasingly individualistic world captured by multinational globalisation.

Bob Marley sang at Zimbabwe’s 1980 independence celebrations: “Every man got a right to decide his own destiny” — but in today’s world, they still don’t.

Soul Jah Love sang of people’s daily troubles in this existence, in Shona, but speaking the same universal language as Bunny Wailer and U-Roy. The music is their unity and ours.

Andy Kasrils, aka “The Admiral”, is a DJ and film critic.