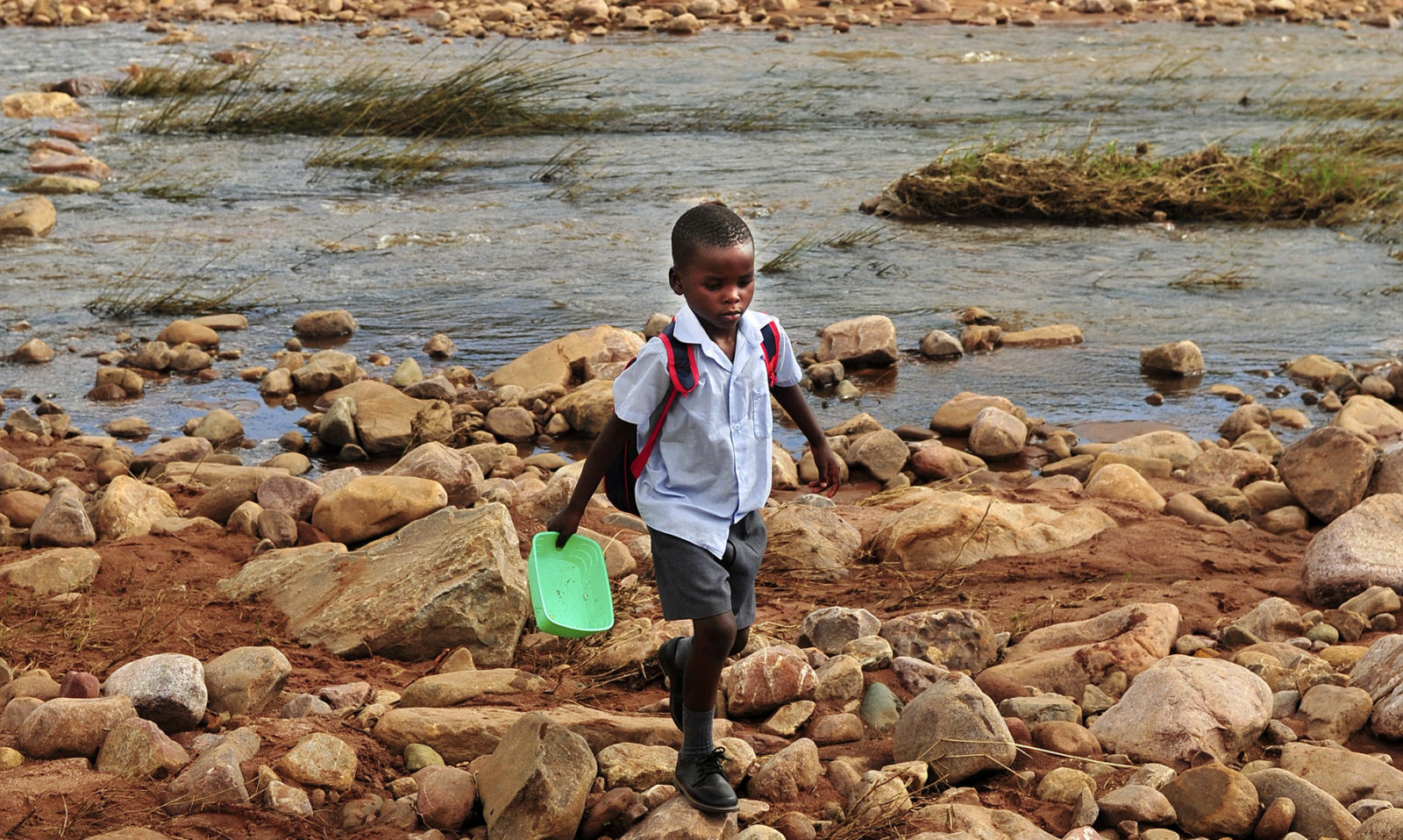 Azwindini Rendani walks in slow measured steps in the knee-high waters of the fast-flowing Mufongodi river. She calls out to someone on the other side of the river to ask whether the children are already on their way.

Satisfied, she walks back across the river to a point where villagers have chopped off a big tree branch to create a makeshift pedestrian across the river. A wooden pedestrian bridge built by the Makhado local municipality was washed away by the raging river in recent floods.

Since then the Natal section of the remote village of Sane, about 100km northeast of Makhado has been cut off from the rest of the area and the world. There is no other bridge across the river, which is about 50m wide in parts.

There is no school, clinic, shop or any other amenities in the Natal section. As a result, residents have no other choice than to cross the river to access services in the main village. The village is pressed between high, imposing mountains to the north and the river to the south. The school is located about 800m from the riverbank on the southern side.

Every morning since the bridge collapsed, women accompany their children — who are enrolled at the Sane Primary school — to the river to help them cross. Then in the afternoon, concerned mothers wait at the crossing point to ensure the little ones make it safely across.

At 2pm when the siren at the school sounds, Rendani drops all her chores and rushes to the river bank to meet her son who is in grade R.

Together with other parents, they cross to the other side of the river. Then once there, they take turns carrying the children on their backs. They then hold onto a steel wire tied to a tree trunk still standing on the bank. Then they carefully shuffle over the trunk lying over the raging water below.

Although this crossing on the branch is just a little under 10 metres in length, it is nevertheless a frightening experience with the river raging powerfully below. A slip or wrong step could have dire results, especially for the children.

The little ones hold on tightly to their elders during the crossing.

“He is scared. We are also scared because this is dangerous,” says Rendani about her five-year old.

The crossing, using the tree branch, is not the end of it. After successfully crossing this stretch they now take off their shoes and socks, fold their pants and hold on tight to their bags to walk through shallower waters that are knee-deep for most adults but deep enough to reach a child’s chin.

“The water is too cold in the morning,” says teacher’s assistant at the school Zwivhuya Ramathavhana.

She walks with the young ones to the river from school when the bell rings. She waits under a tree until all the small ones whose parents aren’t present are gathered. She makes several trips across the makeshift crossing carrying them one by one on her back.

“I’m just assisting the younger ones to ensure they cross safely. The children are scared and this affects their concentration in school,” she says.

Rendani says her son cries all the time when it’s time for school, citing the exercise of crossing the river as the source of his tears.

The Makhado local municipality has promised to build a new bridge which is set to be completed in six months. This would also depend on weather conditions. Workmen were already in the village this week preparing to start construction.

But for now, the precarious crossing across the Mufongodi continues for the children. The same danger awaits the elderly on their way to the clinic or pension pay point. Groceries are carried head-high during the crossing and last month, the body of an elderly citizen — who had died after struggling to cross the river to get health care — had to be driven across the river on a tractor-trailer. DM/MC – Mukurukuru Media