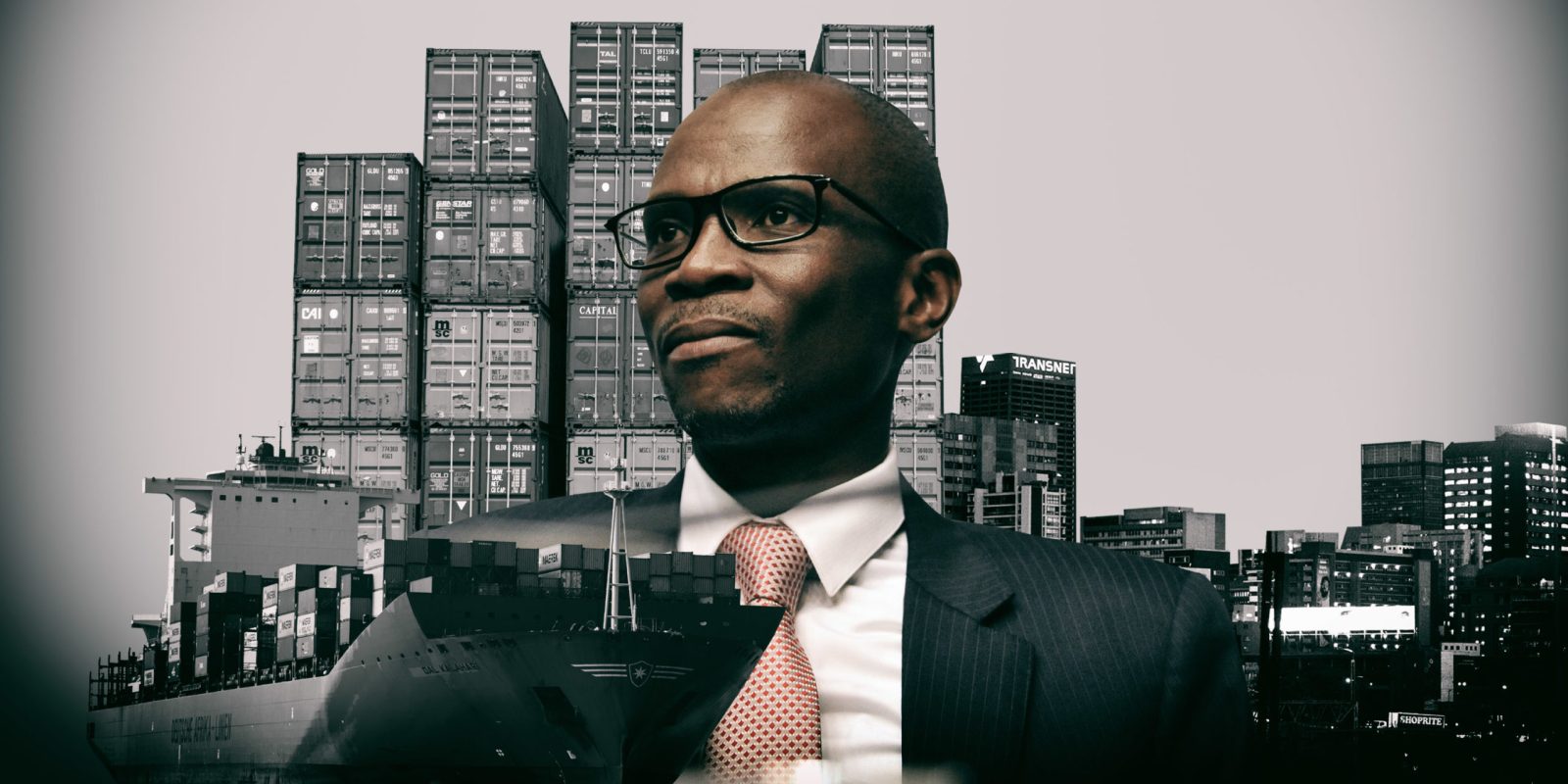 The operation is positioning the state to play a critical role in crafting economic growth and transformation through prioritised structural reforms. Deputy Finance Minister David Masondo says ‘this is not like steering a ship in calm weather towards a particular goal… more like trying to keep a compass heading against rough seas and countercurrents’.

This is Part Two of a two-part series. Part One can be read here.

Two important actions in the past few weeks signal that – at last – the president and his allies in government have seriously started to engage with the hard business of reform.

The Budget – whatever else you might say about it – involved an unambiguous set of decisions to halt the endless rise in South Africa’s deficit and the terrible consequences that would flow from a full-blown fiscal crisis. The minister of finance could not have taken these decisions without support from the president.

The second area of action concerns the newly revamped and empowered Operation Vulindlela – the president and Treasury’s instrument to push and promote economic reform. This article will examine Operation Vulindlela and its view of the obstacles facing reform as described in two recent articles by the deputy finance minister.

Operation Vulindlela involves a few senior members of government whose mission is to focus on a limited number of the long-promised structural reforms – mainly in network industries: electricity, digital communications, water and freight transport. Operation Vulindlela is defined in diplomatic terms as an initiative that “monitors progress, engages with reform implementers, escalates challenges, provides support to fast-track implementation and provides progress reports that are independent of the reform implementers”.

In other words, this is the mechanism – perhaps the long-awaited team – to push the president’s list of reforms within Cabinet and the civil service (and implicitly the ANC). The list is deliberately not comprehensive and focuses on a limited number of “prioritised structural reforms” while acknowledging that other reforms, including land reform and industrialisation, will continue to be implemented by the government, even if not part of Operation Vulindlela.

Masondo asserts that business confidence has been low in South Africa since pre-Covid due to a failure to supply reliable electricity, water, telecoms and transport logistics to move goods and people, and that the implementation of structural reforms has been very slow hence the need for Operation Vulindlela to “unlock economic growth and transformation”.

For the first time, three reasons are put forward for the slow pace of reform.

The first is “policy contention”. It is argued that policies are often developed and approved at a high level without clarity on the details of how they will be implemented: “More detailed policy questions often arise during the course of implementation and when these are contentious and difficult to resolve they can result in delay or even paralysis in implementation.”

Two examples of this problem are provided. Should the Transnet National Ports Authority be corporatised as required by the National Ports Act 2005? For 15 years this has not been resolved because of its complexity – the impact of corporatisation on Transnet’s balance sheet; loan covenants, ability to provide integrated freight transport service; how private-sector concessions can block access to new, “particularly black exports”; and concerns about Transnet’s conflicts of interest in regulating port operations as the ports authority while being one of the port operators.

The second example concerns reform to enable more private sector investment in embedded electricity generation, which, it is claimed, is not contentious but some detailed actions required to implement it are. Thus, there is considerable debate on whether to raise the licensing threshold for embedded generation.

The second reason for the slow pace of reform is the lack of state capacity which, it is argued, has several dimensions: skills, leadership, governance, institutional systems and processes, information management systems and resources. Although it is asserted that the government has had successes in the past (quite distant) – SARS, Home Affairs and IDs among them – the focus of explanation concentrates on weak leadership in government, inappropriate organisational design, poor recruitment practices and an inability to retain skills.

The conclusion by the deputy minister: addressing leadership and government weakness is ultimately a political issue.

The third reason for the slow pace of reform is that there are “anti-growth economic interests” which resist change to “protect their turf”. This results in political resistance to reform. An economic crisis can set the conditions for reform but it can make reform more difficult because it “may worsen the hardship of beneficiaries of the status quo” and the “bargaining and rapprochement” required for negotiated reform may be more difficult because of the risk (or is it the threat?) of societal unrest. Ultimately, the resolution of the crisis depends on the “balance of power between reformers and anti-reformers”.

Opposition to reform also comes from the state itself, including the state-owned enterprises. Examples given include the SABC or energy where coal mine owners supplying Eskom power stations are likely to be displaced by independent power producers. With respect to energy there is a government formula to address losses by the incumbents through the “concept of transitional justice” where these losses must be negotiated with the industry and economic actors.

Operation Vulindlela is positioning the state to play a critical role in crafting economic growth and transformation through prioritised structural reforms. According to Masondo, “this is not like steering a ship in calm weather towards a particular goal… more like trying to keep a compass heading against rough seas and countercurrents”. Some of these waves relate to coalition building which is a “bargaining problem to resolve the question of how to compensate losers who have already sunk costs into certain industries to be disrupted by the reform agenda”.

The deputy minister argues that Operation Vulindlela on its own cannot overcome the “deep-seated anti-sustainable growth of economic class interests”. This will require an “organised sustainable growth path coalition built around the minimum programme of structural reform composed of labour, business, state and progressive civil society”. He argues that the coalition of “corporatist Nedlac dialogue and popular struggles from below” can make a significant difference in tackling the anti-growth reform agenda and references China where he asserts that economic reform was enabled by pro-growth forces led by Deng Xiaoping. He concludes that Operation Vulindlela should be used as “our Deng Xiaoping moment, albeit within our constitutional democratic order to direct economic growth and transformation”.

The Centre for Development and Enterprise has long been influenced by famous Princeton economist Albert Hirschman and his work in support of “reform-mongering”: the capacity of people committed to furthering change to frame problems and build alliances in ways that enable them to tackle seemingly impossible challenges.

Hirschman took it for granted that reformers always face powerful resistance and must work within political institutions that are in some way defective – otherwise problems would already have been solved!

Effective reformers identify and analyse their opponents, some of whom can be won over and others who must be overcome or outmanoeuvred.

Hirschman’s reformers are tenacious, with the ability to discover possibilities where others miss them; they take risks, avoid despair and learn from failure, and they focus on the possibility of real change and acting to achieve it.

Operation Vulindlela in 2021 represents a significant new statement of purpose from the government. There are, of course, many issues requiring further thought and debate, but it would be wrong not to see the importance of this new thrust from the Presidency and Treasury as they enter the world of “reform-mongering”. DM

Ann Bernstein is head of the Centre for Development and Enterprise.