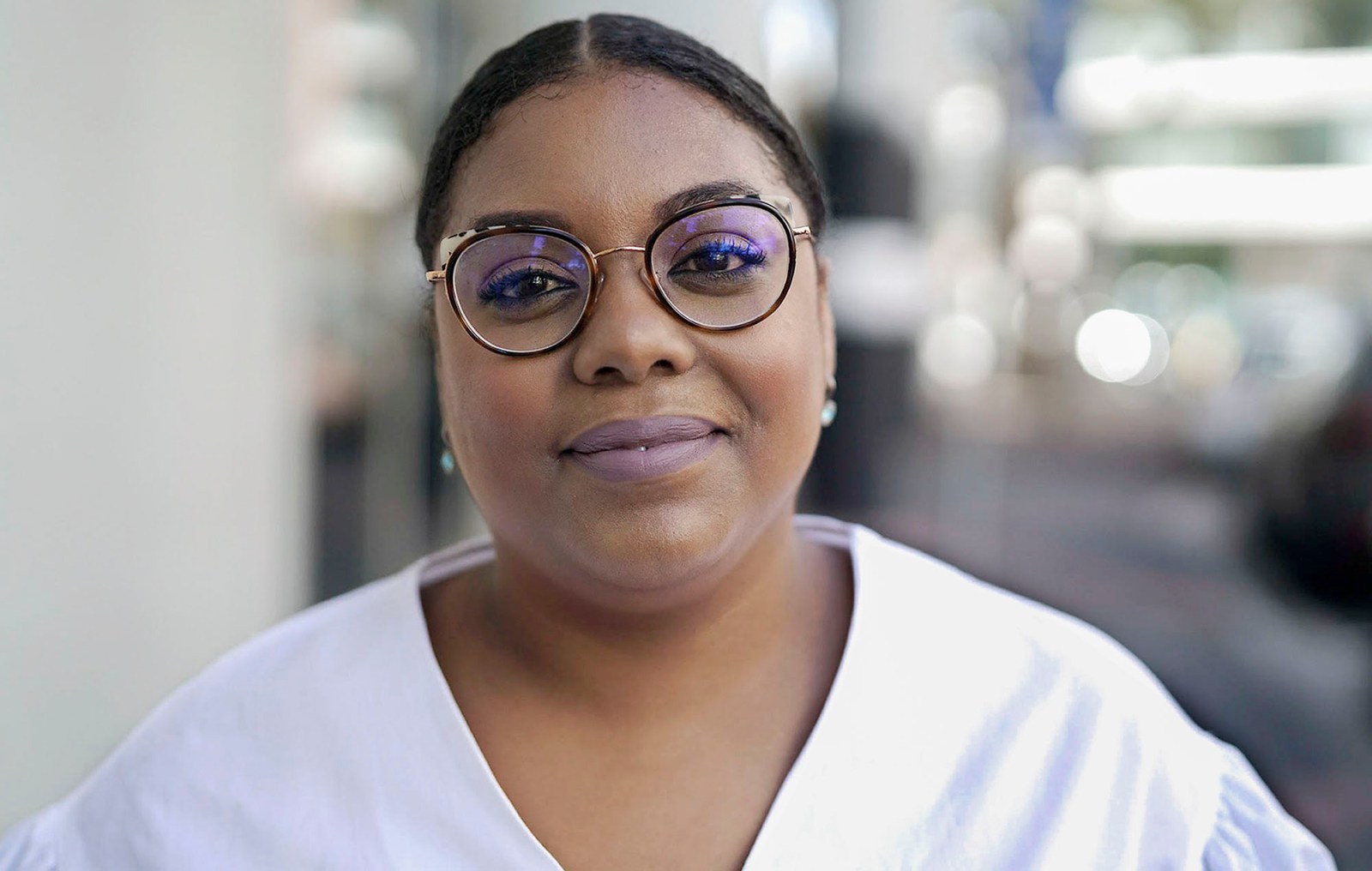 The Zero Dropout Campaign’s Merle Mansfield says this alarming rate should be a national priority.

How? By asking children what they need and making sure adults listen.

Social work and activism cannot be separated. Mansfield knows this from experience. When she was 20 years old, she started work in the child protection arm of the Cape Flats Development Association in Lavender Hill, Cape Town. She sat down to 60 files on her desk that first day.

Since then, she has been advocating on behalf of children – whether in their homes, in court or in the boardroom. She wants to amplify their voices to get them what they need. She is now the programme director at the Zero Dropout Campaign. Her mission: to halve SA’s 40% school dropout rate by 2030.

Her parents’ house in Hanover Park, Cape Town, was always abuzz with people. They were both leaders in the community and church. When she found herself in the labs studying physiology at the University of Cape Town, she felt something was missing.

“I realised how much of my life had been shaped by helping people, being involved with people and working with people,” she recalls. When she made the change to study psychology and social work, she felt like she had “found home” again.

In Lavender Hill, she spent her days visiting homes to assess whether or not children were at risk. She would then advocate for them to be removed and taken to places of safety, or work with the parents to take better care of them.

There was one client who changed her life. “I opened the file and I read about this girl. She was 15 years old and pregnant. Her school had referred her to us to find a programme for her.

“When I dug deeper into her file, I realised that it was very thick. I couldn’t understand it, because she was only 15. I realised that her mother and grandmother had both been clients of the organisation.

“It made me think deeper about what we were doing. The advice and programmes I was told to give her were very reactive. We could help her in the short term but we needed a long-term impact for her, her child and her family,” she recalls.

This triggered deep introspection about how social workers could build resilience for the children to navigate their lives in a meaningful way and how to make sure the systems they set up weren’t obstacle courses in and of themselves.

Social workers are undervalued in South Africa, she says. “We work in incredibly difficult and dangerous places. I can’t tell you how many times [I’ve been] chased by people in communities,” she says.

They are also under-resourced. “I remember we had to go and do these assessments in these very dangerous neighbourhoods using cars that wouldn’t start or would break down. I think there is a level of activism and resilience which exists in every social worker. I’ve seen it. You would not believe how hard it is to find a safe place for a child to stay at 5pm on a Friday. Activism is core to the role,” she says.

In the following years, she worked for Childline to counsel children who had to stand up in court to testify against perpetrators of sexual abuse. She saw how little care and support the legal system granted them – often the perpetrator would be in the same room. “Experiencing that and walking the journey with clients really sensitised me to what the experience of children is in our country,” she says.

The impact of this work is massive and is long-felt. The impact we have on a young person is not just for today. It’s for their life. When someone drops out of school, they often drop out of life. They don’t participate in anything. The impact for our country is exceptional if we are not going to start thinking about schooling.

This formed the foundation of her devotion to working with children, especially at-risk children who “cycle through these systems”. She went on to do advocacy work for the Sex Workers Education and Advocacy Taskforce. Here, she trained sex workers to lobby for their rights and policy change. She also helped to set up the Mother of the Future programme. She says this work fundamentally shifted her understanding of what human rights look like.

In the years that followed, she worked with the Community Chest to advise companies wanting to provide scholarships and bursaries to children from underprivileged schools. “The conversation in philanthropy circles was very much ‘I have R5-million and I want to give it to 50 children and I want them all to study science’ – with no real understanding of what the complexities are of even getting kids into science degrees or university,” she recalls. She soon learnt how to have a conversation with philanthropists about how to institutionalise their support rather than “plastering the problem with money”. “Yes, we have one child who manages to get out of that high school and we give them all the money. But there are 999 others who ended high school and didn’t benefit.”

She also spoke up about the psychosocial support learners with scholarships needed. “The transition is massive – some went to boarding school and have never had their own quiet places to study or their own bed … The good schools in Cape Town are predominantly white, but the learners moving into these spaces were people of colour. They have to navigate the nuances of racism and systemic racism. This is a very difficult environment but they are expected to thrive because they’ve been given this opportunity. It’s difficult for a 13-year-old,” she says.

It is critical that there are people of colour as consultants in South Africa’s philanthropic space, she says.

“It is difficult to understand how being given this opportunity [a scholarship] can be so overwhelming that it actually debilitates you, if you are not someone who comes from that kind of background and understands how they have to straddle two worlds,” she explains.

When she saw the advert for a post at the Zero Dropout Campaign, it was the first time in her life she thought about the pervasiveness of school dropout in South Africa.

“I felt pretty ashamed. I thought wow, why have I never thought about this as an issue, particularly because my own experience of it was so real? Suddenly I realised how normalised and pervasive dropout actually is.”

School dropout is a nuanced issue that stretches from the level of the home to education systems. It impacts the rights of children, the fabric of society and the workings of the economy, Mansfield explains.

It frustrates her that this is not a national priority and not seen as being as important as getting a 100% matric pass rate.

“School is still that one entry point and access point we have to every young person in the country. The fact that we think about this so flippantly and with short-term goals means we need to have a much more visionary approach and be a lot more daring,” she challenges.

“The impact of this work is massive and is long-felt. The impact we have on a young person is not just for today. It’s for their life. When someone drops out of school, they often drop out of life. They don’t participate in anything. The impact for our country is exceptional if we are not going to start thinking about schooling,” she warns.

Mansfield says it is both “energising and incredibly demoralising” to work so closely with schoolchildren.

“It’s really humbling to understand the extent of your control. One of the things that is very hard to give up is understanding that you cannot fix everything. But what is really energising is the way these children touch me and help me grow from what I learn from them. There are insights and reflections that they have that are just deep and thoughtful and overwhelmingly humbling,” she says.

There is no way to talk on behalf of learners or school communities without them being involved in the process. “For me that is the strength of our advocacy work – these stories and experiences are real, lived and from people’s mouths. Being in that space, for me, helps me to stay focused.

“It also humbles me because it’s not my campaign. It’s the people’s campaign. I’m the mouthpiece that can raise the issues and put them on the platform. This is owned by so many more people than just me.” DM168