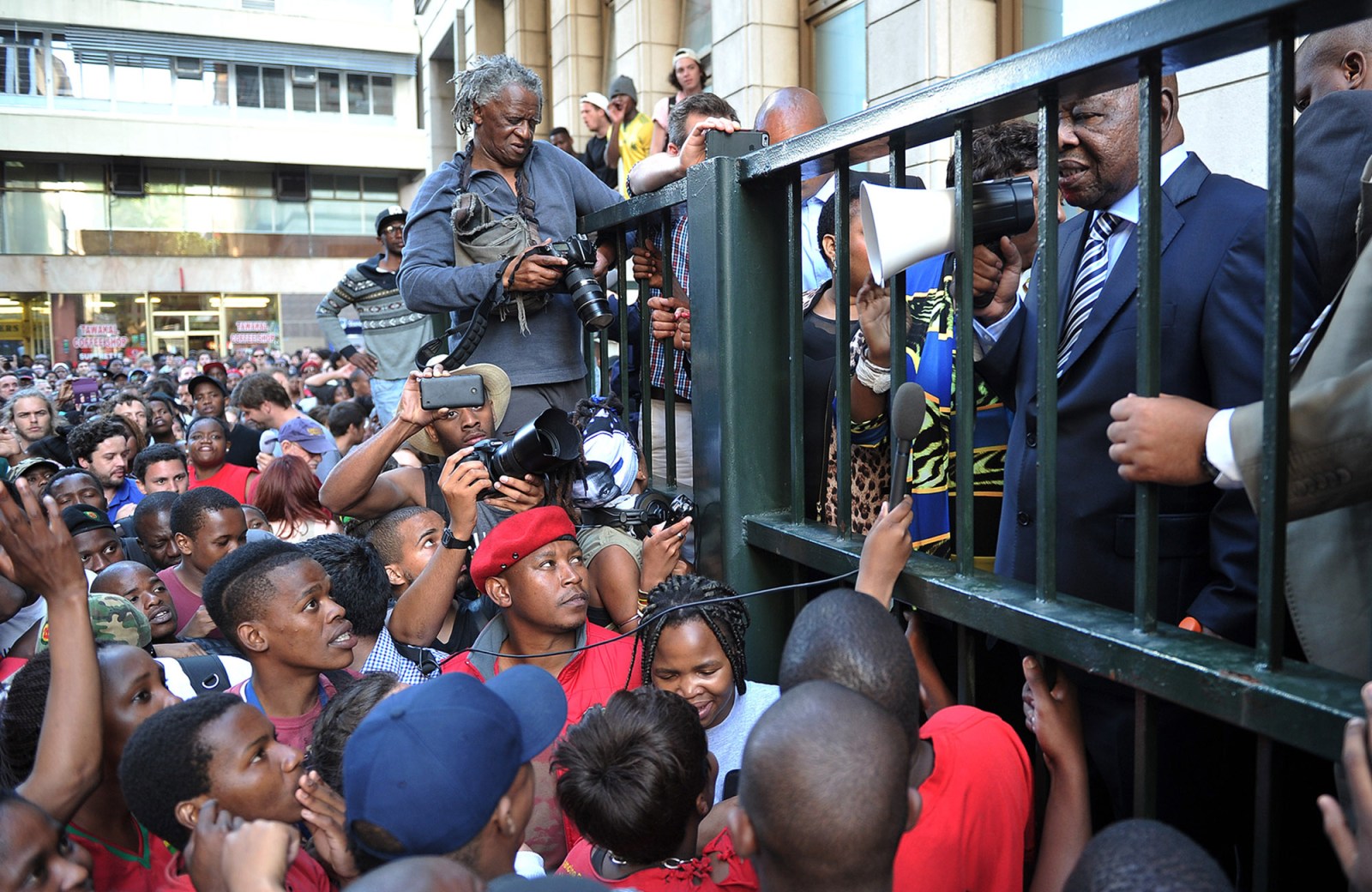 It’s not yet clear how many students, and which degrees, will be funded.

Higher Education Minister Blade Nzimande’s controversial letter to the University of South Africa (Unisa), in which he told the university to decrease its first-year admissions by 20,000, opens a can of worms on the state of the country’s universities ahead of the start of the academic year.

The university had over-enrolled by more than 21,000 students.

The possible exclusion of these students by Unisa is the tip of the iceberg. Many other issues face the higher education sector, aggravated by the impact of the Covid-19 pandemic.

The universities of Fort Hare, Pretoria, Cape Town and Johannesburg, as well as Unisa and Wits, among others, began registration on 1 March. Yet many still face uncertainty about the funding of students. The National Student Financial Aid Scheme (NSFAS) has yet to finalise funding approval for all first-time students.

Unisa had over-enrolled by the same number in 2018 and this put pressure on NSFAS, Nzimande said in the letter.

Nzimande’s answering affidavit says: “My letter does not constitute a decision on enrolment planning. Accordingly, first time entering applicants or members of the public can only be admitted to institutions where the available resources permit so. Otherwise, they have no right to be admitted and their right is limited to a right to have their applications considered and decided upon depending on such resources.”

His letter has no bearing on other institutions of higher learning, he argues.

Although there is no indication that all 20,000 students were indeed going to be funded by NSFAS, Nzimande’s responding affidavit points out that more than 50% of university funding comes from NSFAS.

Mazhetese told DM168 the decision was arbitrary because Nzimande failed to explore other options before making it.

“20,000 students is not a small group. They are not just numbers, they are young people trying to seek opportunities in higher education. And, if there is space in other universities, we have to explore that and not just throw the case because NSFAS is tied,” he said.

The South African Union of Students (SAUS) termed Nzimande’s directive a bullying tactic meant to intimidate Unisa’s newly appointed female vice-chancellor (VC), Professor Puleng LenkaBula. She took office as the university’s principal in January, along with a new council and executive committee. “The minister could have easily resolved this issue with the previous leadership of Unisa, given that it has been an ongoing issue,” SAUS spokesperson Thabo Shingange told DM168.

The department did not respond to requests for comment via email and calls, despite spokesperson Ishmael Mnisi committing to do so.

The row coincides with claims of political interference in the affairs of Unisa by sources who spoke to DM168 on condition of anonymity. They support United Democratic Movement (UDM) leader Bantu Holomisa’s letter dated 19 October 2020 to President Cyril Ramaphosa, in which he alleged that Nzimande had interfered with the university’s process to appoint a new VC.

On a national level, NSFAS’s decision to defund several qualifications and be available only to undergraduates reveals it is seemingly financially overburdened.

Among the degrees to be defunded are bachelor’s degrees in education (B Ed) and nursing (B Cur). These were included in a list sent out by NSFAS, but final consultations are still taking place.

There is also the matter of unfinalised and unapproved funding applications for about 730,000 first-time applicants.

In a statement, NSFAS CEO Andile Nongogo assured all new applicants their applications would be considered and finalised before registration closed.

Mazhetese said the student aid scheme had not approved a single student at Unisa. “Students who are registered now are those not funded by NSFAS,” he said.

Of its new applicants, the University of Johannesburg said 49,502 had applied for NSFAS funding but the aid scheme was yet to release the list of students who qualified.

The University of Western Cape (UWC) financially cleared all students to allow them to register for the 2021 academic year. “The University understands the difficulties many students are experiencing,” it said in a statement.

Yet all students are expected to submit a payment plan for their debt by mid-April.

According to Professor Ahmed Bawa, CEO of the representative body Universities of South Africa (USAf), there are deep uncertainties about funding and universities will need to address the short-term crises faced by the institutions – as well as the impact on their long term sustainability.

“The higher education subsidy per student to universities has been in decline for the last 10 years or more,” Bawa said.

What this means, according to Bawa, is that there is a gradual but steady decline in the capacity of universities to offer students and South Africa the kind of teaching, learning, research and innovation expected of higher education institutions.

The danger was that once a certain threshold was passed, and we were rapidly moving towards it, it would be next to impossible to re-establish that capacity, he said.

There is a need, therefore, for the government to understand that funding for education and science should be seen as a social investment rather than as an expenditure.

The Covid-19 pandemic – in particular the second wave of infections that began late last year – threw a spanner in the works for the higher education sector and the start of the academic year for many universities had to be moved from January to March.

Although universities can return to full capacity under the present regulations of lockdown Level 1, Bawa said it was likely they would continue with blended learning, in which remote and physically present contact are combined at different times.

“I do not think that there will be a total shift to technology-based learning and teaching. The face-to-face elements are vital to a high-quality education. So there will be increasing use of what we refer to as blended learning,” he said.

University of Cape Town lectures begin on 15 March, and UWC will commence all lectures online on 15 March.

Where are Blade’s laptops?

Laptops promised by Nzimande in May of last year are yet to make it to students at institutions of higher education across the country. The tender process to procure the laptops had to be repeated after it was abruptly cancelled amid allegations of corruption.

The laptops were offered to students to support them at the height of the pandemic in 2020, when many institutions of higher learning switched to virtual learning.

In January, Nzimande announced that the contract had been awarded to five companies from a pool of 140 bids.

The contract is expected to benefit 430,000 students at 26 universities and 300,000 at 50 technical and vocational education and training (TVET) colleges.

Nzimande said the laptops would be distributed by March before the start of the academic year.

But the SAUS’s Shingange said it was a PR ploy by the minister – none of the union’s constituencies had reported receiving laptops since the minister’s announcement. DM168