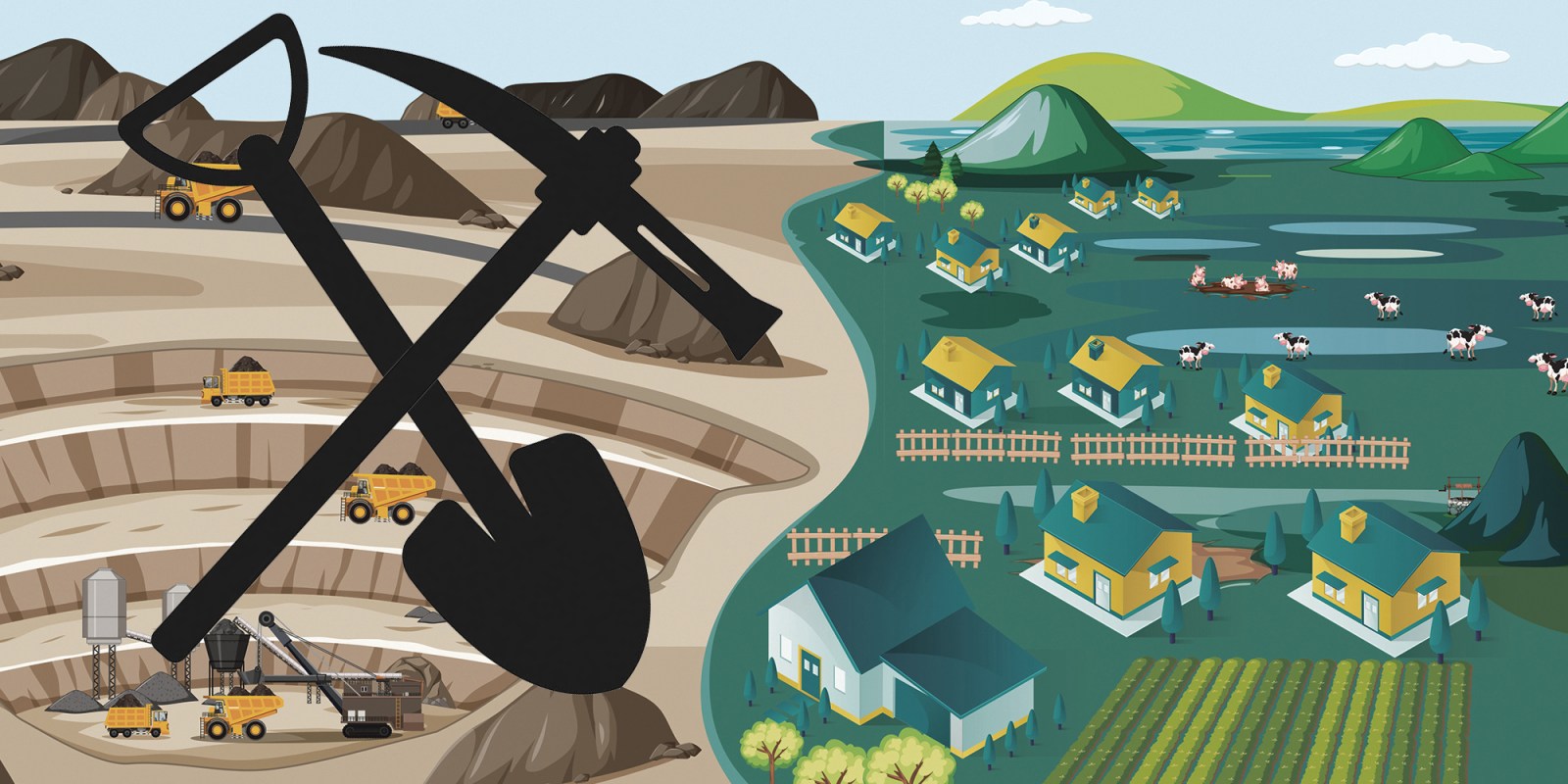 Mining consultancy AmaranthCX, using Google Earth and other sources, has put together a detailed map of South Africa’s chrome mining sector. It reveals at least 20 spiral or wash plants that are not located on any legitimate or regulated mine. The suspicions are that illicit ore is processed in some of these plants. The industry estimates that more than 10% of South Africa’s chrome exports are off the grid.

AmaranthCX has shared the maps with DM168. This follows its comprehensive mapping of South Africa’s coal operations, which among other things showed companies with apparent mining rights adjacent to protected areas.

The chrome mapping project also raises ecological and social red flags. In one area in Limpopo, chrome mining has taken place in rural residential areas next to homes. The scale is large and significant and heavy equipment was clearly used, yet the whole operation appears to be unregulated. How can mining take place right next to someone’s house?

Pointedly, the mapping project has revealed the presence of at least 20 spiral plants that are not located on any legitimate mining operation. Chrome is processed in such plants and this raises the question of where such ore is being sourced. Because according to the chrome industry, a considerable amount is being exported illegally from the country.

“It is incredibly concerning to the chrome industry – it is estimated that illegal mining could account for up to 50,000 tons in chrome ore exports per month,” ChromeSA, the main industry group, said in response to questions from DM168. ChromeSA also said it was likely that there were even more spiral plants out there than AmaranthCX’s findings suggest, which are “popping up on a regular basis to process material”.

According to data compiled by the Minerals Council South Africa, in 2020 the output from South Africa’s regulated chrome industry was 12.2 million tons, of which 46% or about 5.6 million tons was exported. So the illicit chrome is estimated by the industry to equal more than 10% of regulated exports. Put another way, around 600,000 tons of chrome which is not subjected to things like taxation and royalties is estimated to be stolen for export each year. Chrome is mostly used in the making of steel and alloys, raising suspicions that much of the illegally-mined product winds up in China. South Africa accounts for more than 60% of global chrome production.

“It mostly goes to China and there are also consignments to India … Illegal chrome mining is linked to organised crime because it is done on a massive scale,” Louis Nel, a security consultant specialising in illegal mining, told DM168.

It certainly seems to be the case that a thriving illicit sector has taken root.

“The map suggests that SARS is not collecting all the mineral royalties and other taxes, it suggests that the Department of Mineral Resources and Energy (DMRE) has lost control of the chrome fields and that normal policing is ineffective, because you can’t hide excavators and dump trucks and the excavations they make. The South African state has lost sovereignty over parts of the chrome field,” AmaranthCX founder and director Paul Miller told DM168.

The DMRE acknowledged emailed questions about the issue on 18 February, the third time they were sent, but has still not provided a response. The Department of Environment, Forestry and Fisheries referred queries to the DMRE.

Illegal chrome poses a number of challenges to legitimate industry players who do things like pay taxes, roll out social and labour plans and abide by environmental regulations. They include the likes of Anglo American Platinum, Assore, Bauba Resources, Northam Platinum, Sail, Sibanye-Stillwater, Siyanda Resources and Tharisa.

South Africa also lacks a publicly accessible online mining cadastre, which typically provides information on things such as existing mining rights, including their geographical location. It emerged in the presentation that this is now a priority and is high on the agenda of Minister Gwede Mantashe. An update is expected in six months’ time.

“Legal operations are responsible for, among others, rehabilitation and safety on their rights, but this obviously does not impede illegal mining operations. And as reserves deplete on specific rights, there have been clashes between mining right holders and illegal miners over material to which both lay claim,” Chrome SA said.

But enforcement is not always easy, given loopholes that are big enough to drive an excavator through. Even the industry finds it difficult to police its boundaries.

“It is not illegal to transport, sell or process chrome ore, so the DMRE and SAPS are limited in what action they can take,” ChromeSA said. “Mining rights are normally issued according to farm boundaries – these are large and even if a legitimate company is mining a right they may not be on the full piece of land and illegal miners could also be operational without the mining right holder being aware. Illegal miners use Environmental Impact Assessment and prospecting information – which is freely available – to establish the location of seams for mining.”

The DMRE clearly has capacity issues. On 24 February, the Department of Mineral Resources gave a presentation to Parliament on its licensing system. It revealed a backlog of 5,326 applications for mining rights, prospecting rights, mining permits, renewals and cessions or the sale of rights. The backlog for prospecting rights alone was 2,485.

In a follow-up presentation on Wednesday 3 March, the DMRE said “a team… is currently finalising a turnaround strategy for Mpumalanga” and is finalising the “recruitment process to fill critical and vacant positions”.

It also said it was “currently considering the possibility of publicising granted rights.” The fact that such rights are not in the public domain underscores the transparency issues at work here. The DMRE is supposed to report back on progress in three months’ time.

“The department publishes nothing, except an out-of-date listing of operating mines – a subset of granted mining rights – on their website,” Miller told DM168.

South Africa also lacks a publicly accessible online mining cadastre, which typically provides information on things such as existing mining rights, including their geographical location. It emerged in the presentation that this is now a priority and is high on the agenda of Minister Gwede Mantashe. An update is expected in six months’ time.

Transparency issues, whether involving mining rights or illicit chrome exports, are among the reasons that South Africa has fallen to 60th out of 77 in 2020, from 40th out of 76 in 2019, on the Canadian-based Fraser Institute’s annual Investment Attractiveness Index of mining jurisdictions, which focuses on exploration investment. Transparency counts in the eyes of investors. Still, there appears to be an acknowledgement at the DMRE that there are serious problems that need to be addressed. You have to start somewhere. DM168