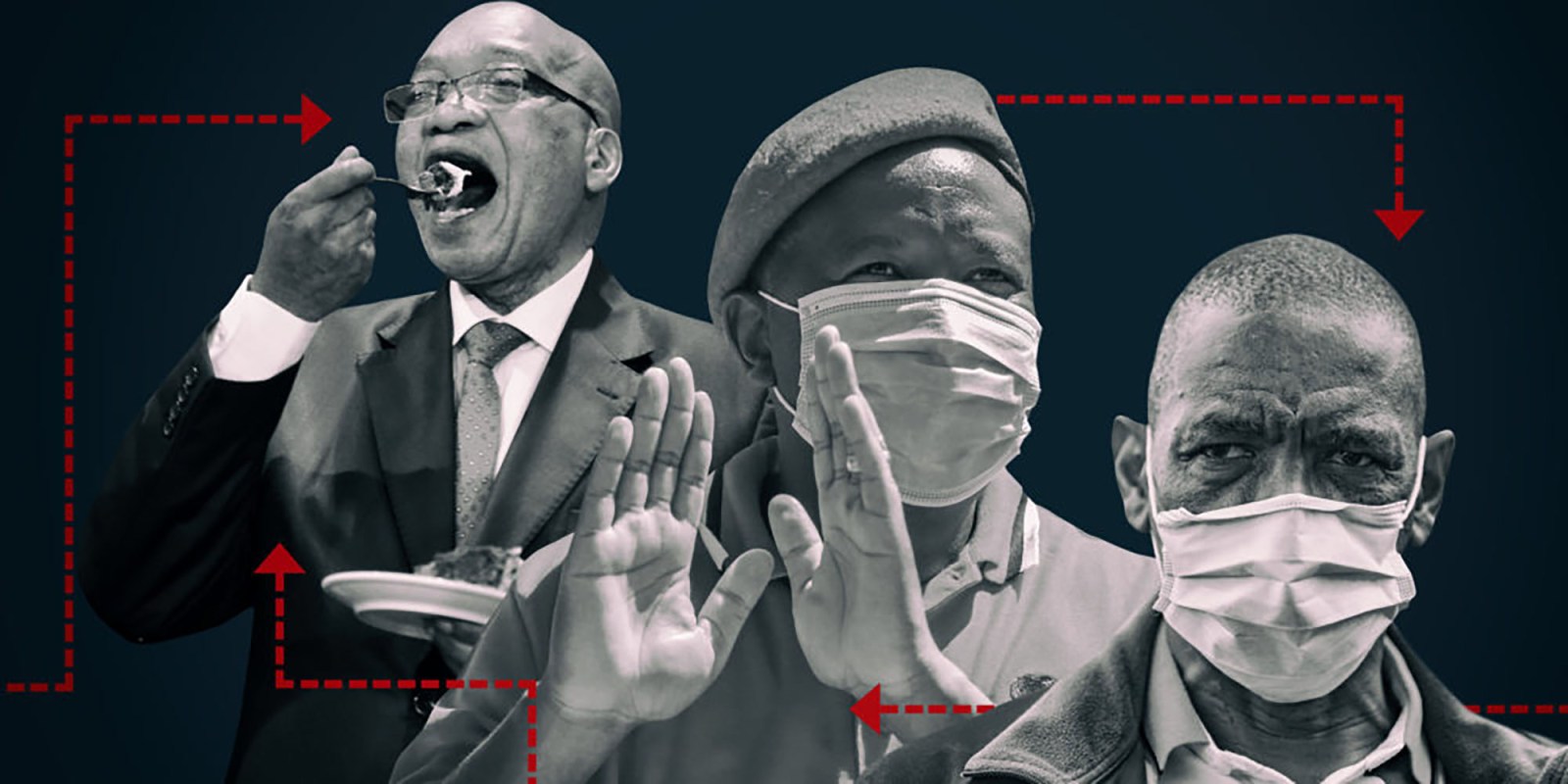 Zuma, Magashule, Yengeni and their ilk are deluded if they think their personal skirmishes with the law should be escalated into warfare that will benefit no one, but drag us all into a humanitarian crisis.

Over the past few nights, one of my favourite authors, Isabel Allende, has had me deeply immersed in the horror of human-engineered tragedy in two parts of the globe far away from our patch of Earth at the tip of Africa.

Allende’s novel, A Long Petal of the Sea, is the heart-wrenching tale of a man and woman who are flung like flotsam and jetsam on the cataclysmic tsunami of two horrific historical events, the Spanish Civil War from 1936 to 1939 in which half a million lives were brutally lost, and the military coup in Chile in 1973 where between 1,200 to 3,000 socialists and leftists were executed and more than 80,000 interred.

Good fiction has the amazing ability not just to transport you into the lives of characters from totally different countries, cultures and historical epochs, but also gets you to reflect critically on our place in the world. Allende’s visceral description of the savagery of war and militarism in Spain and Chile rekindles my abhorrence of the violent rhetoric that is spewed by self-serving politicians and demagogues in South Africa who seem to have forgotten that just three decades ago we as a people were saved from the brink of civil war through a negotiated settlement.

An imperfect settlement filled with compromises, but which saw the end of unjust minority rule, separate development, legislated discrimination and job reservation, detention without trial, and the unbanning of political organisations such as the ANC, which has been voted into power since 1994.

Despite (and some would say because of) this settlement, our country is still weighed down by terrifying inequality caused by three centuries of European colonial dispossession and oppression now exacerbated by nearly three decades of a democratically elected kleptocracy. We are sadly not the Rainbow Nation of God that Archbishop Desmond Tutu proclaimed. We are a broken rainbow of privilege, poverty, anxiety and fear. This broken rainbow is exactly what is exploited by those who seek power through sabre-rattling war talk.

White farmers overturning and burning a police van outside the Senekal Magistrates Court and Afriforum CEO Ernst Roets saying their anger is justified. To burn state property? Really? Julius Malema in retaliation tweeting “Magwala a chechele morago!” (Cowards move to the back, fighters attack) and tweeting a picture of a machine gun. Really? Fortunately the conflict between farmers and the EFF was averted by police cordons and the two sides holding back, but the tension still simmers and can explode at the next criminal or bigoted attack.

The worst kind of war talk comes from the internecine battles in the ANC, ironically the party that was instrumental in our negotiated settlement. Fraud convict Tony Yengeni epitomised this when he spoke to crowds in Bloemfontein when Ace Magashule made his first court appearance. “This is a serious war. This is a struggle. Many leaders on the continent have been killed and assassinated for being champions of the poor.”

How does the legal battle of a privileged man equate to the very real struggles of the poor? These ANC leaders’ battle is not about being champions of the poor but about whose turn it is to eat from the state trough.

Former president Jacob Zuma, like his allies in the Coalition of the Wounded, is one of the worst purveyors of war rhetoric – he behaves as if the whole nation should be enamoured by the exploits of his Umshini Wami. Does any young person care about this old man’s rusty AK47?

As linguistic scholars Professor Bertus van Rooy and Ansie Maritz wrote in The Conversation Africa, when Zuma defied the Constitutional Court decision for him to appear before the Zondo Commission in February, he used warfare metaphors to defend himself and persuade his supporters to continue supporting him, presenting himself as the ultimate warrior for the economic liberation of the poor when he dramatically said: “I do not fear being arrested, I do not fear being convicted nor do I fear being incarcerated. I joined the struggle against the racist apartheid government and the unjust oppression of black people by whites in the country at a very young age.”

Zuma, Magashule, Yengeni and their ilk are deluded if they think their personal skirmishes with the law should be escalated into warfare that will benefit no one, but drag us all into a humanitarian crisis. Their exploitation of the real issues of hunger, poverty and inequality for their own personal ends is sickening. The enemies and assassins they see in dark corners might just be their own reflections hiding in the smoke and mirrors they conjure.

While we can only hope that their war talk does not get any traction, those of us who are ensconced in privilege are equally deluded if we think their talk of radical economic transformation does not resonate with the increasing masses of poor people who have nothing to lose. If South Africa’s inequality is not addressed, it is a powder keg waiting to explode. DM168

Heather Robertson is the editor of DM168.