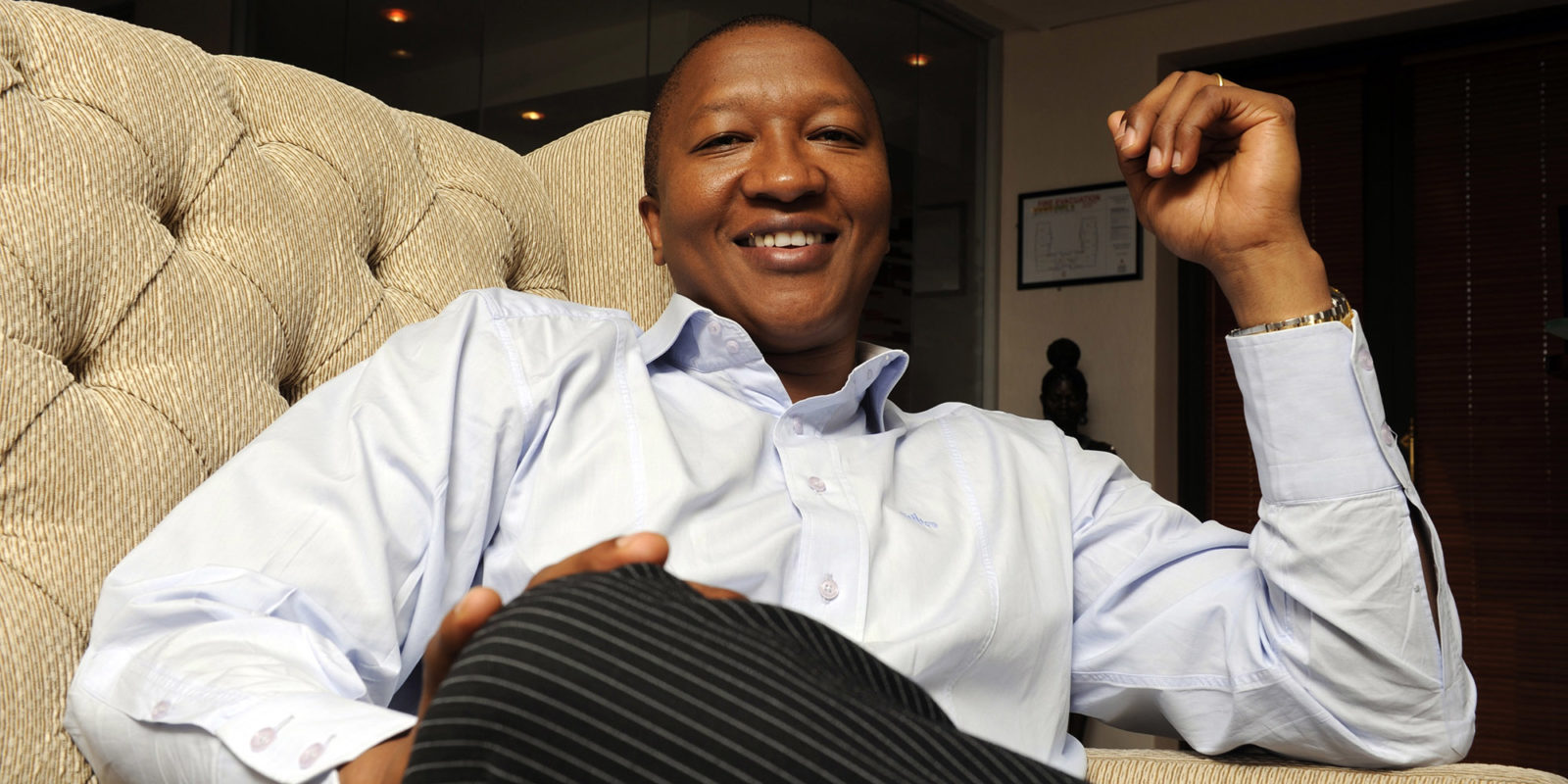 Sisa Ngebulana is battling on many fronts to save his property empire from collapse. Ngebulana’s Rebosis Property Fund faces a smothering debt load and a legal fight with a prominent businessman over a large block of shares, and investors are running out of patience with the company’s turnaround efforts.

Sisa Ngebulana believes that Rebosis Property Fund, the property empire he founded and listed in 2011 on the JSE, is being unfairly targeted. Rebosis has been buckling under the weight of a smothering debt load, which has forced Ngebulana to sell property assets to free up cash, and a share price meltdown, and some investors that have turned against the company. But Ngebulana says Rebosis is not the only company in SA’s property sector going through a rough time.

DM168 put some questions to Ngebulana about the plan to save Rebosis from collapse and the company admitting that it doesn’t pass the liquidity test in the short term. Ngebulana also reflects on his legal battle with Rebosis shareholder Zunaid Moti over the ownership of a block of company shares.

Q: Are you concerned about the future of Rebosis and its ability to overcome debt problems?

A: I think we are doing better than what many people assume through negative media articles. I sleep with peace; I am not too worried about Rebosis. We know where we are going and what we are planning. There is a deliberate strategy to paint the wrong picture about Rebosis.

Q: What is the motive behind tarnishing Rebosis?

A: There’s a clear agenda to destroy black business success. We celebrate tenderpreneurs in this country. We celebrate politicians with BEE deals as if it is a true black success, which it is not. There are a lot of entrepreneurs that are trying to succeed but are being stopped. There is so much negativity being perpetrated around them. They have no politics or banks to help them. In the JSE-listed space, it is far more manifest.

Q: Businessman Zunaid Moti has launched legal proceedings to sequestrate a family trust which you represent, claiming that it is insolvent. Moti claims the Amatolo Family Trust failed to make a payment of R125-million for Rebosis shares you bought from him in an off-market transaction. What’s your response to this?

A: This matter should go to court over the next six months. We’d rather let the courts deal with it.

Q: Last year, you were engaging with investors who would inject money into Rebosis to pay its debt and delist the company from the JSE. Is this process still ongoing?

A: Times have been tough and concluding transactions in this volatile market is difficult. We hoped to close a transaction last year. Unfortunately, the Moti matter at the time messed up with the transaction.

Q: Does this mean that the transaction with potential investors has been scuppered?

A: We are now looking at a serious transaction. I don’t want to talk about it because we haven’t announced it to the market. We don’t want to make promises again and if the terms and conditions of the transaction are not fulfilled, then we’ll look like idiots. We are talking to parties that are serious about acquiring some of our assets. It will resolve every problem at Rebosis in one shot.

Q: According to the 2020 Rebosis annual report, the company had more than R9-billion in short-term borrowings that are mostly due in 2021 to commercial banks. Are you making headway with banks to extend repayment terms?

A: Banks have all agreed to renew their debt facilities. Banks are happy with where we are going. We have financiers and banks that are supportive, and they have confidence in what I am doing at the company. That’s why they are renewing debt facilities at the company when they come up. I came back (as CEO of Rebosis in 2018) to stabilise the company. If I didn’t come back, this company would have blown up in flames.

A: The market is confusing the fact that our current liabilities (borrowings) expire within 12 months. Anything that expires within 12 months is treated under current liabilities, not long-term loans. We are not technically insolvent. Our assets are worth R13.2-billion and our debt is R9.6-billion. In our case, our assets exceed our liability by R3.6-billion. And we have surplus cash in the balance sheet. The fact that the banks continue to roll out our debt facilities means that we have a good balance sheet. DM168