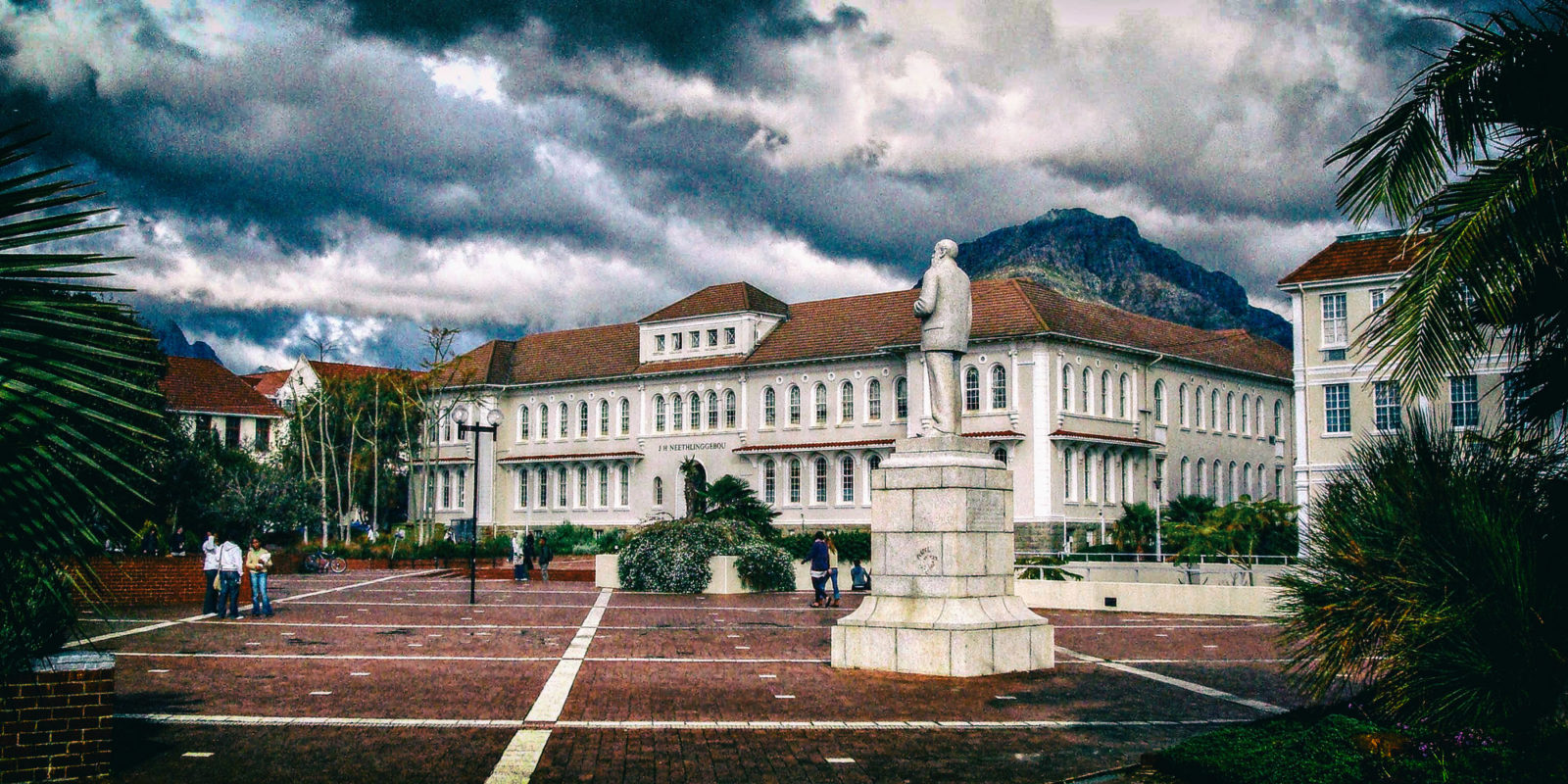 Stellenbosch University's response to the Covid-19 pandemic was as swift and pragmatic as possible, the writer says. (Photo: Flickr)

There is a blatant educational gap in what constitutes ‘sexual offences’ on campus, so much so that some victims don’t feel sure about reporting offences.

Lebogang Masinga, a student at Stellenbosch University’s (SU’s) Tygerberg Medical Campus, has a good chance of bumping into her sexual offender on campus. In July 2020 a final-year medical sciences student physically and sexually assaulted her, grabbing her inappropriately several times despite her telling him to stop.

Masinga was left with a black eye. Later she posted an Instagram video.

“It took about 48 hours to get the university to respond and that’s only because the students protested,” Masinga says.

SU spokesperson Martin Viljoen says it may be that some feel the pace of interventions are not quick enough but various factors could influence such a perception, including that gender-based violence (GBV) is a larger societal problem and that the university is facing many other challenges. A number of interventions are currently under way at SU, he says, namely, the establishment of an Anti-GBV Steering Committee, a Faculty of Medicine and Health Sciences Anti-GBV Working Group and training of university leaders by the Equity Office. SU is also in the process of implementing recommendations made by the Anti-GBV Joint Working Groups.

SU gave the perpetrator a six-month suspension. Since then, the South African Police Service has postponed Masinga’s case twice. The offender’s suspension is nearing its end.

“I have a high chance of bumping into the person who deeply violated me. I’m fearful, as I don’t know what he is going to do,” Masinga told DM168.

Wolf-whistling, derogatory comments, cyberbullying, physical assault, streaking and flashing are all manifestations of GBV that occur daily across society, including on South Africa’s campuses. So says Dr Linda Meyers, director of operations and sector support at Universities South Africa.

In 2016 a list of alleged GBV perpetrators at Rhodes University (RU) in Makhanda was released on campus, leading to protests. The same outrage manifested after the rapes and murders of Uyinene Mrwetyana, a University of Cape Town (UCT) student, and Jesse Hess, a University of the Western Cape student, in 2019. Releasing lists of alleged sexual offenders on campuses appears to be a trend on university campuses. It happened at UCT in 2019, and in 2020. In 2019, a list leaked on the SU campus, but was quickly removed.

For a while, the list brought the Students’ Representative Council (SRC) chair elections and portfolio placement to a standstill, since some of the accused held SRC seats.

A number of university SRCs were approached for comment about GBV on campuses across the country. Regrettably, none had responded at the time of going to press.

Evidently, there is a blatant educational gap in what constitutes “sexual offences” on campus, so much so that some victims don’t feel sure about reporting offences, says a member of the anti-GBV group at SU.

Since the RU protests, a sexual violence task team at RU flagged the need for safe spaces for survivors, as well as for the university to review its policies in place, in 2016. In 2020, Higher Health published a policy framework for universities to address and curb the scourge of GBV on campuses.

“If we don’t start systemically dealing with matters, we are not going to make the inroads that we want to make to address this social ill that we face,” says Meyers.

Masinga told DM168 that she needed to go to the public to trigger action from the authorities in her case. “You deserve justice. We all deserve justice. It’s hard, yes, it is a difficult step to take because it comes with a lot. But you deserve to be heard,” says Masinga. DM168