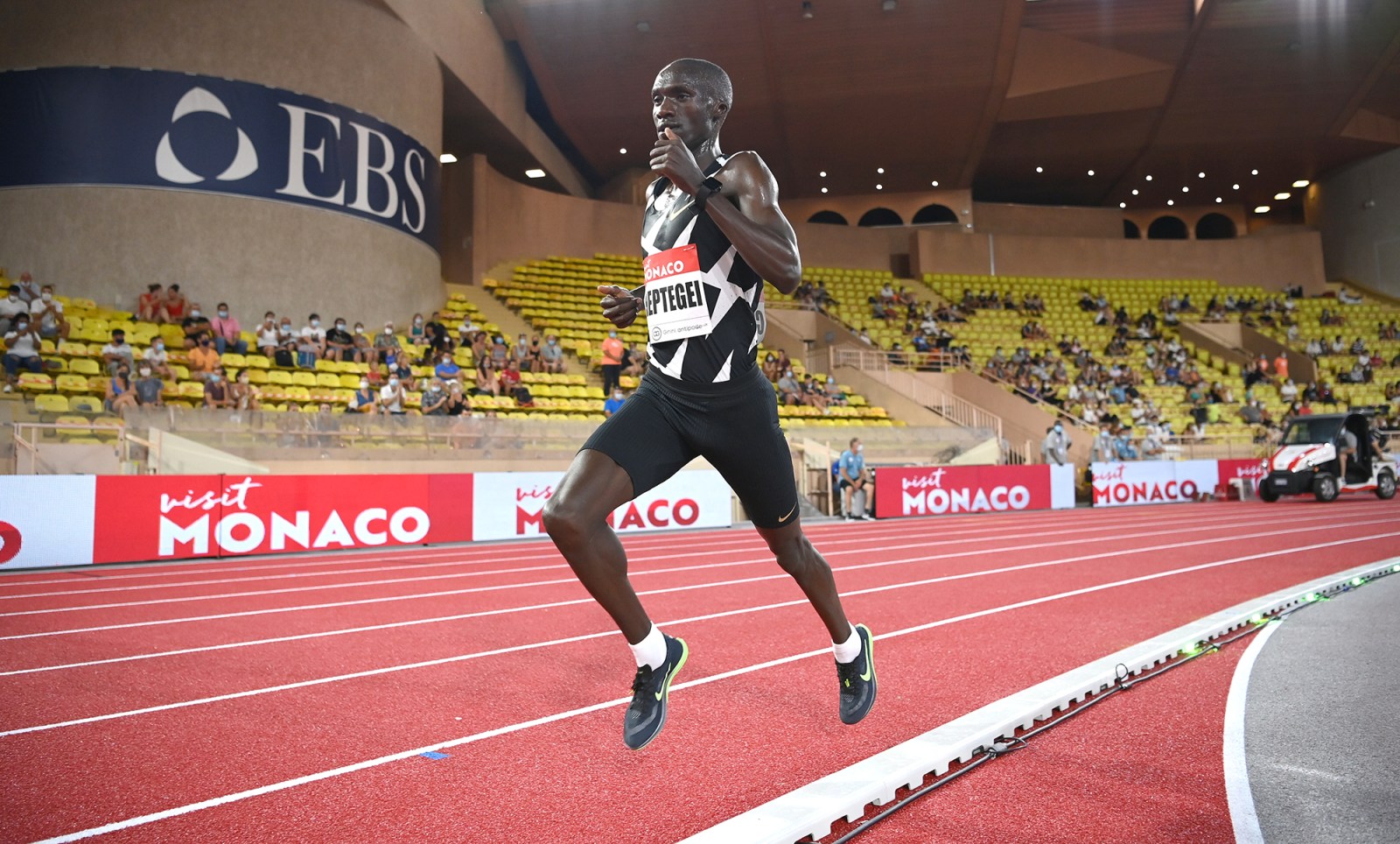 World Athletics is playing catch-up to police running-shoe regulations adequately, which have distorted results and times to such an extent that it’s a similar crisis to the gains made by doping.

Earlier this year, The Times reported that the sport of athletics rejected the shoe that sportswear giant Nike claimed was “a new paradigm of performance on the track”. The Nike Viperfly is a shoe designed specifically for 100m sprinters, a “super shoe” that promises to do to sprinting what road shoes have done to the marathon over the past five years.

It was reported that the shoe was rejected after manufacturers raised objections and fears that the shoe would be so effective that it would help inferior sprinters erase Usain Bolt’s name from the record books. (Bolt holds the 100m, 200m and 4 x 100m relay world records, and a host of Olympic and Diamond League records too.)

Quite why Bolt, and no other legends of the sport, should be afforded this “legacy protection” is something the best marathon runners in history might be wondering.

Between 2016 and 2020, we witnessed a recalibration of road running, driven in large part by performance-enhancing shoes that contain a combination of a carbon fibre plate and revolutionary new midsole material that together improve energy return.

Functioning as a spring, the shoes had been shown in lab testing to make runners considerably more efficient, which then translates into considerably faster performances. The same physiology, in the same runner, could now run an estimated 1% to 3% faster. That’s up to three minutes in a marathon, enough to bump many legends’ names a considerable distance down the record lists.

World records fell over every distance, sometimes multiple times, and usually by large margins. (The half-marathon world record was broken by four men in one race, for instance.)

The common denominator was the footwear. Initially, it was Nike, with its Vaporfly (road) shoes, that dominated the running record revision.

They’ve since been joined by other manufacturers, notably Adidas, which claimed the half-marathon world records in December with the Adizero Pro, using a similar combination of carbon plate and a built-up elastic midsole.

Such was the scale of this revolution that the world record in the marathon on this day only a decade ago was bettered 10 times in 2019 alone, all by athletes wearing the super shoes, and is now only 31st fastest in history.

That record had belonged to Ethiopia’s Haile Gebrselassie, himself a legend of the sport, who could well wonder why his status was not defended by “rival manufacturers” like Bolt’s was.

Technology pandemic on the track

The world record pandemic has now spread to the track. And with it, the uncertainty around performance grows ever larger. The first iteration of track super spikes came in 2019. It was inevitable that the technology used to such powerful effect on the roads would make its way into track spikes.

The 2019 World Championships brought the first waves of controversy, with selected athletes running in what was then a prototype shoe from Nike. That they produced some eye-popping performances created a sense of déjà vu among the sport’s observers, who’d been witnessing much the same phenomenon on the roads since 2016.

By early 2020, in response to growing controversy, World Athletics outlined regulations governing both road and track shoes. The regulations can only be described as “generous” to the shoe companies.

Their main regulatory target is the maximum allowed height of a shoe’s midsole, currently 25mm in track shoes for distance events. (The road allowance is even greater, at 40mm, while events up to 400m are limited to 20mm.) They also permit the incorporation of a single plate (usually carbon fibre) in those midsoles. It was, in effect, a “carry on as you were” declaration, which enabled the continuation of the technological foot race, rather than its end.

Allowing 25mm midsole thickness in particular provides enough leeway to clever engineers to exploit, giving them space to “play in” and paving the way for those track spike prototypes to become legal. And so the track became the new frontier for performance-enhancing shoes, beginning in 2020, accelerating in early 2021.

The men’s 5,000m and 10,000m world records were the highest-profile successes of Nike’s Dragonfly spike in 2020. Uganda’s Joshua Cheptegei smashed the world records by 1.99 and six seconds respectively. Nobody had come close to them since they were set in 2004 and 2005.

The revolution is not only evident at the top – the six fastest indoor 800m times in history by Irishwomen were run in the first two months of this year, and more than twice as many European men have run under 7:50 in the 3,000m in 2021 compared with the previous five years’ average.

What makes the track situation particularly destabilising is that, unlike for the road shoe, there is not yet any well-controlled laboratory research on the track shoe. They are far less well understood than their road cousins, creating further doubt, which then provokes hostility when breakthrough athletic performances are questioned as being produced by the shoes.

It is that uncertainty that is the fundamental issue. The magnitude of the benefit may not be precisely known, but there is enough reason, between understanding how the technology works and the wave of remarkable performances from previously unheralded athletes, to believe that it is significant.

The result is that performances such as Cheptegei’s world records are tarnished by doubt. A breakthrough performance in running is usually celebrated as the result of training, physiology, psychology. A human achievement. But once we know that something external to the athlete might have been partly or even entirely responsible for the breakthrough, it becomes more difficult to assign value to what we see.

Is Cheptegei an athlete six seconds faster than the previous record holder, Kenenisa Bekele, or is he the same athlete in shoes that are six seconds better?

And what if the shoes are 20 seconds better? The same argument applied to any of the hundreds of new records and personal bests set this year exposes how the line between human potential, usually represented infallibly by the time on a stopwatch, and technological advancement, has been blurred.

When Cheptegei or any other athlete produces world records or personal bests that are 0.4% and 0.3% faster than the previous best, and there’s a variable with the potential to assist by between zero and, say, 4%, it becomes difficult to celebrate the performance.

Is it a physiological breakthrough, a triumph of body and mind over historical standards, or a manifestation of a possibly inferior athlete benefiting from their interaction with technology that was not available even 18 months ago?

Everything is different, from the money and the nutrition to the equipment and the knowledge of how to prepare athletes to run faster, jump higher and throw further.

This is the new world of athletics. Those who have an advantage, and those who do not. That advantage is not earned, but bought. Too much time has passed, and too many records fallen, to do what swimming sensibly did when it banned high-tech swimsuits after similar world record devaluation.

Few have been honest and open about the shoe benefit. One exception is Jamie Webb, an 800m runner from England, who described “a sense of propulsion” when wearing the shoes in a guest column published in The Times. He decided to avoid super shoes during training, as they made it impossible to compare his progress with previous training sessions.

Within five years, perhaps as soon as three, every athlete with any aspiration of world-class performance will have to wear some form of the new technology, and hope that they are a responder to it.

By then, the seismic shift that has affected the road will have run its course on the track, such that the frequency of world, regional or national records will decrease.

That will leave only rapidly receding memories of the unstable present era, allowing the sport to return to the assumption that the best human is winning.

That assumption has never been shakier, and it may never again be valid. But at least Usain Bolt’s name will persist. Then again, it may not. Technology will probably have the final say. DM168