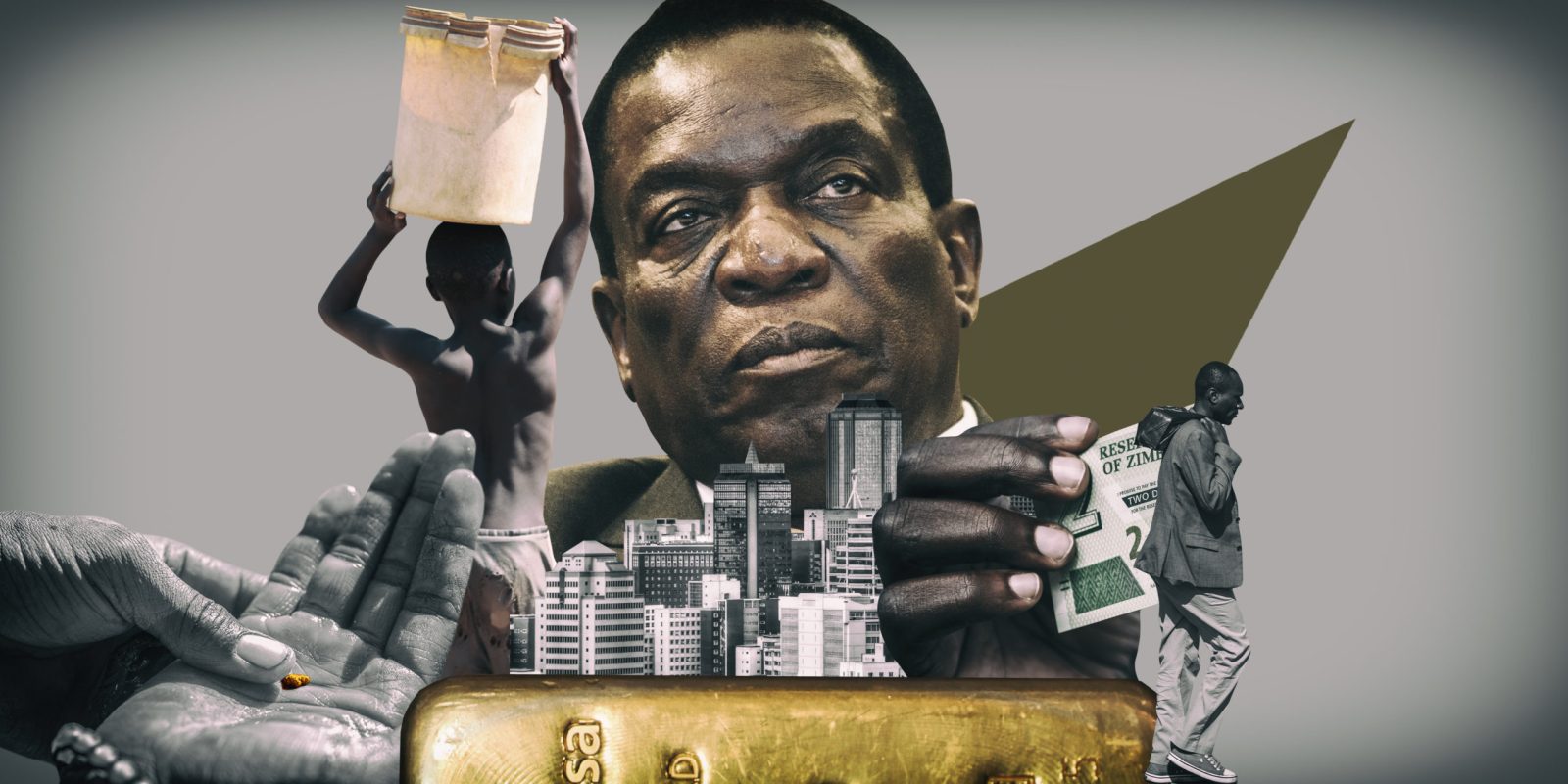 More attention should be paid to the political and economic complicity of South Africa and the wider international community in the corrupt cartels that have captured much of the Zimbabwean economy, says Daily Maverick’s Mark Heywood.

Mark Heywood, human rights activist and editor of Maverick Citizen, said on Thursday that the cartel system described in a major report published by Maverick Citizen last month could not exist if its tentacles did not extend beyond Zimbabwe’s borders, into South Africa, and beyond, to places like Dubai.

The 64-page report details the scale of the theft – among others, illicit cross-border financial transactions cost Zimbabwe up to $3-billion a year, and billions of dollars worth of gold and diamonds were smuggled out of the country. The report estimated that Zimbabwe might be losing up to half the value of its annual GDP of $21.4-billion because of corrupt economic activity.

Speaking at a webinar organised by Zimbabwe’s Sapes Trust, Heywood called for much greater attention on the South African beneficiaries and accomplices of the cartels. The South African government and businesses were deeply complicit politically and economically in Zimbabwe’s cartel behaviour and in the social and economic crisis of Zimbabwe.

They were complicit politically because the ANC and the government “has literally propped up Zanu-PF”, including by suppressing  the Khampepe Report, which concluded that Zimbabwe’s 2002 elections were not free and fair and through the “tailor-made” Motlanthe Commission findings about the 2018 elections.

The complicity extended to the special envoys sent by President Cyril Ramaphosa to Zimbabwe last year and ANC Secretary-General Ace Magashule’s “fraternal tea party”  with Zanu-PF leaders in Harare where he tried to deny that there was a social and an economic crisis in Zimbabwe and to suggest this was an invention of the media and the West.

Heywood called on South African civil society to make the South African government respond to countries like Zimbabwe in the spirit of South Africa’s own Constitution and human rights.

South Africa was also economically complicit in Zimbabwe’s cartels and its crisis because the cartels, particularly in gold, diamond and tobacco smuggling, were very dependent on business partners outside Zimbabwe, including South Africa.

The cartels were also very dependent on the South African market, for example, for tobacco, which had grown in the Covid-19 lockdowns. But they were also dependent on corruption in the police, in border authorities, in the revenue services and in South Africa’s own business community.

Heywood said people in South Africa knew who was responsible for the smuggling, they knew how tobacco was entering the South African market but were turning a blind eye.

“If there was intolerance, the cartel capture project would be far more fragile and vulnerable and less sustainable and profitable than it is. And there would have been much greater pressure for economic reform from a much earlier point than has been the case,” he said.

Heywood said the right response from the international community, including the US and the UK, to Zimbabwe, was not just sanctions, as these overlooked the fact that there was a system that was supporting the corruption.

All those things were within the power of Zimbabwe’s trading partners, developed country governments and the business community.

Their responses would help determine whether the Maverick Citizen report on the cartels became a watershed moment in the effort to change Zimbabwe – or just another blip in the political landscape of Zimbabwe.

Sapes Trust director Ibbo Mandaza agreed, but reminded Heywood that corruption also extended into the Zimbabwean judiciary and so an inquiry in Zimbabwe might require the involvement of external judges too. DM/MC