Now is the right time for the Proteas women team to bloom on Indian soil, says coach Moreeng 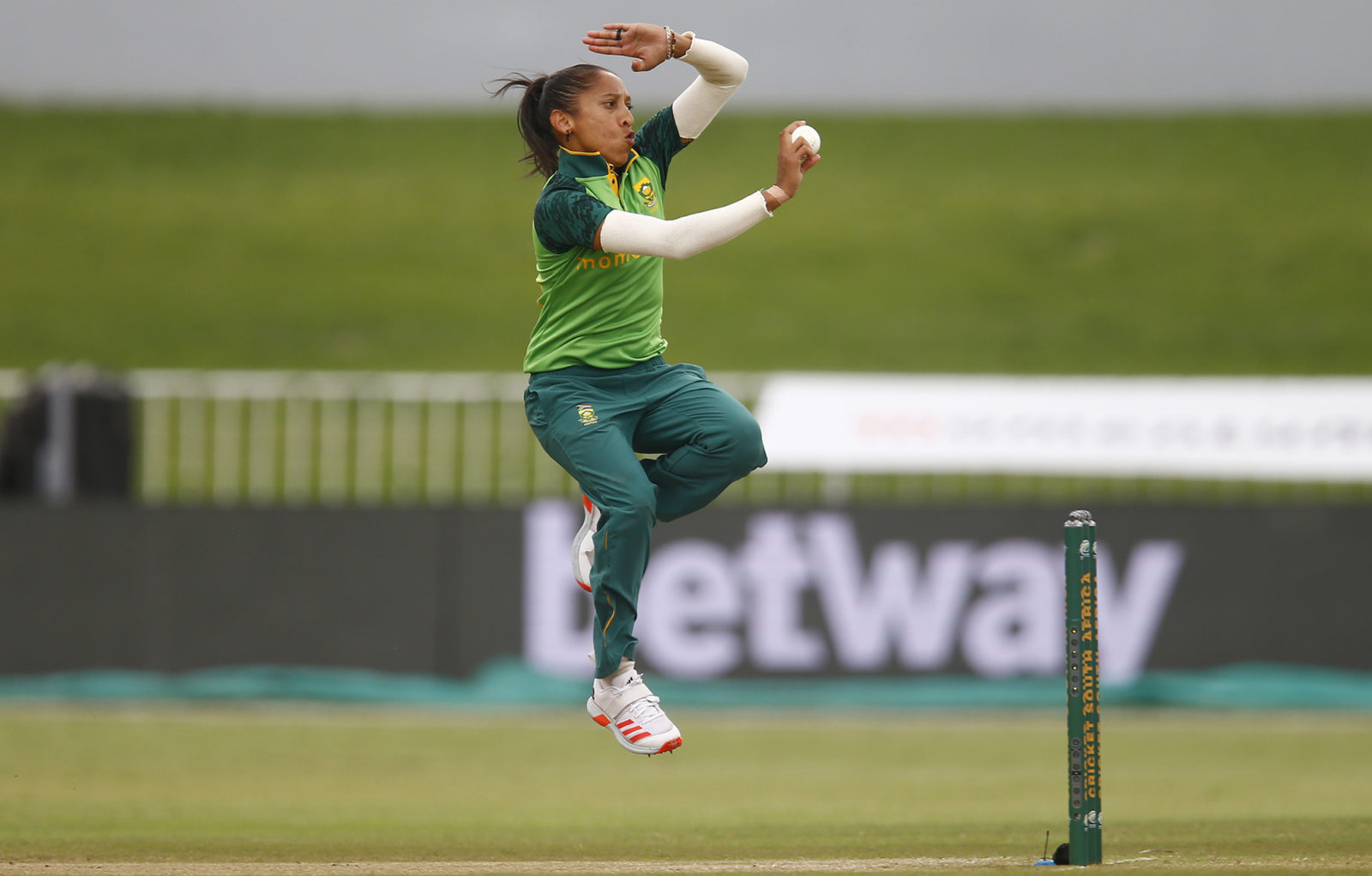 The Proteas' Shabnim Ismail in action during the 2021 Women's T20 Series against Pakistan at Kingsmead in Durban. © Steve Haag/ BackpagePix

Fresh from hosting Pakistan, South Africa are in India for another challenging series which will test their mental strength, competitiveness and fighting spirit.

Proteas women head coach Hilton Moreeng is confident his side can put on a great performance, and possibly earn their first series triumph on Indian soil.

The Proteas are fresh from comprehensive and morale-boosting series victories over Pakistan. They beat a visiting Pakistan side 3-0 in a one-day international (ODI) series, before seeing them off 2-1 in the T20s in February.

Moreeng hopes they can carry that momentum into the series, with India, ranked second in the world, having last played a competitive match in the T20 Women’s World Cup final a year ago.

“We have a head start as we have [played] a series ahead of them. So, we hope that will count in our favour, and we’ll see how the series unfolds,” the coach said.

The Proteas, without two influential players in Dane van Niekerk and Chloe Tryon through injury, will play five ODIs and three T20s.

They last visited the cricketing powerhouse in 2019, where they were thoroughly outclassed. They lost the ODI series 3-0 and fell 3-1 on the T20 leg.

Moreeng was at the helm during that visit, too, and said they learnt a lot from the experience.

“We know Indian conditions are not easy for any touring team, so we’re expecting them to be tough. Most of us have been exposed to these conditions as well, having come here before. The last visit was not a joyful one because of the way the results went, even though we worked and tried very hard,” he said.

“But we learnt a lot from that and will see that in the results, I’m sure, with a lot of those players in this squad as well. It’s the first time we’ll be at this venue, so we’ll assess things once we exit quarantine on Friday. We’ll then have an idea of what things might look like.”

The Proteas will have only two days to train and assess the pitch conditions at Ekana Stadium in Lucknow before the first match on Sunday. This is because when they arrived in the country on Saturday, 27 February they had to quarantine for six days.

Moreeng said his players are in good spirits, despite the initial isolation and not being active for so many days after their arrival.

In the absence of their regular skipper, Van Niekerk, the team will be led by Sune Luus, a batting all-rounder who was captain when the Proteas beat Pakistan.

The 25-year-old is revelling in the fact that she and her teammates are collecting minutes under their belt, with their eyes firmly on the 2022 ODI World Cup in New Zealand in just under a year.

“After having no cricket for nearly a year, to have two tours in quick succession is really exciting. It really helps with our preparation for the World Cup next year and I think the more cricket we play now the better it will be for us come the finals in New Zealand. Every match we play we need to capitalise on and make the most of the opportunity,” said Luus.

The captain will be banking on the in-form and experienced duo of Shabnim Ismail and Marizanne Kapp to make things happen for the team. Ismail in particular was in scintillating form during Pakistan’s recent tour, and was named women’s player of the month for January.

“We have the likes Marizanne, Shabnim and all the rest back again. Many of the players are also in form at the moment, which is what you need when you go to India. Hopefully it turns out to be a good tour for us,” added Luus.

Less-experienced fringe players such as Lara Goodall and Tazmin Brits will also be looking to use the series to hand Moreeng a selection headache in the build-up to next year’s World Cup. Great performances from them will benefit themselves and the team. DM

By her friends, work colleagues, and family • 5 hours ago