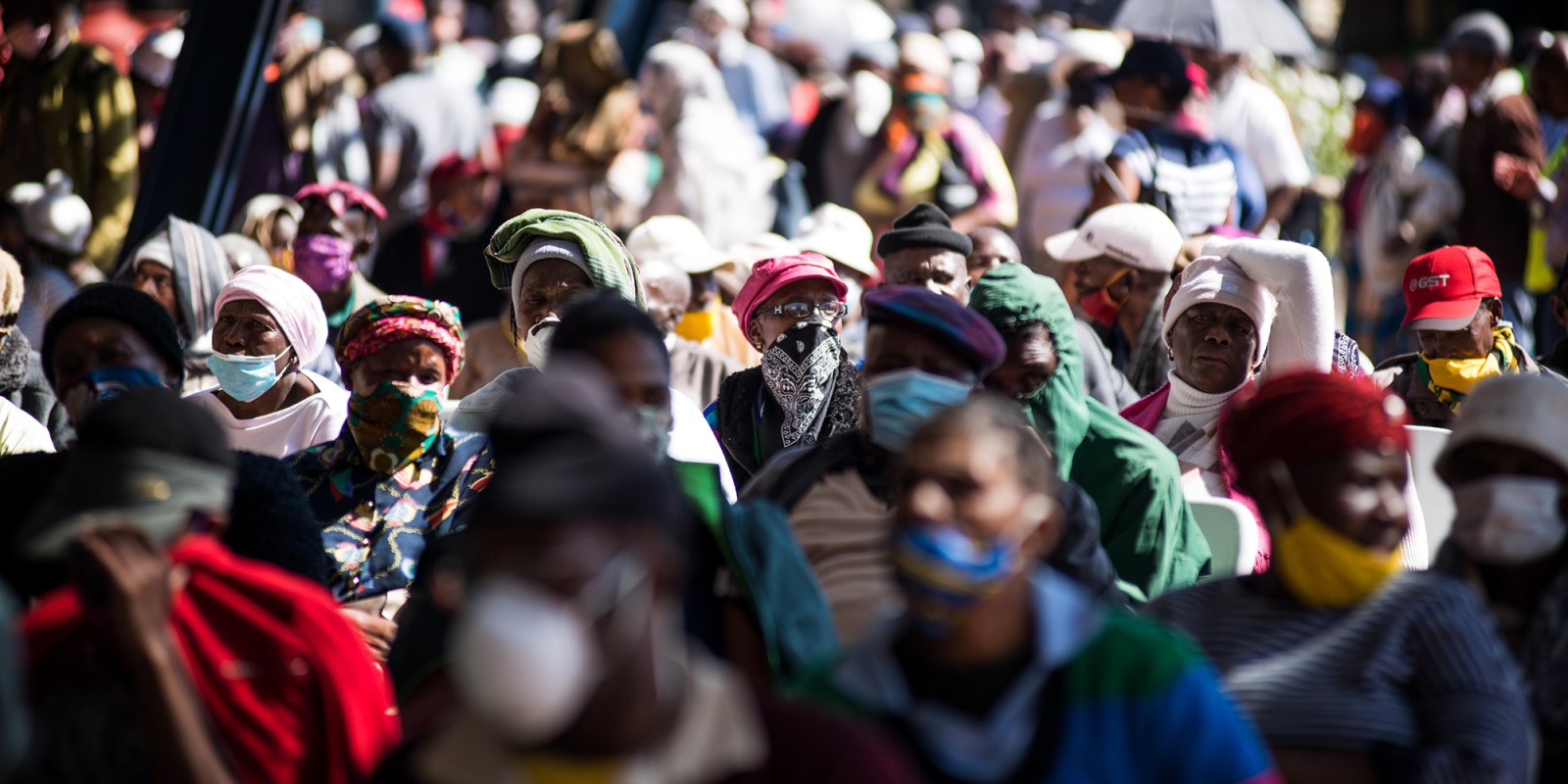 National Treasury officials have defended their decision to not increase social grants in line with inflation for the first time in more than a decade, saying it is necessary to bring prudence into public finances by cutting ballooning expenditure.

Treasury has been attacked by social justice activists and academics, who say it has increased hardship among South Africa’s poorest and most vulnerable households by not increasing social grants for 2021 in line with inflation.

In a discussion call with investors hosted by Nedbank and Citi on Thursday, Treasury deputy director-general for public finances Mampho Modise defended the government’s unpopular decision on grants.

“It was not a strategy to disadvantage the poor by increasing social grants by less than inflation. It was more of balancing the need for fiscal consolidation, boosting economic growth and protecting [government spending] infrastructure,” she said.

Modise added that spending on the country’s 18 million beneficiaries had ballooned over the years to become a big line-item in government expenditure.

When the government announced in October 2020 a plan to cut expenditure by more than R300-billion over the next three years, Modise said Treasury had to target social grants in addition to the public sector wage bill.  She said social grants had been insulated from cuts since Treasury embarked on a fiscal consolidation path in 2012.

“Since we started with fiscal consolidation, we tried, by all means, to protect Social Development [the department that pays social grants] even when we had to find the money for fee-free higher education in 2017. We protected social development. But because of the quantum of what we had to look at [in terms of cutting government expenditure], it was very difficult to not look at slowing down the pace of growth in social development.”

Modise was more diplomatic than Finance Minister Tito Mboweni when he responded to criticism that Treasury had proposed an “anti-poor” Budget. “There is no social contract that says every year there must be ‘X’ amount of increase. The allocations made were what we can afford,” Mboweni said at a press conference after presenting the Budget to Parliament.

Criticism of the Budget has come in thick and fast.

According to Business Day, Michael Sachs, acting chair of the Financial and Fiscal Commission, which advises the government on its expenditure framework, said in Parliament that the Budget might be inconsistent with the Constitution’s Bill of Rights. This was because cuts in social grants and health allocations (with spending cuts of over R3-billion over the next three years) might undermine basic human rights, such as access to health and state support through social grants.

Civil society group the Black Sash said the Budget “failed to address the escalating humanitarian crisis that currently threatens the livelihoods of millions of vulnerable people”.

Treasury’s Modise said lower-than-usual social grant increases were necessary to fund social relief programmes launched by the government during the Covid-19 pandemic, including the R350-a-month grant. That payout, which costs the government R2.1-billion a month, was introduced in May 2020 to provide relief to individuals above the age of 18 who are unemployed and do not receive any income or any other social grant.

“We are hoping that people benefiting from grants will be absorbed into the initiative [and get employment opportunities],” said Modise, adding that fewer people will then depend on social grants.

“We are looking at a period when things are tough and we have to make tough decisions. When things get better, one would consider proposals of social grants [increasing]. But, for now, we are better off as a country consolidating and making sure we protect social development.” DM/BM