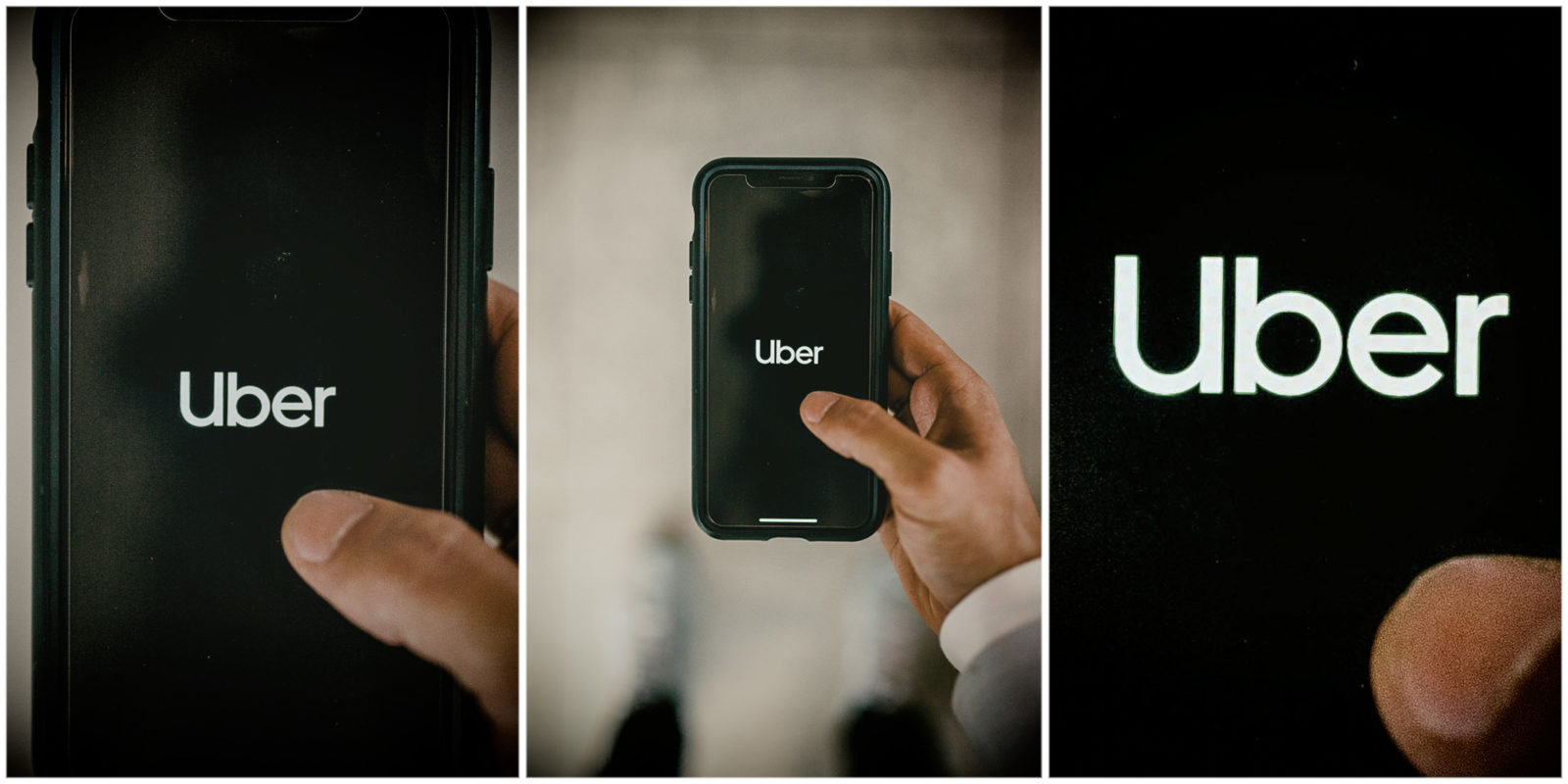 A coalition of law firms intends filing a class action complaint against ride-sharing service Uber South Africa on behalf of South African Uber drivers. They argue that Uber drivers are being denied labour rights constitutionally entrenched in South Africa and in the Labour Relations Act.

Like policymakers in the rest of the world, African policymakers are also grappling with regulating new employment types that stem from the digital economy. And a new, pending case in South Africa against ride-sharing giant Uber might set global standards if local courts use this invaluable opportunity to decide about the nature of these novel work arrangements.

Innovations are transforming the way we structure our economies and society. Sometimes referred to as the Fourth Industrial Revolution (4IR) and generally recognised as the advent and implementation of modern and occasionally disruptive technologies that incorporate digitisation, this “revolution” paradigm shift simultaneously raises challenges and opportunities to provide social protection for gig workers.

Where platform workers are categorised as self-employed, their social security coverage is also limited; in South Africa, Uber’s self-employed workers are not covered by social insurance plans. The rise of the “gig” (or platform) economy in South Africa can exacerbate existing gaps in social security, leading to precariousness, unless successful policy responses to mitigate these vulnerabilities are adopted.

Most gig workers in South Africa only benefit from short-term “gigs” from digital platforms such as Bolt, Uber, SweepSouth and Mr D. According to the FairWork Foundation, some 35,000 workers in South Africa work in the taxi, delivery and cleaning industries and up to 100,000 are actively employed as freelancers, more commonly self-employed people. Although many of these jobs do not convert to full-time employment, this also indicates that gig work impacts at least 1% of the South African workforce, a figure that is far over 10% annually.

Consequently, considering the household scale, gig work in South Africa will directly affect more than half a million citizens, making it a significant economic and social problem. To date, there has been no progress in the public domain by government and digital platforms to improve the rights of gig workers in South Africa.

South Africa has an unemployment rate of 32.5%, with youth unemployment reaching an all-time high of 61.3% in the third quarter of 2020. South Africa might thus be construed as a potential big beneficiary of the gig economy that could favour overall economic growth, increase in employment figures, and adherence to the expectations of workers’ needs.

However, gig workers face worse working conditions than their traditionally employed counterparts, and in South Africa, there has been a decline in the power of the labour market. This has been attributed to the lack of direct intervention by the government.

As the world’s largest ride shell provider, Uber has roughly $102-billion in market capitalisation, and its “Mobility” (Uber X) operating revenue in the year 2020 was $293-million globally. Uber plays a pivotal role in employment creation in South Africa. It was reported in 2018 that Uber dominated 75% of the South African taxi industry. Because of the income gap in South Africa, few company drivers buy the vehicles they drive. Instead, they rent them from shareholders, named “partners” who share the profits.

As in other countries globally, gig economy companies often profit from existing legislative loopholes, just as in South Africa: labour rights are confined to workers categorised as “employees” and thus entitled to protection under the Labour Relations Act.

By typically classifying their workers as “independent contractors”, digital platforms may eschew the ramifications and responsibilities resulting from the privileges employees are entitled to, such as minimum wage, maximum hours, paid leave, and so on. Similarly, it means gig workers cannot hold their de facto employers liable for their responsibilities towards those they employ or contract.

Gig workers elsewhere have challenged this standing, trying to assert employment benefits by turning to courts. In some instances, like the recent UK case, they have been successful. In others, less so.  Similarly, Uber drivers in South Africa have sought to challenge Uber, but the case was thrown out based on what was effectively a very technical legal point.

But a coalition of law firms, the London-based law firm Leigh Day and Johannesburg-based Mbuyisa Moleele Lawyers, have recently revealed intentions to file a class-action complaint against ride-sharing service Uber South Africa on behalf of South African Uber drivers. Their arguments include that Uber drivers are being denied labour rights constitutionally entrenched in South Africa (and in the Labour Relations Act), and should this be, the allegation is focused on the prerogative of the drivers to rights as workers under South African law and would reimburse demand for unpaid overtime and holiday pay.

This lawsuit follows a UK Supreme Court ruling that Uber drivers can be treated officially as “workers” rather than independent contractors. As such, even in South Africa, they should be entitled to similar benefits.

The technological disruption of labour markets will continue to bring unprecedented obstacles and opportunities for gig workers in both South Africa and the world. However, governments should promote gig workers’ rights regardless of platforms’ assertion that workers are independent contractors. The Covid-19 pandemic also demonstrated the value of South African gig workers.

As a longer-term step, a legislative mechanism must be sought to save workers from employment status limbo where modern work models and laws are matched with their needs. Gig workers in South Africa remain overlooked in policymaking processes, even though they replace permanent jobs.

The changing global digital economy will continue to generate value fast, but it is slow to create permanent employment for gig workers, which calls for innovative approaches to address labour market demands.

“Uber is a prime example of a collaborative business model that offers the technology by which independent transportation service providers can easily access income-earning opportunities that were out of reach just a few years back.

“Uber has always been upfront about its model, and drivers have signed up to use the app for this. In every driver and courier survey over the last decade, the vast majority of platform workers have consistently said they don’t want to be employees because of how much they value flexibility and the ability to choose if, when and how they work. But we also know flexibility and new economic opportunities should not come at the cost of peace of mind and security. That’s why Uber has introduced additional benefits and protections, such as safety features, Partner Injury Protection insurance and access to quality and affordable private healthcare cover for drivers and their families, voluntarily. We’re also committed to ensuring all drivers have access to decent earning opportunities and will continue to help reduce their operating costs.

“Without the gig economy, how would tens of thousands of South Africans who have been doing gig work stay afloat when so few companies are hiring? At a time when we need more jobs, not fewer, we believe Uber and other platforms can be a bridge to a sustainable economic recovery. Uber has already produced thousands of sustainable economic opportunities. This is testament to the appeal of the Uber business model which provides drivers with an independent status while allowing them to develop and expand their businesses following their needs and time schedules as well as their business skills and plans, and pursue any other economic activities of their choice.” DM

Oarabile Mudongo is a Technology Exchange Fellow with Ford Foundation and the Media Democracy Fund and a Research Fellow at Research ICT Africa, specialising in AI policy and governance. He served on the advisory board of the Mozilla Reps Council at Mozilla Foundation. He is tudying for his master’s in Interdisciplinary Digital Knowledge Economy Studies at the University of the Witwatersrand.

Tapiwa Chinembiri is a junior researcher at Research ICT Africa with special interests in African mobile pricing and affordability. He holds a master’s degree in economics from the University of Cape Town.