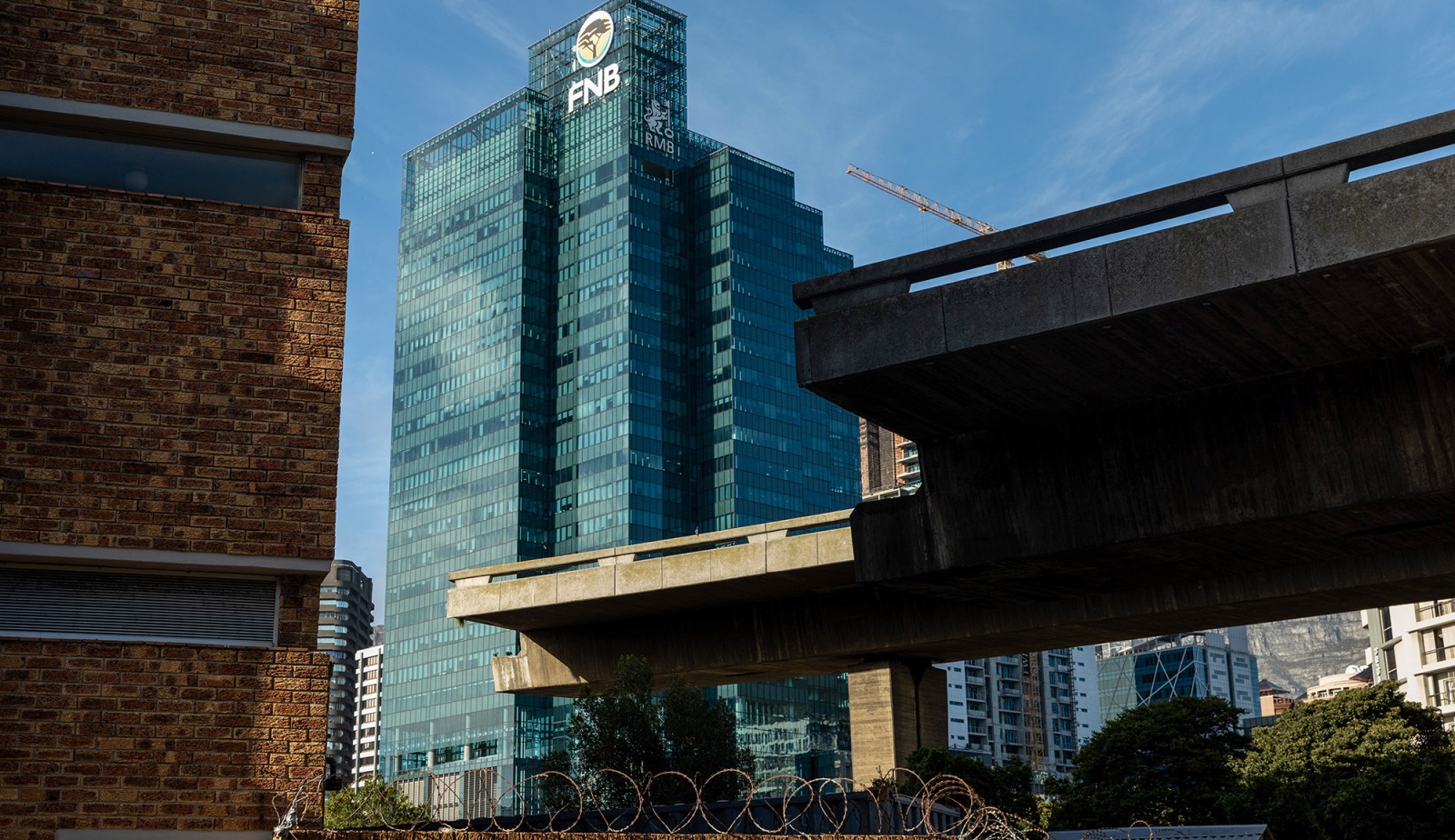 The FirstRand Bank office building in Cape Town. FirstRand has reintroduced its dividend after it recovered faster than expected from the depth of the Covid-19 pandemic. (Photo: Dwayne Senior / Bloomberg via Getty Images)

The financial services group says it is in a position to make a payout to shareholders after conserving capital and strengthening its balance sheet.

FirstRand has reintroduced its dividend after it recovered faster than expected from the depth of the Covid-19 pandemic. Although first-half earnings are down from a year ago, it says the economy has rebounded better than it anticipated.

South Africa’s largest bank by market value held back on a final dividend last June after making significantly larger allowances for bad debts due to the hard lockdown, which affected the ability of its customers to repay their loans. Last April, the Reserve Bank’s Prudential Authority advised banks to preserve capital due to the potential stress Covid-19 could exert on their balance sheets.

“Since June 2020, earnings have recovered faster than expected, driven by a better than anticipated rebound in the economy, which has supported transactional volumes, growth in deposit balances and an improved credit experience,” CEO Alan Pullinger said.

Over the past six months, Pullinger said FirstRand had accreted capital and strengthened its balance sheet, enabling the group to declare an interim dividend.

“I think one needs to remember that South African banks have been relatively conservative over the past few years with respect to their overall balance sheets, and the reintroduction of the dividend emphasises that the balance sheet remains healthy,” Old Mutual Wealth portfolio manager Dean Ginsberg said.

“That said, some customers remain under pressure.”

The group, which comprises FNB, RMB, WesBank and UK lender Aldermore, reported a 20% decline in normalised earnings due to provisions it made for bad debt, with its impairment charge rising 59% to R9.4-billion. The comparative period a year earlier fell before the outbreak of the pandemic. However, it said compared with the six months to end-June 2020, there were indications of a positive rebound in its performance.

Credit impairment charges have to be booked upfront due to accounting regulations. That took a toll on 2020’s earnings even though the pandemic only affected the final three months of its 2020 financial year. Under International Financial Accounting Standards (IFRS), banks are required to consider forward-looking information when they calculate the credit losses they expect to incur.

Stripping out provisions, which it continued to build up since June, operating profit for the six months was only 1% down from a year earlier. It said this was despite the impact of a 300 basis point reduction in interest rates since December 2019. Falling interest rates have a negative impact on banks’ earnings as the interest received on loans doesn’t fully compensate for the increased costs associated with deposits and longer-term funding. The so-called endowment effect is countered to some extent by more affordable payment terms for borrowers, which cushions their credit impairment ratios.

For the six months to end-December, net advances of credit impairments held steady, while deposits increased by 8%. Normalised earnings declined by 21% to R11-billion from R14-billion a year earlier. Headline earnings per share were 20% lower at 198.9c. It reduced its interim dividend by a quarter to 110c per share.

While FirstRand doesn’t expect the level of earnings for the first half to be repeated in the second six months, it still expects full-year earnings to exceed those reported last year.

“Advances were pretty much unchanged on the back of lower risk appetite and reduced demand for credit during the middle of the Covid crisis,” said Ginsberg.

“Encouraging was that deposit growth remains elevated, especially during this time, but it highlights a slowdown in the velocity of money.”

The bank’s credit loss ratio rose to 1.46% from 0.95% but was below the 1.91% reported at the end of June. Its normalised return on equity (ROE), a key measure of its financial performance, fell to 15.6% from 21.2% in December 2019 but was up from June’s 12.9%. An ROE above the cost of equity was a pleasing performance given the current macro environment, it said.

Despite the improvements over the six months, FirstRand said the domestic operating environment remained challenging, particularly given the risk of a third wave of the pandemic heading into winter and the projected timing of vaccinating the targeted level of the population.

“Several sectors are expected to remain challenged for much of 2021 and the full effects of the adjusted Level 3 lockdowns are yet to be felt,” Pullinger said.

“The possibility of a third wave heading into winter, with mini-lockdowns, and the extended time-frame associated with reaching the target level of vaccinations, requires us to assume a cautious outlook.”

While FirstRand doesn’t expect the level of earnings for the first half to be repeated in the second six months, it still expects full-year earnings to exceed those reported last year.

“The key takeaway is that the recovery since June 2020 has exceeded expectations, driven by an anticipated rebound in a rather subdued economy, which has supported transactional volumes and deposit balances. ROEs should start to improve again, once earnings normalise post the Covid crisis,” Ginsberg said.

“We are cautiously optimistic, and the return of the dividend is certainly a positive step by management – we just need to keep a close eye on the vaccine roll-out and any potential economic lockdowns domestically.” DM/BM