Can a new national dialogue save South Africa — and what about the ANC elephant in the room? 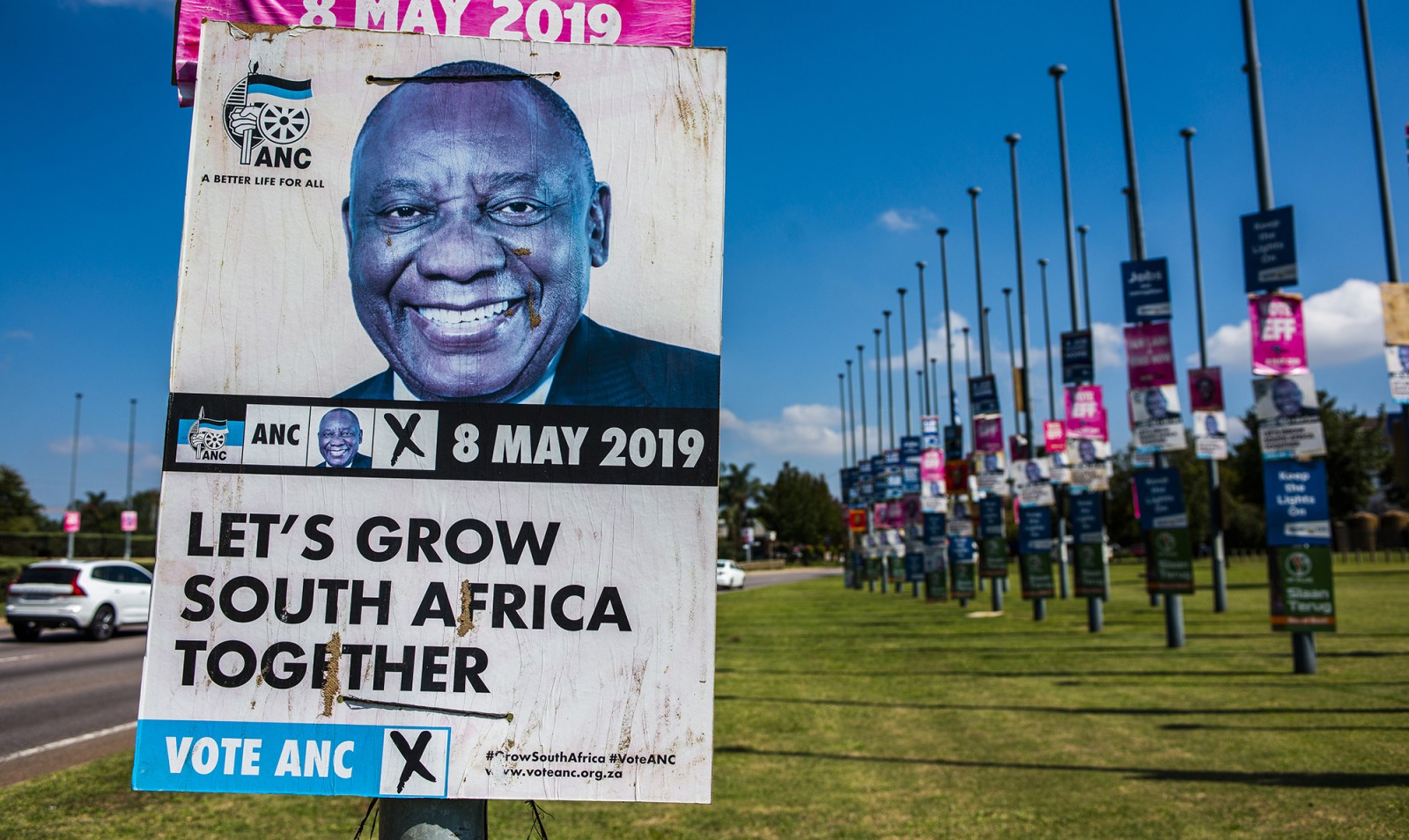 South Africa faces multiple crises, participants at a high-level, closed-door, off-the-record Zoom meeting agreed. But the big elephant in the room is the crisis in the ANC. If this can’t be fixed and the organisation can’t even uphold the rule of law by repudiating former president Jacob Zuma, transformation is impossible, participants agreed.

Due to Covid-19, as well as the mismanagement and stagnation that was present well before the pandemic, South Africa has shed millions of jobs. Poverty has increased dramatically and there is a clear failure of leadership at various levels — in politics, business and civil society.

Can this crisis be a catalyst for change?

Could people in the middle ground who have the wellbeing of South Africa at heart forge a new consensus around how to fix the country?

These were the questions asked during a closed discussion (behind the Zoom cameras) of more than 70 of South Africa’s most prominent and influential thinkers and policymakers on 23 February 2021.

The proposal for a new national dialogue was put on the table by the In Transformation Initiative, Democracy Works Foundation, Hanns Seidel Foundation, Kgalema Motlanthe Foundation and Gordon Institute of Business Science.

Figures presented at the event show the depth of the problem. South Africans today are 12% poorer than they were in 2014. “People are starving and hunger is on the rise,” said one speaker.

There has been an unprecedented attack on the judiciary and increased racism and xenophobia.

The consensus of 1994 — the “arranged marriage”, as one speaker put it — is long gone. The social fabric of society is all but ripped up. Those in the virtual room all agreed the situation is dire.

If nothing is done, “South Africa’s future as a constitutional democracy might be at stake,” said one speaker. There was general agreement that everyone in the country has a role to play in improving the situation.

As to be expected in such a debate, with people representing a diversity of views, there were nuances in the understanding of the crisis, the most urgent priorities and the sequencing of interventions.

From the discussions, however, there was a clear sense that a focus on local government could be a starting point to achieve broader change.

Across the country — from Koster and Swartruggens to Makhanda and Scottburgh — people are taking the law (and cleaning out sewage) into their own hands.

This is the real interface between citizens and government. Yet their negative experience calls into question active citizenship, said one of the speakers.

A focus on building skills, bringing in the private sector to help fix municipalities and encouraging decentralised investment could restore people’s hope in the future. If they see small things improve they can start believing in bigger change.

Would the solution then be to start from this lower level with local government, civil society and the private sector, working up to reach leadership at the helm?

Local elections — to be held before the end of the year — would be an important moment to explore. Together with that, the process of electoral reform to ensure greater accountability from politicians to the electorate would be key. Processes are already under way, led by some of those who participated in the debate, to push for such reforms.

However, others say nothing is possible without fixing politics at the highest level.

The crisis in the ANC is the elephant in the room. If this can’t be fixed, and the organisation can’t even uphold the rule of law by repudiating former president Jacob Zuma, transformation is impossible.

Meanwhile, the opposition has failed to capitalise on the weaknesses in the ruling party.

The insatiable appetite for consumption by the elite, without contributing to growth, has led to a massive underclass, economic stagnation, capital flight and marginalisation of the middle classes, noted another contributor.

The Trump era in the United States and right-wing governments in Europe have shown that there are no more taboos; unequal power relations allow politicians to appeal to people’s worst instincts, with a blaming culture taking hold in many parts of the globe. Globally, we are in a “pre-fascist era”, one speaker said.

Therefore, the only way to fight corruption and drag the country’s people out of poverty is to start at the top. Or is it the top and the bottom at the same time? And what needs to be done first?

Focusing on economic growth is for many speakers the key to improvements across the board. Needless to say, growth has always been a contentious issue in South Africa and this was reflected in the nuances in participants’ views at the discussion.

Profound questions, such as how you understand the role of the state, racialised capitalism and gendered power dynamics, still have to be answered. How do you make sure solutions are rooted in social justice and the Constitution?

Meanwhile, according to some, the immediate future for growth doesn’t look as bleak as some might see it now.

Prospects of 3.5% growth in 2021, sustained in 2022, would be enough to “turn things around”, said one speaker. This would need important structural reforms such as unbundling Eskom — which is already under way — and spectrum release. These are issues not necessarily dependent on Cabinet, but on regulators. So the prospects for improvement are real.

For others, growth in South Africa has never been inclusive.

And 3.5% would never be enough. Rather 6% growth would be needed to lower *unemployment to 15% — according to the latest projections by Business South Africa (Busa).

“Who gives government the mandate to go for such a low growth target while Rome is burning?” asked one speaker.

Clearly, despite divergence on several issues, the crisis is such that well-meaning groups and individuals are compelled to work together and use the tools available to achieve change. Change can only come through power, and wrenching power from those destructive forces on the extreme left or right — or those with the most Twitter followers — is no easy task in this fraught atmosphere of mistrust and bad online behaviour.

The Trump era in the United States and right-wing governments in Europe have shown that there are no more taboos; unequal power relations allow politicians to appeal to people’s worst instincts, with a blaming culture taking hold in many parts of the globe. Globally, we are in a “pre-fascist era”, one speaker said.

Being stuck in an old paradigm while technology has taken over how people interact has led to this crisis of fake news and blurred lines between truth and lies. Those with access to technology are considered those allowed an opinion, leaving a chasm between the haves and the have-nots.

Another speaker who ran a popular hashtag campaign warned about the “Kumbaya” effect of such groups that can get a life of its own, sometimes spiralling into a focus on identity politics and never really dealing with the difficult issues. Any of us who belong to a WhatsApp group will agree with this.

During the debate, more than one contributor urged the group not to over-theorise things, to drown out some of the “noise” and zoom in on what is really necessary: food, energy, water, education, healthcare and restoring hope in the future.

Plans, however, should be “politically implementable, able to mobilise civil society and be economically feasible”.

And in many instances there are solutions available. South Africa, for example, has had record agricultural exports these past few years. However, this hasn’t translated into immediate gains for the poor. State regulations have prevented new investment in agriculture and mining.

Inclusive growth paths would have to focus on labour intensity, but this is difficult with a broken and corrupt state.

Covid-19 might have caused the immediate crisis, but this will be followed by the climate crisis, warned one of the speakers, which would mean solutions have to be found for the short, medium and long term.

The organisers of last week’s debate say more such dialogues will be planned during the course of the year, working towards consensus on strategic goals, no matter how difficult the discussion.

The outcomes will show if there is a real appetite for change and if the middle ground is large enough and powerful enough to make it happen. DM

Liesl Louw-Vaudran is a non-executive board member of the In Transformation Initiative.

*A correction was made to this article on Friday, 5 March, 2021 at 9.20am, to reflect that 6% growth would be needed to lower unemployment to 15% (not employment as originally stated).