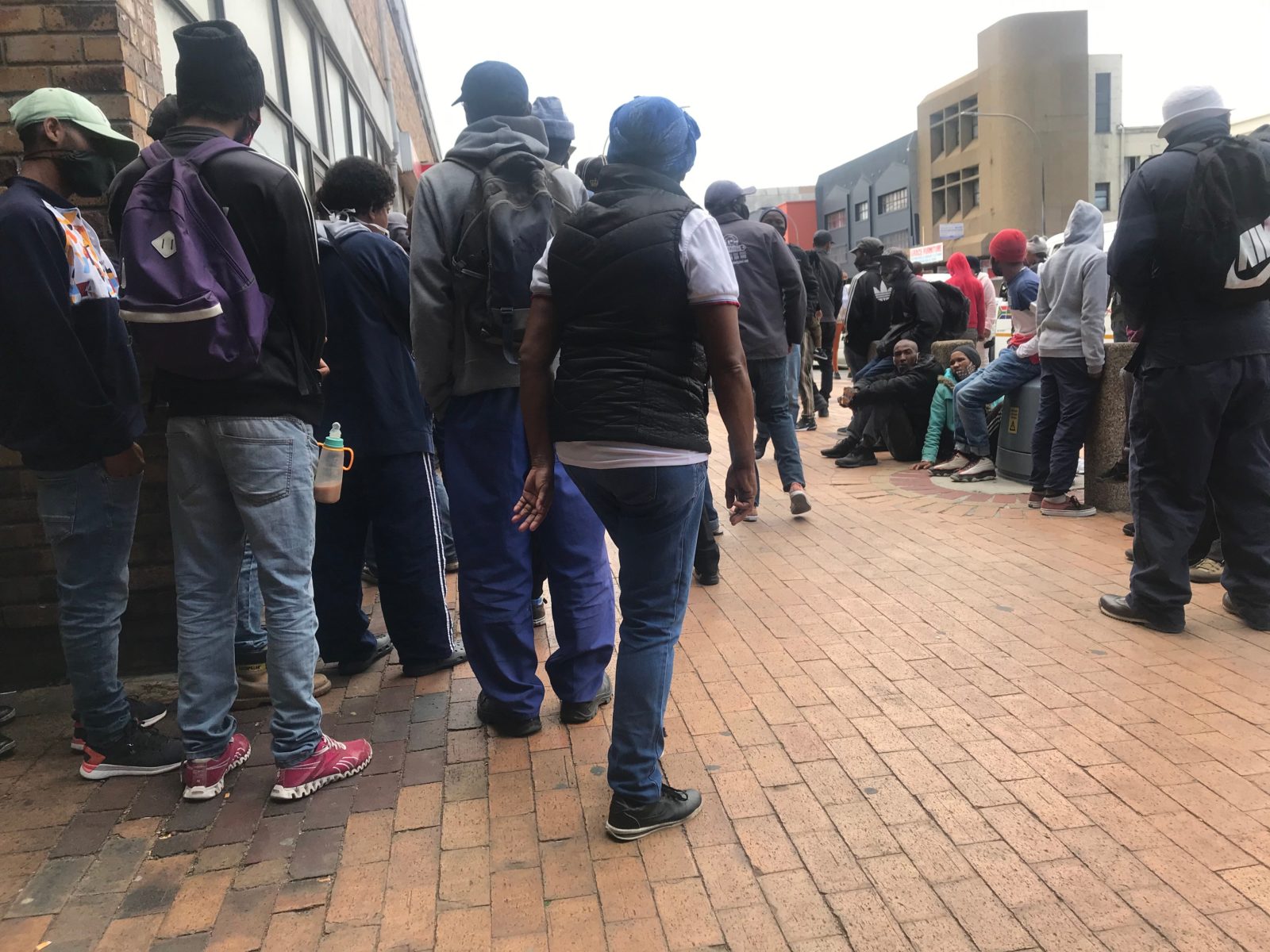 8,000 families have turned to Zimbabwean embassy for assistance.

Zimbabwean relief organisations are struggling to keep up with the demand for food help from immigrants in South Africa who have been floored by the Covid-19 pandemic. Though the special R350-a-month Covid-19 relief grant was extended to immigrants last year, many are battling to access the grant.

Zimbabwe Community SA spokesperson Bongani Mazwi Mkwananzi says his organisation has helped about 2,000 families with food since November last year, mostly in Gauteng but also in Cape Town. There are 4,700 people on the list. “We are appealing to business people and donors to assist with the food distribution programme since people are still struggling and have not returned to work.”

Mkwanazi says many immigrants earned a living through informal trading, domestic work, and casual jobs in restaurants, and have been hard hit by the pandemic. Initially, there was no assistance for immigrants from the South African government, but Pretoria high court Judge Selby Baqwa ruled on 19 June that the R350 Special Covid-19 Social Relief of Distress must be extended to asylum seekers and special permit holders from Lesotho, Angola and Zimbabwe.

Sassa, with the help of the Department of Home Affairs and the Scalabrini Centre, has created a separate web application channel for asylum seekers and permit holders which caters for their special identification numbers.

The grant, which was due to expire at the end of January, has been extended for three more months.

But Mkwananzi says an informal survey of members of Zim Community SA revealed that many battle to access the Covid-19 grant. “They wish they would receive the grant and buy their families some food. Most of the people who applied for the grant were declined and some said they were never responded to,” he said.

On 2 March in an email, deputy ambassador Martin Makururu of Zimbabwe to South Africa told GroundUp that about 8,000 Zimbabweans had asked for food help since the beginning of lockdown. The Johannesburg consulate had submitted a list of 5,000 names for food parcels assistance to the International Organisation for Migration (IOM) he said.

“Zimbabwean nationals in South Africa in the informal sector and hospitality industry were hardest hit.”

“The situation was tough during the initial lockdown. Those nationals who found the going tough returned home,” he said. When lockdown levels were lowered, almost half of those who had “weathered the storm” had not been rehired, said Makururu. Some had asked for help with repatriation. But with further easing of the restrictions some had changed their minds and stayed, he said.

“It would seem Zimbabweans in South Africa have various survival strategies to cope with the situation, such as relying on savings and looking for employment outside the hospitality and tourism industry.” DM