Bad week for women in rugby, but Cape Town Sevens back...

Bad week for women in rugby, but Cape Town Sevens back on cards 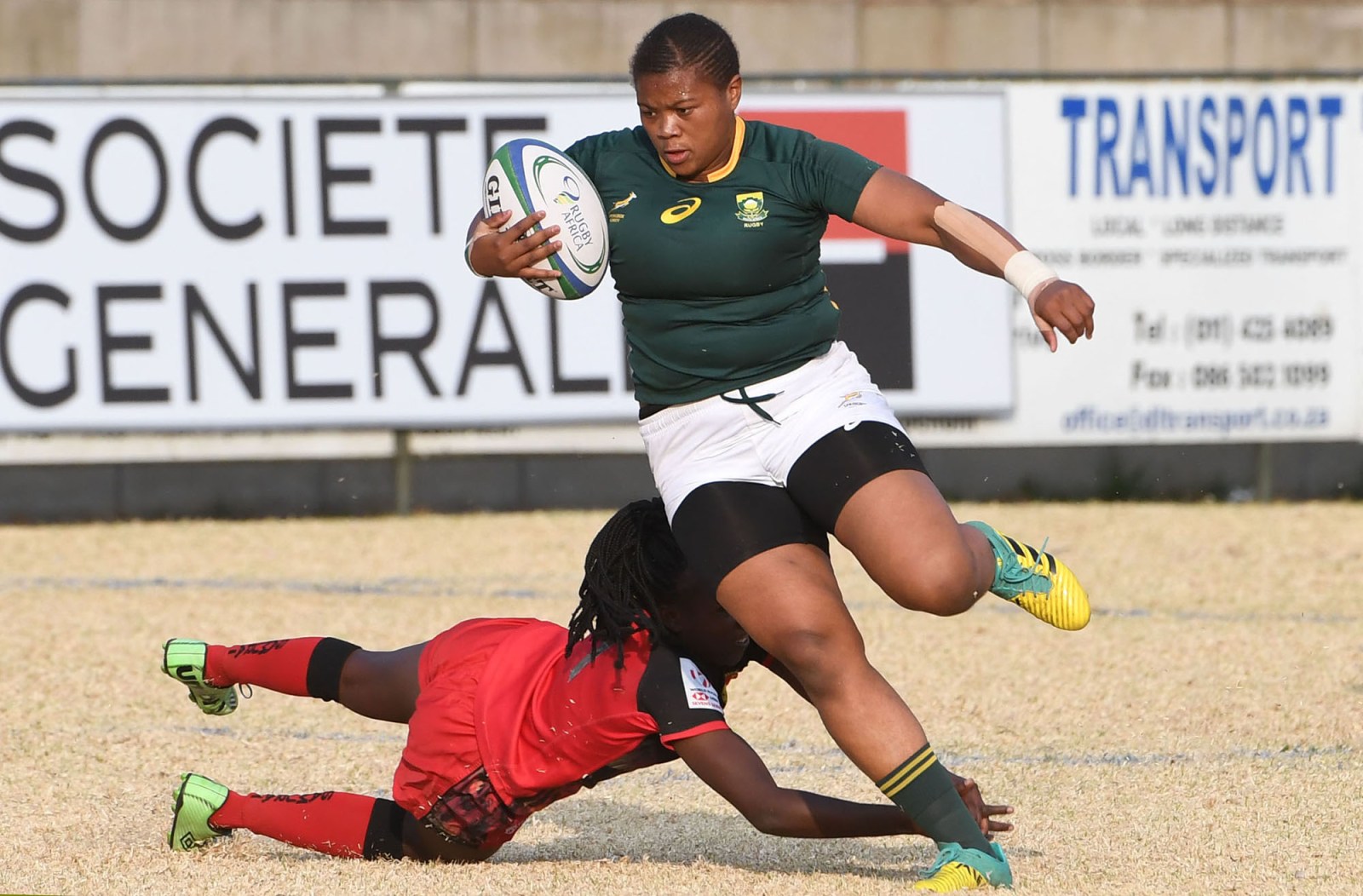 Aphiwe Ngwevu of the Springboks during the Women's World Cup qualifier against Uganda at Bosman Stadium in Brakpan in 2019. As one of the participating teams at RWC 2021, the Springbok women’s side were affected by the postponement. (Photo: Lee Warren / Gallo Images)

The South African women’s rugby programme has been dealt a blow with news that the 2021 Rugby World Cup scheduled for New Zealand will be postponed. But there is some good news on the Cape Town Sevens front.

It hasn’t been a good week for women in rugby and for women’s rugby in general.

The fact that McLaughlan asked hard questions about incidents that most watchers were spewing about during the game, seemed to rankle many male viewers. They were probably the ones screaming at referee Pascal Gaüzère’s howlers and demanding answers. When McLaughlan sought those answers, she was attacked.

Many members of the rugby community jumped to McLaughlan’s defence since she was doing her job, and doing it well. But it underlined that women in rugby, and more generally women’s rugby, is seen as second rate.

That perception has been further entrenched with the news that World Rugby has recommended the postponement of the 2021 Women’s World Cup owing to Covid-19. World Rugby proposed that the event be rescheduled for September and October 2022.

“The recommendation is based on the evolution of the uncertain and challenging global Covid-19 landscape,” World Rugby said.

“It has become clear in recent discussions with key partners, including New Zealand Rugby (NZR), the New Zealand government and participating unions, that, given the scale of the event and the Covid-19-related uncertainties, it is just not possible to deliver the environment for all teams to be the best that they can be on the sport’s greatest stage.

“The challenges include uncertainty and the ability of teams to prepare adequately for a Rugby World Cup tournament both before and on arrival in New Zealand, and challenging global travel restrictions.”

World Rugby’s recommendation has also emerged as the Six Nations, European club rugby and South African men’s rugby continue under Covid-19 protocols. And New Zealand is way ahead of all these territories in controlling the coronavirus.

The recently completed Australian Open in Melbourne had some hiccups, but was completed. Football’s European Championships are set to go ahead in June and at this stage the Tokyo Olympics are still a go.

Indications are that the decision is driven by political and commercial considerations. The New Zealand government is cautious about allowing in foreign visitors and when they do, it is under strict quarantine conditions.

Having about 500 people (players, management, medical staff and other representatives) in quarantine for 14 days, who will undergo several Covid-19 tests, will massively swell the costs of the tournament.

“While appreciating the recommendation is extremely disappointing for teams and fans, it has their interests at heart and gives the tournament the best opportunity to be all it can be for them, all New Zealanders and the global rugby family,” World Rugby said.

Every sports event comes with its own challenges and RWC 2021 will no doubt present massive ones and come at a heavy extra cost because of Covid-19 protocols.

Perhaps postponement was the only feasible option, but detailed facts on how this decision was reached have not been revealed. Wanting the tournament “to be all it can be” hardly sheds any light on the practical pitfalls of staging it later in 2021.

As one of the participating teams at RWC 2021, the Springbok women’s side are affected by the decision. Their year was geared towards the tournament and the recent appointment of high-performance manager Lynne Cantwell was a sign that SA Rugby are serious about women’s rugby.

The delay is not ideal, but it does give the team more time to improve under Cantwell’s strategic guidance.

“While we are extremely disappointed in South Africa, we see the opportunity in allowing the Springbok women more time to train and prepare in their present high-performance set-up for the World Cup,” Cantwell said.

“The World Cup in New Zealand is the immediate focus. That is something that is visible and is going to make an impression on 13- or 14-year-old girls across the country. We want to show there is an aspirational pathway.

“My role is a very strategic one that looks to the future. Ultimately we want to build a team for the 2025 and 2029 World Cup tournaments.

“We will look to play international friendlies this year once the restrictions settle and we will use this time to create and start implementing broader plans to grow the women’s game in South Africa,” she said.

“The priority at this point is to support the head coach and his staff as they support the players after taking on the news, and no doubt it will take them a couple of days to process this before being able to take the next steps to move forward together.”

Coach Stanley Raubenheimer immediately redirected his attention to forward planning: “It is now a question of realigning our goals and setting a new timelines for ourselves going forward. We cannot wait for the new dates to be announced so that we know how to prepare.

“In terms of time, it might not be a bad thing for us because, as I have said, time was the one thing we couldn’t get but needed, and we will now have more time in our preparation for the World Cup.

“This will give the players more time to play and really get to know what is expected of them from a physical and emotional perspective. I believe the right decision was made in the interests of everyone involved.”

In one piece of good news the Cape Town Sevens is just one of a handful of events that have been green-lighted by World Rugby for 2021.

The South African leg of the series will return to Cape Town Stadium from 10 to 12 December after a Covid-enforced absence in 2020. But because there is still no certainty about the virus’ long-term impact, SA Rugby are holding off on selling tickets.

The condensed 2021 World Series includes five women’s and four men’s rounds and kicks off in Paris with back-to-back women’s tournaments on two weekends in May, before the teams set sail for the Olympic Games, scheduled for Tokyo in July.

The World Series will recommence with men’s events in Singapore (29 to 30 October), followed by joint men’s and women’s events in Hong Kong (5 to 7 November), Dubai (3 to 4 December) and finally in Cape Town (10 to 12 December), which features women’s and men’s tournaments.

More events could be added to the calendar.

“We saw a very good appetite for the dual format of the tournament in 2019 and I am convinced that the same will apply this December,” SA Rugby chief executive Jurie Roux said. “The fact that we will be the final tournament of the series will add to the excitement and drama that is so closely associated with sevens rugby.

“We have seen the disruptions caused by Covid-19 in the past year and it was not easy to get all the moving parts together, especially as the postponed Olympic Games also impacted on the normal planning.” DM