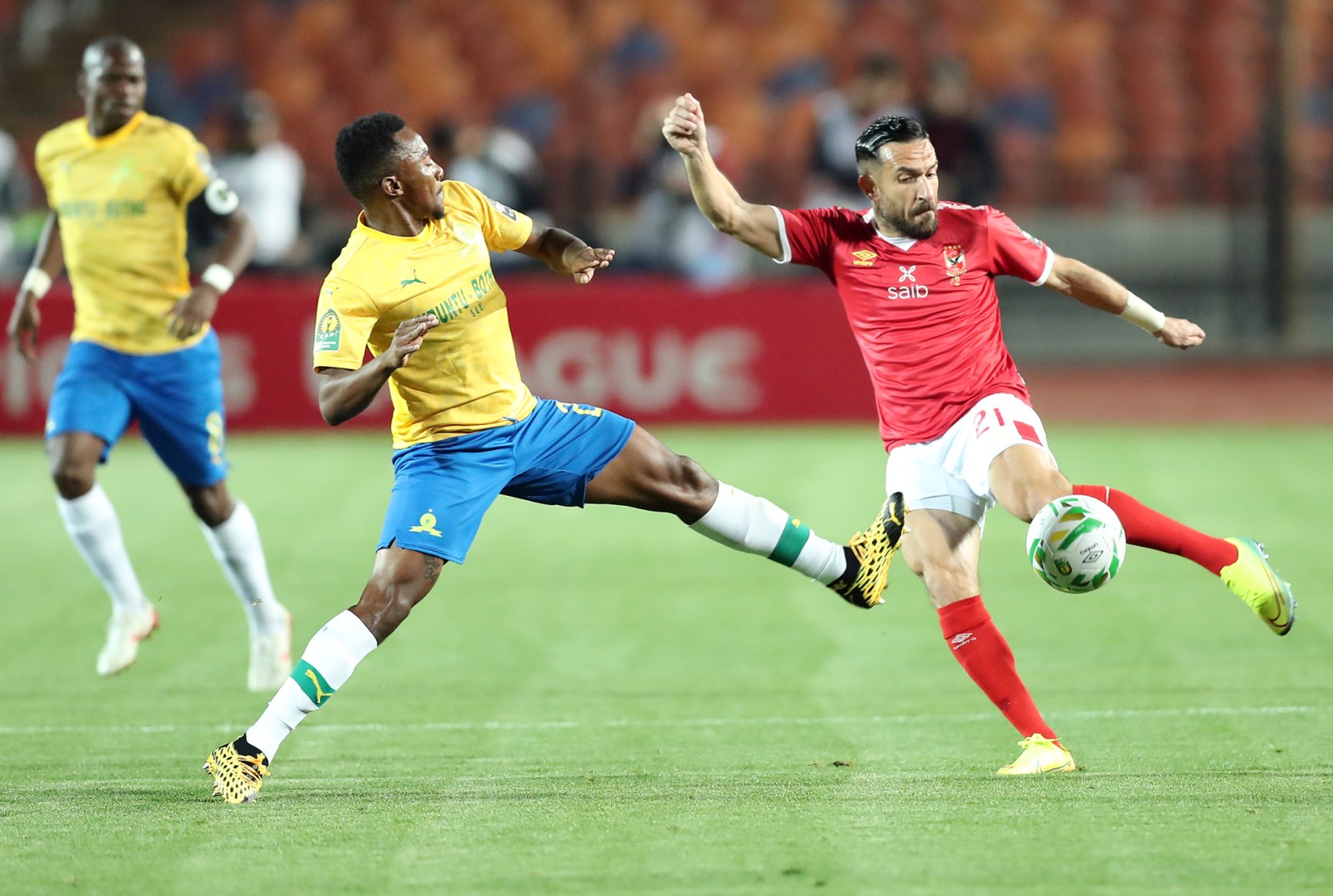 Trying to change gears in the demanding series is frustrating for Mamelodi Sundowns and Kaizer Chiefs.

Playing in the Confederation of African (CAF) Champions League can be a daunting and sometimes draining prospect. It also can forge mental resilience within teams, as evidenced by Mamelodi Sundowns’ knack for doing extraordinary things in recent seasons.

The Chloorkop side have been ever-present in the competition over the last decade, and the club’s former coach, Pitso Mosimane, once famously declared: “We know how to deal with the stress and the pressure. I mean, we play in the CAF Champions League.”

The pressure that comes with challenging some of the best clubs in Africa, in their own backyards, along with the stress of hours of travel can really test a team’s mental capacity. With Covid-19, this has become even more true.

In recent weeks, South Africa’s representatives in the continental competition for this season, Sundowns and Kaizer Chiefs, have been left particularly frustrated after they were denied entry into some countries, supposedly because of South Africa’s variant strain of Covid-19.

Masandawana were scheduled to play their second Group B match against Belouizdad of Algeria on 23 February, after beating Sudanese side Al Hilal 2-0 in their opening game.

However, the match did not take place because of travel restrictions imposed by the north African country on those coming from South Africa.

Chiefs faced a similar issue and were denied visas by Morocco, where they were scheduled to kick off their continental campaign against Wydad Casablanca on 13 February.

A confirmation that the game would take place on the same date in neighbouring Egypt was made. Then the Egyptian FA did an about-turn on the matter, saying they would no longer be able to host it.

This merry-go-round of events resulted in the South African Football Association (Safa) finally stepping in to intervene by writing to the continent’s football oversight body.

In a statement, Safa said: “Other clubs and countries have subsequently asked CAF to move their games from South Africa which the association has scoffed at as being opportunistic.”

Speaking on Robert Marawa’s radio show on Metro FM and Radio 2000, Safa CEO Tebogo Motlanthe explained the concerns they had directed to CAF in writing.

“One of the issues we raised with CAF was that when you take your decisions you must know that they [Sundowns and Chiefs] also have domestic commitments,” said Motlanthe.

“Now this Covid-19 is used as a weapon and as an association we need to stand up in defence of these teams that are participating in these tournaments so that we avoid the culture of using the Covid-19 situation as a weapon against fair play,” he added.

Amakhosi had booked hotels and flights before the abrupt change came, a day before they were scheduled to leave South Africa for Morocco.

The Soweto giants were eventually able to kickstart their campaign on Tuesday, 23 February. Gavin Hunt’s side hosted Horoya of Guinea, where they played to a goalless draw.

Their game against Wydad has been moved to 28 February, to be played in Burkina Faso. As for Sundowns, they are also to play on 28 February, in Dar es Salaam, Tanzania.

Speaking about the impact on his team, Sundowns co-coach Rulani Mokwena said: “Whenever there is a change in the programme it puts a spanner in the works. The reality is that everyone wants to work in a way where everything is pre-planned and then we can navigate our way through the programme that has been sent, particularly because we are quite big on our periodisation.

“When we plan, we plan for cycles that are within the programme of the entire season. It’s not just one game [that has been changed], it becomes about adapting to the cycle so that it fits into the next one.”

The last time the reigning DStv Champions kicked a ball in a competitive match was when they faced Baroka in a league game almost two weeks ago. They were scheduled to take on Polokwane City in the Nedbank Cup this weekend, but that game will now take a backseat to accommodate the team’s travel to Tanzania.

Mokwena said the team were choosing to remain optimistic and use this break as an opportunity for improvement.

“Unfortunately, it is what it is, the best thing we can try to do is to have the right perspective. It is now clear that we have two games sitting in our pockets for a little bit later in the season. We just have to adapt,” said Mokwena.

“We just have to work towards allowing ourselves enough time to improve the team. We know that we have a lot of things to improve, our schemes need to improve, our performances need to get better. We have a bit of time to recoup and refresh the team and work to make sure that physically we are fresh and ready to go for the next cycle.”

The issue of travelling restrictions affecting football fixtures is not unique to Africa. In Europe’s continental competitions English clubs have had to contend with being barred entry into some countries, as it also has a different strain of Covid-19.

Liverpool, Manchester City and Chelsea are all playing their away UEFA Champions League fixtures at neutral venues this month. The same is true for Manchester United, Tottenham Hotspur and Arsenal in the Europa League.

The hope in future will be that in the CAF Champions League, the same will be true. For their part, CAF has issued a warning that teams that fail to find alternatives to honouring their fixtures due to Covid-19 restrictions will forfeit those games. DM168