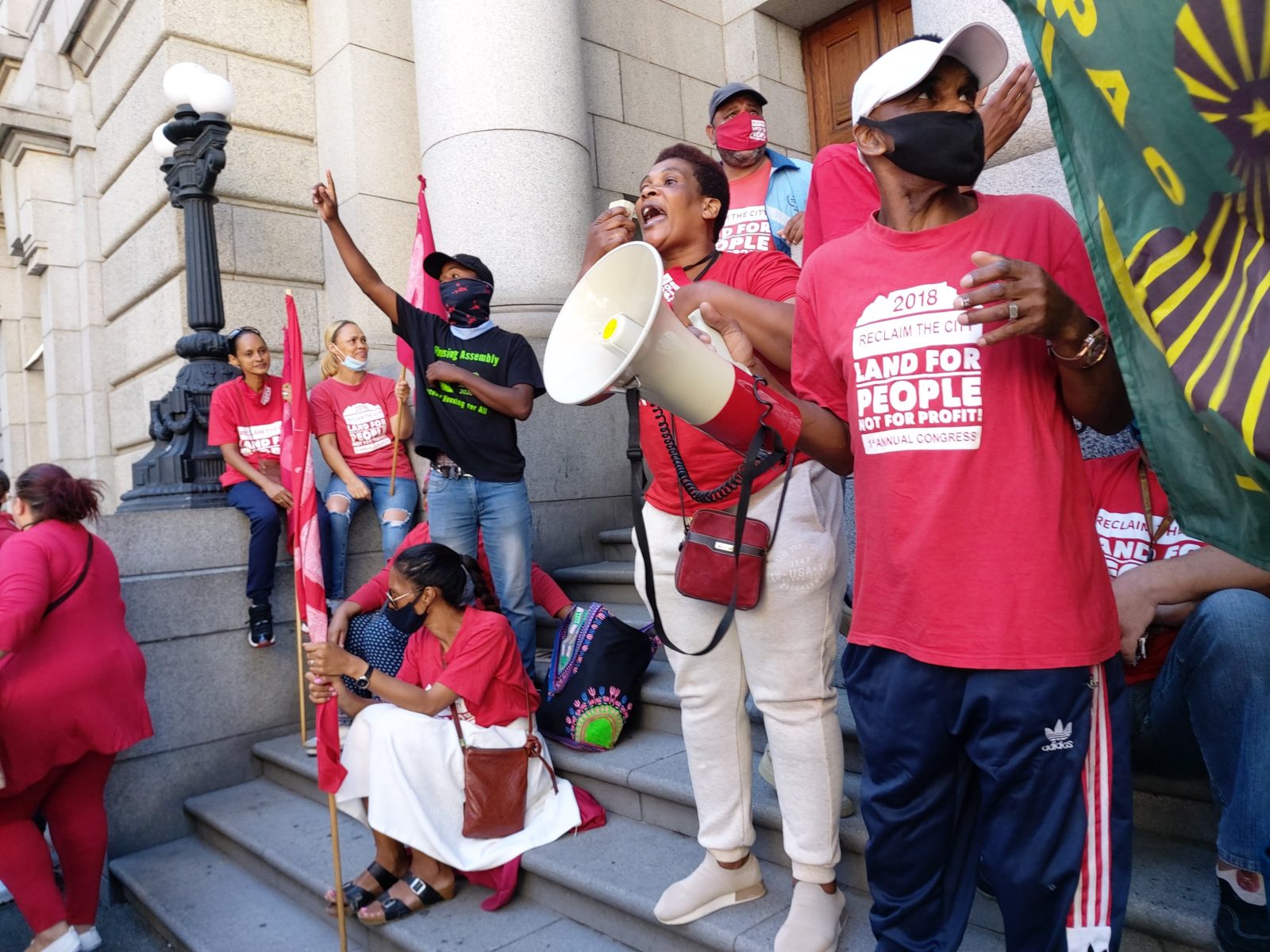 About 50 members of Reclaim the City outside the Western Cape High Court on Friday. (Photo: Liezl Human)

Reclaim the City case to be heard in high court in April.

The City of Cape Town’s bid to get a court-ordered survey of the occupiers living in the former Woodstock Hospital will be the first step in its plan to evict the group who have been living there since 2017. This is according to Reclaim the City who are opposing the City’s application in the Western Cape high court to survey the nearly 900 occupiers who have renamed the hospital to ‘Cissie Gool House’.

On Friday 26 February, the matter was postponed. Reclaim the City, represented by the Centre for Applied Legal Studies, asked Acting Judge de Villiers for more time to respond to the City’s application. They agreed to postpone the hearing until 22 April.

Karen Hendricks, a Reclaim the City leader, said that occupiers have always been willing to talk to the City about possible housing solutions.

In a recent press release, the housing movement said the two weeks’ notice period they had to oppose the case was not enough time for the occupiers who are “poor and working-class”.

Reclaim the City said the former hospital is home and a refuge to many people who have been displaced by the gentrification of the Woodstock and Salt River areas. GroundUp has previously reported on the challenges many occupiers have been facing since the start of the Covid-19 lockdown.

Mayco Member for Human Settlements Malusi Booi disputed the organisation’s claims, saying that the survey will merely be “a lawful process of engagement with the occupiers” and to get a better “indication of their needs.” This will include whether the occupiers are employed, their income, whether they are eligible for subsidised housing, as well as their willingness to vacate the hospital.

Booi said the City would provide housing to occupiers who qualify for assistance.

In a recent statement, the City said that the occupation has delayed its plans to build 700 social housing units on the hospital site.

“It is hoped that people will move from the property voluntarily. If need be, the City will pursue eviction proceedings subject to lockdown regulations and all due process will be followed,” the statement reads. DM