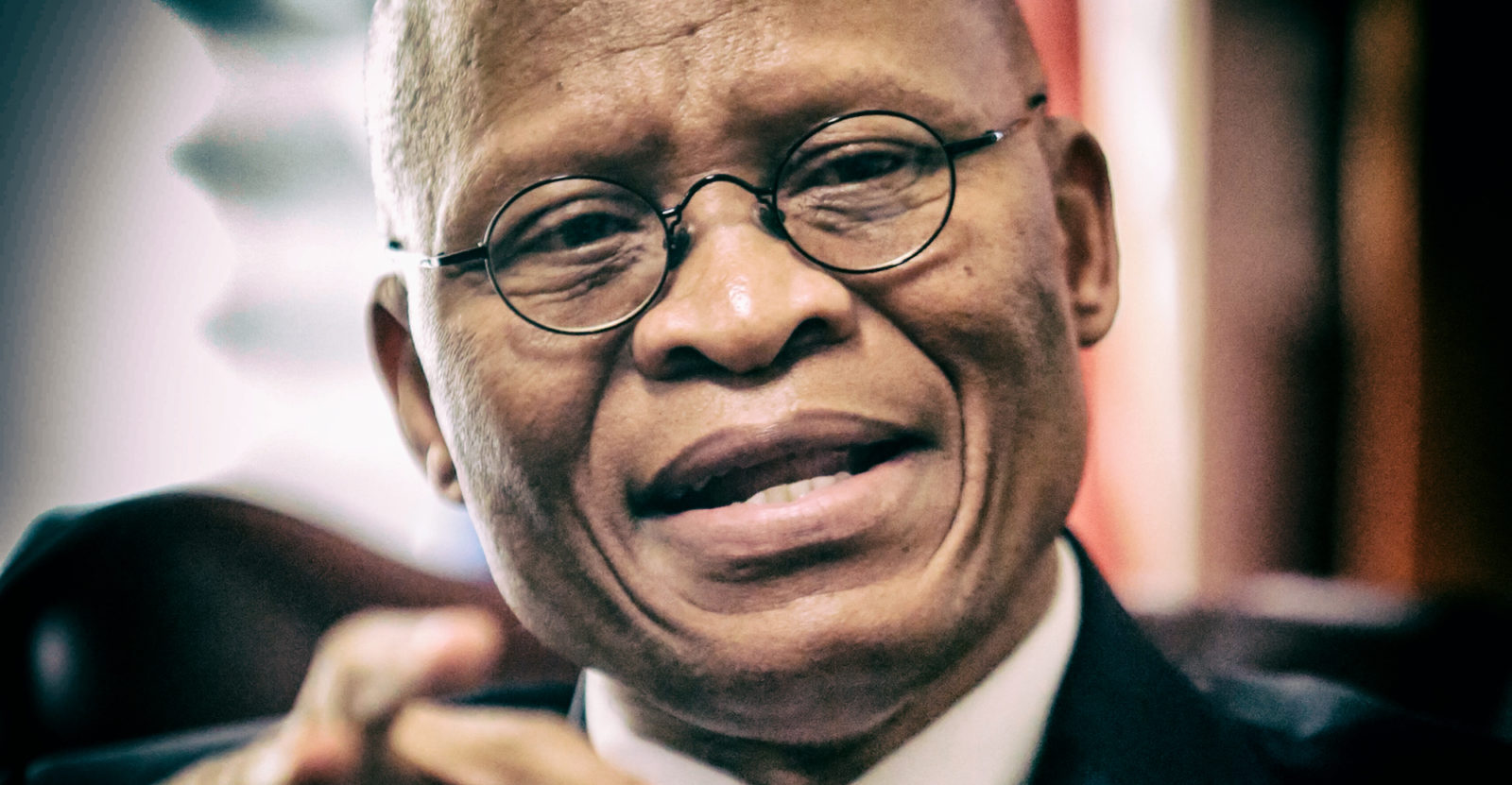 Refuting lies about vaccines peddled by those in leadership positions may be less about trying to change their minds and more about protecting those who might be listening.

What is the best way to fight misinformation about Covid-19 vaccines (of which there has been plenty in South Africa) spread by leaders?

Attacking them directly by correcting their myths or scepticism with scientific information is simply not the answer, research shows. Rather, we should focus on the people they’re trying to reach and expose the techniques influential people use to distribute the wrong information.

In December, Chief Justice Mogoeng Mogoeng was asked to speak at a thanksgiving celebration at Tembisa Hospital. At the podium in front of a sign emblazoned with the Gauteng government seal, Mogoeng told the crowd gathered in prayer:

“If there be any [Covid-19] vaccine that is the work of the devil meant to infuse 666 in the lives of the people, meant to corrupt their DNA… may it be destroyed by fire.”

Many Christians associate the number “666” with the devil.

In the address, some in the audience respond with a chorus of “Yes!”

Let’s be clear: vaccines are not made by the devil and do not change your DNA. (Routine childhood immunisations save two to three million lives a year, the United Nations International Children’s Emergency Fund estimates.)

The real danger is that statements such as Mogoeng’s decrease the public’s trust in vaccines — especially now as South Africa starts its roll-out.

Mogoeng, the most senior member of the Constitutional Court, should be one of the country’s most responsible, accountable figures. But he’s one of several people in high-profile leadership positions who have peddled misinformation about Covid-19. For instance, eThekwini ANC ward councillor Sfiso Mngadi admitted to circulating dangerous conspiracy theories via a voice note, such as that Covid-19 is caused by 5G cellphone towers in KwaZulu-Natal.

Why we filed a complaint against Mogoeng

In response to Mogoeng’s dangerous vaccine misinformation, the health advocacy organisation I head, the African Alliance, filed a complaint against the chief justice with the Judicial Service Commission. In our affidavit submitted as part of that complaint we argue that in making unfounded claims about vaccines, Mogoeng acted in a manner unbecoming of a judicial office holder and violated the Code of Judicial Conduct in relation to the Judicial Service Commission Act. (The African Alliance is awaiting the Judicial Conduct Committee’s response.)

Those are the technical grounds for the complaint — but the real issue is that Mogoeng is not your ordinary person on the street saying vaccines are dangerous. He’s the chief justice. His comments carry weight and travel fast, and have made it to the “myths” section of the Health Department’s toolkit on Covid-19 and vaccines.

Comments such as Mogoeng’s can sway people who are unsure about whether they want a jab in the wrong direction — and it’s a large group.

Target the audience more than the denier

Few people are wholly “anti-vaxxers” (vaccine deniers), a 2015 study in the journal Vaccine found. Rather, they’re what an expert committee in the study calls “vaccine hesitant”: their views on vaccines are more fluid.

In Australia in 2017, researchers surveyed about 400 parents to see how their vaccine views might change if they were exposed to vaccine facts and misinformation, in the form of a series of comments by politicians, including former US president Donald Trump. Roughly a quarter of parents had firm views about vaccines and among these, most were pro-vaccinations.

Three out of four parents, however, did not have set views.

The research, published in 2019 in the British Medical Journal, found that parents who did not have strong views on vaccines were more likely to be swayed — in either direction — by these messages than those with firm opinions.

So how should we deal with comments such as Mogoeng’s?

The World Health Organisation (WHO) says we should mostly focus on vaccine deniers’ audiences, not on the “vocal vaccine denier”. If we focus on the vaccine denier only, research shows, it may polarise people’s views even further, rather than narrow opinions.

The WHO says deniers’ audiences want explanations for why a denier’s message is incorrect. The organisation proposes two “rules” to make the public resilient to anti-vaccine rhetoric: First, “the general public is your target audience ”, not the denier. Second, “aim to unmask the technique the vocal vaccine denier is using and correct the content of their messages”.

A 2019 study in Nature found that “technique rebuttal” (identifying common techniques used by those spreading misinformation) and “topic rebuttal” (rebuttals that combine vaccine facts with messages that attack the plausibility of disinformation) decreased vaccine deniers’ influence.

Mogoeng’s claim that vaccines will “corrupt DNA” could be publicly countered with a “technique rebuttal” showing that this claim is an example of “misrepresentation or false logic” (one of the five denialist techniques defined by WHO), that this is backed by scientific evidence, and explaining the facts. (This was not what Health Minister Zweli Mkhize did when he brushed away Mogoeng’s outrageous statements at a media briefing by saying: “I think it was an expression from the chief justice to assure people that if there was anything wrong, they would be protected.”

We must also continue to remind politicians and civil servants that there are consequences to spreading misinformation about vaccines. (Regulations under the Disaster Management Act 2002 make it an offence to spread fake news about Covid-19.) And we should refute misleading claims in the public — not to change minds, but to protect those who might be listening.

Most South Africans are pro-vaccine

In a 15-country online survey including South Africa, published in February 2021, 61% of South Africans surveyed said they would take a vaccine against Covid-19 if it were available — this shows a 6% increase since December in those who “strongly agree”, to 31%; 25% “strongly disagreed” with getting vaccinated, and 15% “somewhat disagreed”. (The same survey recorded 64% in favour in August 2020 and 53% in December.)

A separate survey by the University of Johannesburg published in late January reported that 67% of South Africans are willing to receive a Covid-19 vaccine. So, survey results in South Africa about Covid-19 vaccine confidence have sometimes conflicted and changed over time, making information about vaccine hesitancy confusing.

Confusion around which vaccines may work against the new coronavirus variants, such as 501Y.V2, identified in South Africa, may change people’s views further.

There are no easy fixes when it comes to changing people’s minds about vaccines — including those who hold power. Views on vaccines are constructed in complex ways and that is just as true of a neighbour as it is of a major public figure.

Twenty years ago, during former president Thabo Mbeki’s HIV denialism, reputable scientists on his advisory board spoke truth to power, yet this had little effect on his HIV scepticism. “Educating” a denialist does not necessarily change their beliefs.

So, while filing a complaint against Mogoeng could help to hold him to account for his dangerous statements, research shows there’s more to do.

We should also make a point of getting the right information to the audience he reaches — from the Christian community to health workers to legal professionals.

Because what leaders and public officials say matters.

When what they say puts lives at risk and spreads dangerous untruths about vaccines, civil society will hold them to account, as we always have. We expect the government and political parties to do the same. MC/DM