Reach for a Dream turns to virtual reality to fulfil th... 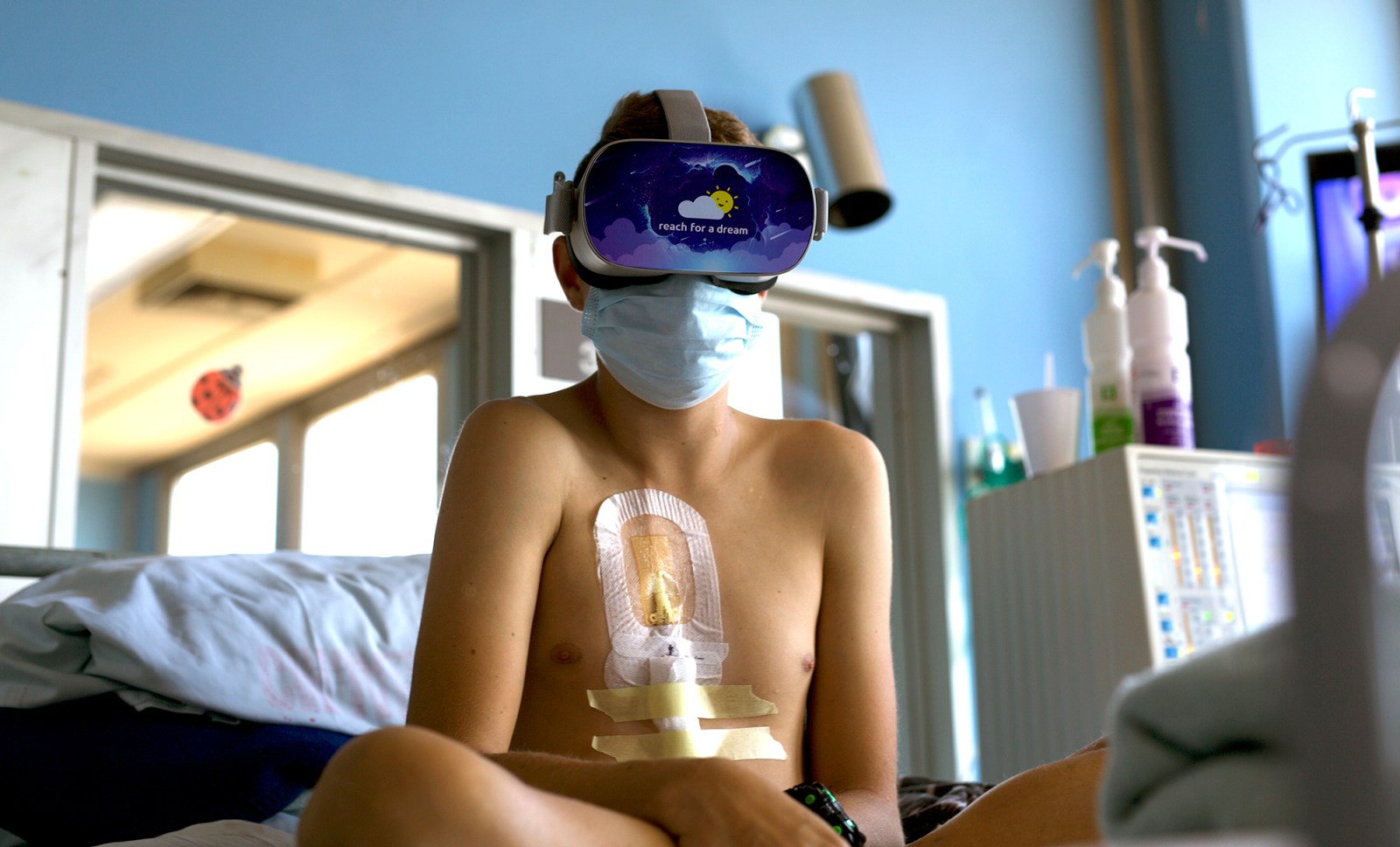 The world may have been in lockdown, but the children still longed to swim with dolphins, fly in aeroplanes for the first time or visit Disney World.

For 33 years, the Reach for a Dream Foundation helped to fulfil the dreams of thousands of children battling life-threatening illnesses. When the pandemic struck, this work ground to a halt.

The foundation realised that fulfilling dreams would not be possible for a long time. To keep up morale, they decided to bring the dolphins, aeroplanes and rollercoasters into the wards – with the help of virtual reality (VR).

The foundation delivered the first VR headsets last year and is ready to deliver another seven now that Covid-19 cases are declining and they can visit hospitals again.

The VR experiences may not replace the dream, but they give the children an adventure that keeps them motivated and positive in the meantime, says Natalie Lazaris, the head of business development at the foundation.

A year-long relationship with Eden Labs came to fruition in June 2020. Eden Labs is a South African tech company that designs and builds hardware and software for virtual reality. Its mission is to “make virtual reality easy for anyone to use”, says Maxine Nel, the company’s head of content.

Virtual reality refers to a three-dimensional environment created by a computer that is designed to be realistic and immersive. Usually, a person puts on a headset to see and hear this all-encompassing artificial world. Just as in real life, the perspective and view changes as the body moves. Sound and sight combine to trick your brain into believing what you see is real – and so a virtual reality is formed.

Once delivered, the headsets form a permanent part of the ward and any patient can use them. The foundation is also kitting out “Dream Rooms” – play zones filled with educational toys – in other paediatric wards around South Africa.

Another dream is to connect the children in virtual reality – that way, the kids can join one another on an adventure and even interact with family and friends elsewhere. “We want to create a multiplayer universe within the headsets,” says Nel.

The content is sourced from Eden’s international network of content creators who offer videos as a donation or at a reduced price. The dolphin adventure, for instance, is made up of videos from South African creators as well as GoPro.

The first headset was delivered to Charlotte Maxeke Johannesburg Academic Hospital in September last year. A patient had wished to swim with dolphins but this wasn’t possible because of the pandemic. Instead, a virtual reality experience was designed and delivered to them.

Lazaris recalls that the ward saw an eruption of excitement as the young patients flew high above the Durban coast, landed at uShaka Marine World for a dolphin show and then sped off into the deep sea to join the dolphins for a swim.

Very few of the children had ever experienced virtual reality before, says Dr Shaegan Irusen, the acting head of the paediatric nephrology unit in the department of paediatrics and child health at Charlotte Maxeke.

“A few children were apprehensive to put the headset on, but soon they were so immersed in the experience. You could see them reach out or laugh and shout in reaction to the new world they got to experience. It’s been wonderful… It’s not that you just put on the headset and for six minutes the child is immersed and then it’s over. There’s a memory that sits with them and they can’t wait to experience it again,” he says.

Refilwe Moloi’s son, Thato, was diagnosed with leukaemia in 2019 and admitted to hospital. He is in need of a bone marrow transplant, but the only match they have found is abroad. It’s “very expensive” so he is currently on maintenance treatment and will be for the next two to three years, says Moloi.

Thato celebrated his 18th birthday in February, is in remission and will be returning to high school to complete Grade 11. This month, he was able to experience the VR headset during a visit to the hospital.

“Thato tried it and it was very funny,” Refilwe recalls. “Thato was so, so excited. He said he went to this incredible place. I said, ‘What place? I just see hospital walls here?’ He said, ‘You don’t understand!”

The headsets make you forget that you are in a hospital, she says. “It’s so nice to see them smile and feeling excited about something like that because most of the time it’s moaning about pricking and the tablets they have to take. So, to see them excited and playing around really gives you that sense of peace, happiness and joy.”

The experience allows them to be children: “When you’re in hospital with them, they kind of miss that. They lose those moments because each and every day it’s a struggle for them. For Reach for a Dream to actually do that for the kids is very, very nice. It gives them courage and hope,” she says.

Play is of “critical importance” for a child’s wellbeing, says Irusen. “I do believe that children are inherently far stronger than we think. Often, life-threatening illness impacts the children from a psychological and emotional aspect; play can help lessen this and give them new strength.

“A child whose wellbeing is looked at in its entirety allows them to cope with their treatment, bad news, procedures and admission better,” he says. DM168