Pirates reveal their dual nature as Maritzburg put to t...

Pirates reveal their dual nature as Maritzburg put to the sword 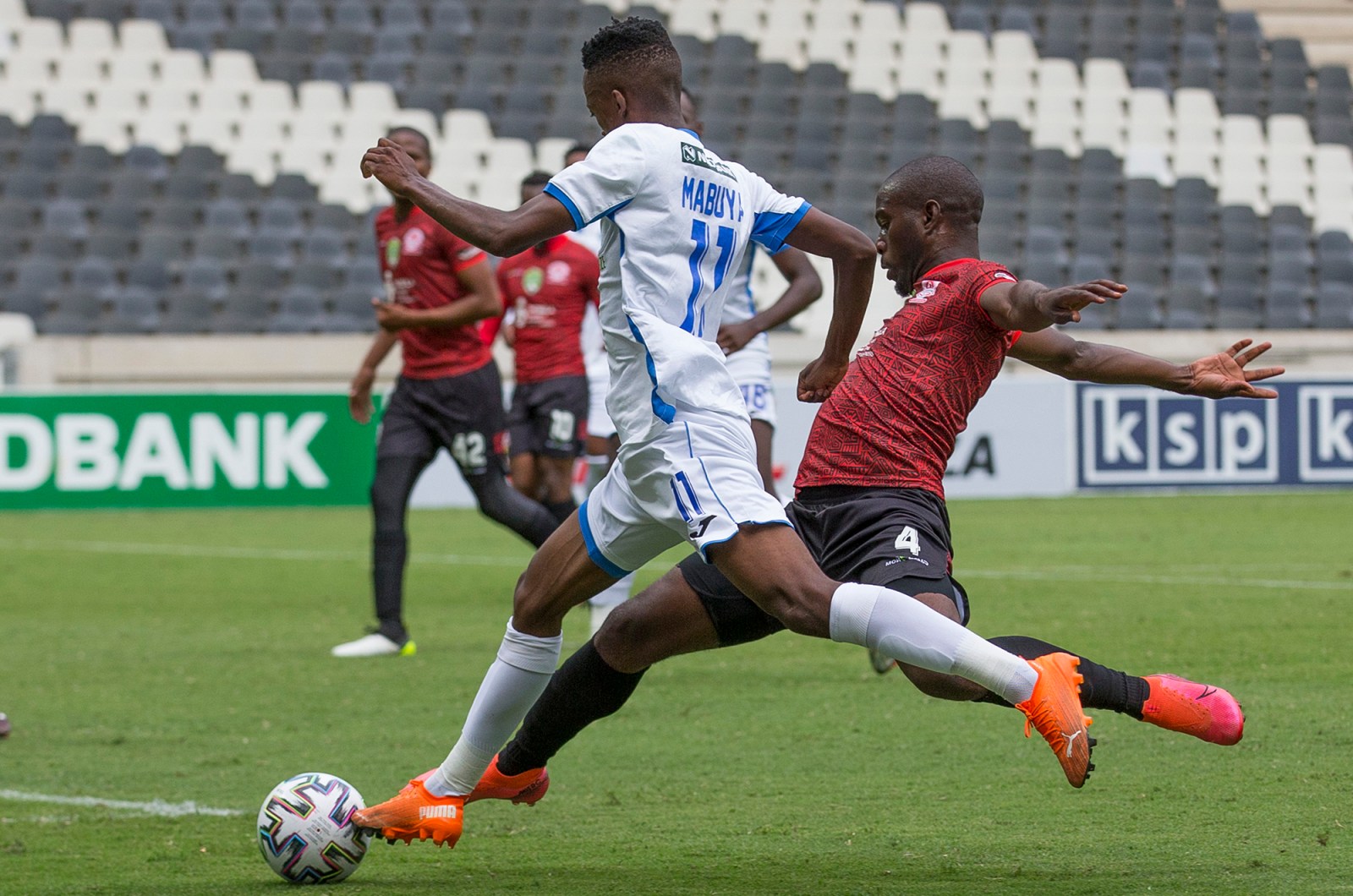 In the absence of Kaizer Chiefs, who were bundled out in the previous round, and Mamelodi Sundowns, whose fixture was postponed due to Caf Champions League commitments, Orlando Pirates took centre stage and put on an impressive Nedbank Cup showing.

Soweto giants Orlando Pirates blitzed Maritzburg United to book their place in the quarterfinals of the Nedbank Cup. With their comprehensive 3-1 victory over the Team of Choice, the Buccaneers displayed the dichotomy that has come to define them in recent seasons.

On their day, Pirates have the ability to flay even the toughest of opponents — but they lack consistency. The game against Maritzburg was a perfect example of this.

When the match started, the KwaZulu-Natal outfit took control of the duel. Nine minutes in, they found the back of the net through some shambolic defending from Pirates.

Former Buccaneer Thabiso Kutumela benefited as goalkeeper Richard Ofori tried to dribble his way out of trouble after being left to deal with an aerial ball by Thulani Hlatshwayo. Kutumela dispossessed Ofori to stroke into an unguarded net.

For the rest of the half, Maritzburg remained in control, hardly troubled by the Soweto side.

In the second half, after some tactical tweaks — the most notable being the introduction of Kabelo Dlamini for Ben Motshwari — Josef Zinnbauer’s team looked far more potent and energetic.

They proceeded to blitz Ernst Middendorp’s charges, flipping the game on its head in the space of just two minutes. Super-sub Dlamini found the equaliser in the 56th minute before Deon Hotto handed his side the lead a minute later.

Vince Pule sealed the deal 19 minutes later, as Pirates dominated the second stanza and showed that they can be as ruthless as they can be lacklustre.

Man of the match Thabang Monare pinned the contrasting displays across the two halves to a change in attitude.

“The mentality and the attitude is the only thing that changed [in the second half]; we understood what was at stake and what needed to be done,” Monare told SuperSport after the game.

“We have a lot of talent in the team and we need the right attitude, which we did [bring eventually]. Credit to the guys, who worked very hard, we played against a side that also worked very hard, so we had to match them. We matched them in the second half; we can take on from here and learn.”

With Sundowns looking to be firmly in control of the league race and cruising, the Buccaneers will focus the bulk of their energy on winning this competition and adding to the MTN8 trophy which they lifted at the beginning of the season.

AmaZulu’s ambitions for silverware were slashed by the claws of Black Leopards. The Limpopo side put aside their below-par displays in the league, which sees them languishing in 15th spot, with just 12 points from six games.

Mohammed Anas was the hero for Lidoda Duvha, grabbing his third goal in two games to see them vanquish Usuthu.

“We can’t be too gutted about the result,” AmaZulu coach Benni McCarthy told SuperSport after the game.

“Of course, we always want to win, whichever team you put out there. But, you know, the boys fought, and they gave me a little bit of grey hairs — more — and headaches to think about.”

One of McCarthy’s headaches will be the visit of extremely tough opponents in the form of SuperSport United, whom they welcome on Tuesday evening.

As for Leopards, they clash with Maritzburg in a relegation zone six-pointer. This fixture will also take place on Tuesday.

Swallows were shot down by Tshakhuma Tsha Madzivhandila (TTM).

After initial struggles in the early stages of this season, the Limpopo outfit fell in love with winning in February. They have not looked back since. The 4-3 penalty victory over the Birds was their fourth on the trot in the month of love.

Their fellow Championship sides Pretoria Callies and JDR Stars played to a nil-all draw over 120 minutes, before Stars emerged 5-4 victors on penalties. DM