JP Pietersen was the unsung hero of a golden Springbok generation 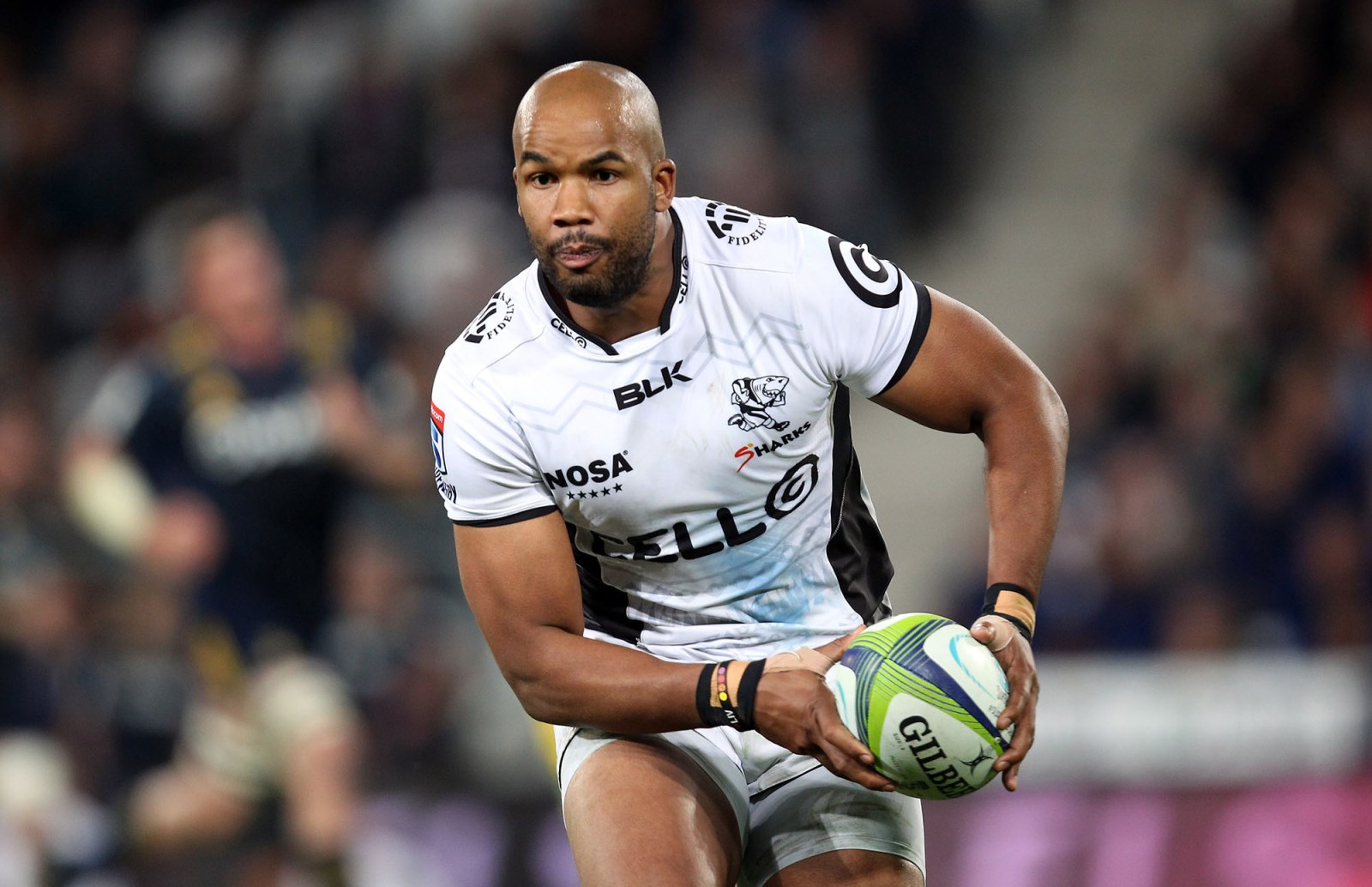 DUNEDIN, NEW ZEALAND - APRIL 22: JP Pietersen of the Sharks looks at his options during the round nine Super Rugby match between the Highlanders and the Sharks at Forsyth Barr Stadium on April 22, 2016 in Dunedin, New Zealand.(Photographer: Rob Jefferies)

Former Springbok World Cup winner JP Pietersen quietly slipped into retirement earlier this month. It was a typically low-key exit from a man who had a massive influence on teams he represented while never seeking the limelight.

During some deep analysis on how to improve his already improving Springbok team after two successful years in 2004 and 2005, coach Jake White identified a weak area.

“Imagine I had a wing the size and speed of (New Zealand’s) Joe Rokocoko,” White mused. “That would improve the team immediately.” Rokocoko was 1.88m tall, weighed 101kg and was blisteringly quick.

It’s not clear whether White had heard of young Jon-Paul Roger Pietersen from the Sharks at that stage in early 2006. But if he hadn’t, he was about to learn who he was.

The Sharks held trials in 2006, and a 19-year-old Pietersen was invited along. He tore it up and, faster than he changed his name from Jon-Paul to JP, he was a fixture in the Sharks’ 2006 Super Rugby team.

White couldn’t miss the 1.91m, 105kg wing who covered ground as quickly as any wing in the game. White’s eyes lit up. JP Pietersen was a project he could get behind.

Pietersen went on to play 70 internationals for the Springboks, scored 24 Test tries, won two Tri-Nations’ titles, the 2007 World Cup and the 2009 British & Irish Lions series. He was part of three World Cup campaigns and, in addition to the Sharks, he played club rugby in France, England and Japan.

For almost his entire nine-year Test career, when he was fit and available, he was selected.

Covid-19 robbed Pietersen of an appropriate swan song in 2020, having returned to Durban from Toulon in France, where he wanted to see out his career.

The 34-year-old appears to have accepted his rugby fate with the same phlegmatic approach that marked his rugby career. He never went over the top with celebrations and never plummeted into deep troughs when things weren’t going as well. He has started as a junior coach at the Sharks, where a new challenge waits.

“It has been an absolute privilege to play for the Sharks, a team I’ve supported all my life, and through that journey I got to represent my country,” he said.

“I close this chapter on my playing career knowing that I gave my very best to the game that gave me everything I have. I was very fortunate that I took the opportunities I had and now it’s all about giving back to rugby.”

Seven Super Rugby appearances and a strong showing for the 2006 Junior Springboks was enough to convince the Springbok selectors that the Stellenbosch-born youngster could cut it at the top level, so he was duly included in the Bok squad.

Pietersen’s 2006 rise also coincided with the Boks suffering a massive mid-season slump that included a 49-0 loss to Australia in Brisbane and White almost being sacked. A victory over the All Blacks in Rustenburg thanks to a late André Pretorius penalty saved White’s job.

A week later, the relieved coach felt emboldened to try something new. And that something was an idea that had developed watching the Sharks play in 2006. Pietersen was raw, but in White’s opinion, bigger was always better. And JP Pietersen was big and fast. And brave. White saw him as SA’s Rokocoko.

The canny coach, though, picked Pietersen at fullback to face the Wallabies at Ellis Park, where he had played some rugby. Although it was a quiet debut, it was exactly what the coach wanted. Pietersen made no mistakes. In that sense, it was the perfect performance, as the Boks won 24-16.

From that moment on, Pietersen grew into the international arena and, along with Habana, became synonymous with Number 14 and 11 jerseys in the Bok team for nearly eight years.

“JP had a really big boot on him too, so he could help with defensive kicking,” Habana told DM168. “We actually hadn’t played a lot together before the 2007 World Cup, but by the quarterfinals JP, myself and Monty (Percy Montgomery) had formed a good understanding as a back three.

“I got a lot of accolades in 2007, but it really was about mini-units within the team context that excelled. JP and I were one unit and we found a good balance with our different skill sets and strengths.”

Pietersen was SA’s version of Rokocoko, which is high praise in any books. But 2007 World Cup-winning skipper John Smit believes Pietersen offered more than the celebrated All Black.

“You could go one step further than JP just being built like Rokocoko… As a bonus, JP could really mix it up with forwards and get stuck into rucks, clean a forward out and grab someone by the collar to get them off the ball. He was tough,” Smit told DM168.

“His defence was phenomenal… He had this real edge and I can tell you there were not many wings that played against the Springboks in our time who enjoyed playing against JP. Opponents might have been afraid Bryan (Habana) would step them, but they were genuinely concerned that JP would hurt them. In that sense, he had a bit of Bakkies Botha about him.

“Oh, and as a captain, he was the easiest guy to lead. There was no drama and no admin with JP, it was just point and shoot…”

Although Pietersen was an integral and established part of the Bok team, his prowess and success made him a target for rich clubs. In 2013 he took up a three-year deal with Panasonic Wild Knights in Japan.

It wasn’t necessarily a stellar career move, but at the time Pietersen was one of the five highest-paid players in the world. The deal was lucrative but restrictive, because it curtailed his Test appearances.

It was structured to keep him out of the June Tests and the Rugby Championship, only fully freeing him for the November tours to the northern hemisphere. It cost him an additional 25 or so Test caps but financially it gave him a huge nest egg for life.

Back in Durban, Pietersen will use his vast experience to navigate the next generation of South African players through the tough world of professional rugby.

The youngsters Pietersen comes into contact with will find a warm and welcoming coach. But they will also encounter a fierce competitor who never took a backward step.

They’ll do well to remember that despite the quiet demeanour and soft voice, inside Pietersen lurks a warrior. And they’ll be wise to open their ears and minds to him because they don’t want to blindly run down JP Pietersen’s channel. Many have tried, and failed. DM168