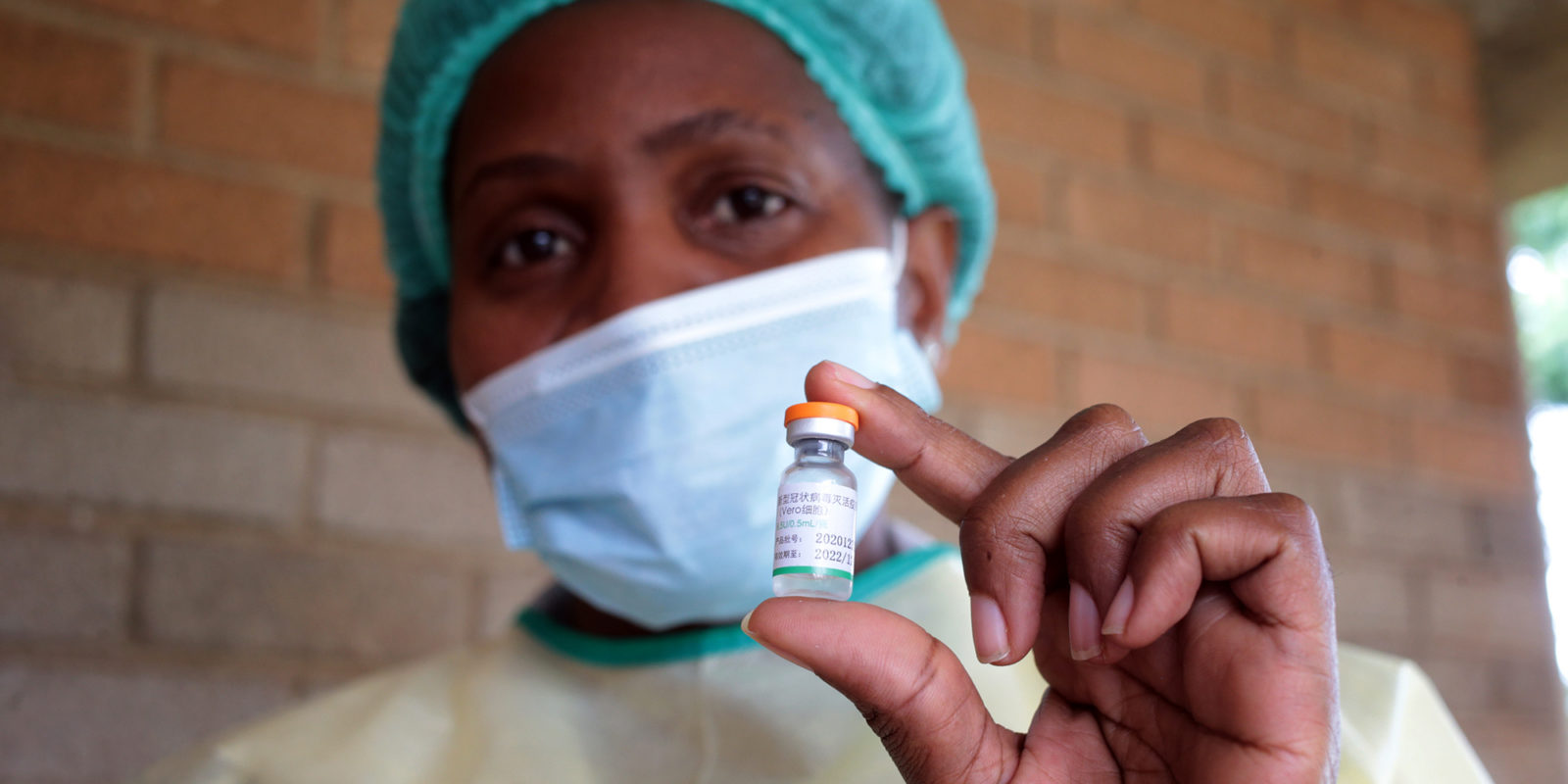 Wealthy countries are monopolising vaccines and stockpiling more than they need, which leaves lower-income countries with very few or no vaccines to administer. This is a crisis.

The term “vaccine apartheid” best describes a situation where a year into the pandemic, 75% of the world’s vaccines have already been administered in 10 of the world’s wealthiest nations, Fatima Hassan from the Health Justice Initiative has told a discussion titled “Covid-19 vaccines: The new apartheid?” One hundred and thirty lower-income countries have either had very few vaccines or none at all administered which, she said, suggests a real crisis.

Hassan explained that what we are currently facing with the vaccine roll-out is that the more powerful and rich countries are securing vaccines first and more than what they need, some “five times more”, making it difficult for poorer countries. “The WHO director-general [Tedros Ghebreyesus] has called it a moral catastrophe. The Vatican has now come out to say that this unequal access is a real concern, we have many faith-based organisations, trade unions, civil society groups saying that the current status quo is something that is not acceptable because it turns things into a public health crisis because you need widespread immunity so that you can actually get this pandemic under control. But it’s also leading to, again, and we saw it with HIV/Aids, basically a vaccine apartheid,” said Hassan.

Lower-income countries have had to rely on the UN-initiated Covax mechanism, which allows for equitable access to Covid-19 tests, treatments and vaccines, however it’s only likely to support 27% of vulnerable populations slowing down the process of global vaccinations.

Another mechanism available to Africa is Avac (the Global Advocacy for HIV Prevention), which is part of the African Union initiative to secure vaccines for the continent. So far, it has secured about a billion doses, 700 million of which are from Covax. However, Hassan said that most of the Covax vaccines that it’s meant to be able to supply are from AstraZeneca.

Hassan said despite the world being in a pandemic and warnings from the UN and pledges of solidarity, the drug companies were in control.

Dr Lydia Cairncross from the People’s Health Movement emphasised the importance of vaccines, particularly in light of strong indications of an impending third wave. South Africa’s vaccine plan got off to a rocky start, she said, pointing out that by 1 January the country had yet to announce its plan for vaccine procurement and roll-out. Then, just as the country had procured 1.5 million doses of AstraZeneca vaccine, preliminary results indicated that the variant dominant in South Africa was resistant to that vaccine. This forced South Africa to procure the Johnson & Johnson vaccine, which still had to be peer-reviewed and is meant for emergency use.

The good news, however, was that South Africa has good existing health infrastructure, particularly the big academic hospitals with a large and skilled workforce, community health workers and an active citizenry, said Cairncross.

Discussing the arguments against the government procuring all vaccines, Cairncross said that it was important to note that many distrusted the government’s ability to deliver on the rollout, after witnessing state failure.

Cairncross said the real issue was that there was a global scarcity of vaccines and private procurement of vaccines could lead to the exclusion of the most vulnerable who need vaccines.

She said public resources are not being used in a people-centred way and the kind of roll-out her organisation would like to see is “transparent, accountable, without corruption, putting people before profits, building one public health system and a process that is not nationalistic”.

Giving direction on how to achieve equitable access, Cairncross said that it starts by demanding that decision-making processes be changed, to support the “people’s vaccine Trips (Agreement on Trade-Related Aspects of Intellectual Property Rights) waiver campaign, challenging undemocratic ministerial advisory committees and insisting that committees have civil society representatives included in them.

Dr Benjamin Kagina from the Vaccines for Africa Initiative said it was important to highlight the key successes of various vaccines before Covid-19 such as the eradication of smallpox, polio and the control of morbidity in diseases like tetanus and rubella.

Kagina said the safety issue has been raised often and that the public needs to know that the 11 approved vaccines have some side effects, but they are mild.

Kagina said research showed that what drives vaccine hesitancy is complacency, when people see that there are not many cases of a disease which is as a result of vaccines. There is also a lack of trust in the government and pharmaceutical companies as well as the convenience of accessing a vaccine if it is not easily accessible it becomes a deterrent.

The discussants concluded that equity, collaboration among multidisciplinary groups and transparency were key to the successful roll-out of vaccines. DM/MC