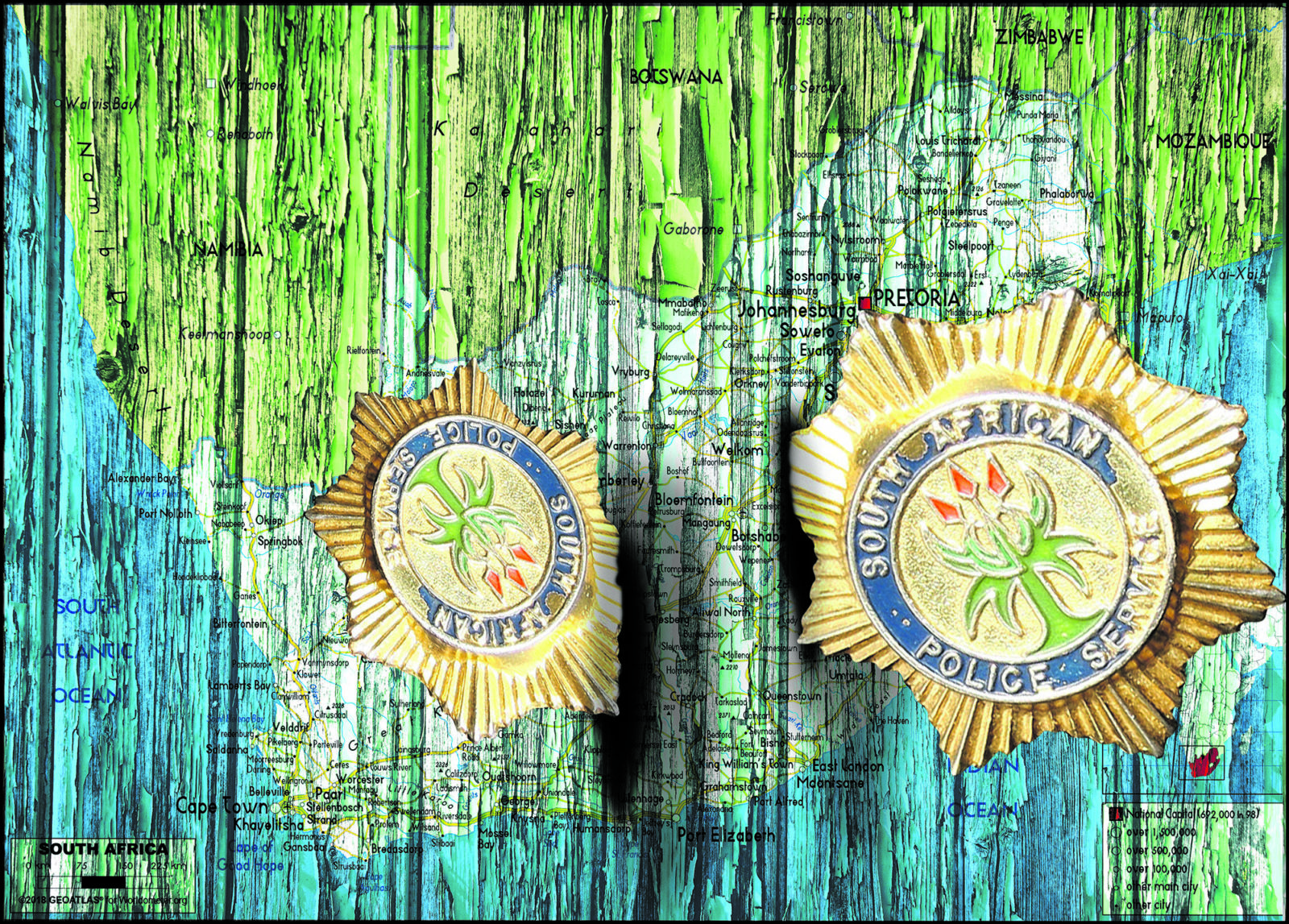 Instead of protecting citizens against criminals, Crime Intelligence officers have abused their positions to enrich themselves and tie up our justice system with their shenanigans.

A massive battle between the country’s top police officers is boiling over. In the midst of this, cops are trying to tackle crime, some of which is furthered by their own colleagues, leaving ordinary people exceptionally vulnerable.

Crime Intelligence officers are critical: they are meant to form an impenetrable barrier between the law-abiding residents of South Africa and local and global crooks.

But what happens if these officers abuse their positions and, instead of seeing to it that criminals are caught, join their ranks?

Well, suspicions and accusations in this realm are playing out. Yet again.

South Africa’s Crime Intelligence head, Peter Jacobs, has been suspended – according to him unfairly – for roughly three months. His suspension may be lifted on Wednesday.

This controversy has become the latest to highlight immense fractures among some of the country’s highest-ranking police officers.

Divisions within South Africa’s police and intelligence services have been rife since the beginning of democracy, when these organisations were overhauled. It seems that, although some of these divisions from about a quarter of a century ago have simply been extended, new ones have developed.

In the most recent saga, Jacobs was served a suspension notice on 30 November last year over allegations of personal protective equipment procurement irregularities involving the Secret Service Account.

Daily Maverick has previously reported that Jacobs had countered by insisting there was evidence that the Secret Service Account “was looted by a number of” chief financial officers, divisional commissioners, and senior Crime Intelligence officers.

Some within the police therefore believed that Jacobs’ suspension was part of a broader attempt to sideline him.

State investigators’ claims that they are targeted by colleagues to derail probes they are conducting, especially when these lead back into the state, are nothing new. These claims became widespread during State Capture, with many allegations in this arena linked to former president Jacob Zuma.

In the Jacobs suspension debacle, the cop who appears to be driving this matter is National Police Commissioner Khehla Sitole.

Jacobs and his five suspended colleagues were meant to be the focus of a five-day disciplinary hearing conducted over the week. But Jacobs argued Sitole was pushing ahead with these proceedings, even though Sitole should have known that doing so could be breaking the law.

On the first day of the hearing – on Monday – claims emerged that the three police officers driving this disciplinary process did not have security clearance and, therefore, were not legally allowed access to key classified documents. A criminal complaint, on behalf of Jacobs, under the Information and Intelligence Acts, had therefore been lodged at the Silverton police station in Pretoria.

Jacobs also approached the Labour Court in Johannesburg to have this issue dealt with. The case is expected to proceed next week. The disciplinary hearing, which should have ended on Friday, was put on ice two days earlier.

This implies that Sitole had either acted negligently or underhandedly.

Jacobs wrote to Cele requesting his urgent intervention and Cele then wrote to Sitole asking him to deal urgently with the issues Jacobs had raised. Sitole appears not to have spoken publicly about the matter. Police spokesperson Vish Naidoo said pending disciplinary matters were not discussed in the public domain.

The timing of high-level appointments within the police, including Jacobs’s as Crime Intelligence boss, not long before his subsequent suspension are particularly intriguing.

In August 2017, apparent Zuma loyalist Major-General Bhoyi Ngcobo was appointed acting national Crime Intelligence head. In November 2017, Sitole was appointed national police commissioner. These top appointments were made when Zuma was still president. The month after Sitole took up his position, he and Ngcobo were among a group of cops who attended a meeting at a Pretoria hotel on 13 December 2017 – two days before the ANC’s 54th elective conference at Nasrec, which saw Cyril Ramaphosa narrowly winning (he later became president of SA).

This now-controversial meeting was allegedly about procuring a surveillance device known as a grabber at an inflated price of R45-million when the usual price was a comparatively low R7-million.

Sitole’s version was that the attempted procurement was related to a matter of national security, but McBride did not accept that explanation. The whole situation ramped up in mid-February this year, as Daily Maverick reported, with Ramaphosa requesting that Cele instruct Sitole to hand over all documents relating to the attempted unlawful grabber procurement.

Back in 2016, he was head of Crime Intelligence in the Western Cape and was running the country’s biggest-ever gun smuggling investigation that involved unravelling how police officers were channelling firearms to gangsters.

Jacobs was leading this project alongside the province’s acting head of detectives at the time, Major-General Jeremy Vearey. Both are former uMkhonto weSizwe operatives.

But in June 2016 the two were suddenly transferred. They said this effectively derailed the massive investigation. They approached the Labour Court in Cape Town to try to overturn their transfers.

Jacobs and Vearey believed they were incorrectly viewed as being part of a political faction within the police.

In August 2017, Vearey and Jacobs successfully had their transfers overturned.

They were only promoted – Jacobs to national Crime Intelligence head and Vearey to provincial detective head in a permanent capacity – after Ramaphosa replaced Zuma as head of state in February 2018.

Jacobs’s elevation in the police saw him effectively inherit a Crime Intelligence unit that for years had been dogged by allegations of slush fund pilfering.

In mid-August last year, Jacobs launched an investigation into alleged misconduct by Major-General Deena Moodley, who was previously head of Crime Intelligence in KwaZulu-Natal.

The alleged misconduct, according to a document on the investigation into it, was suspected to have been carried out between 1 October 2016 and 30 June 2017, at “the Crime Intelligence Divisional Head Office, Finance Office, whereby fraudulent claims were presented by various members of the Crime Intelligence Covert Intelligence Component for payment and the implicated senior manager … approved such claims”.

Part of the findings into this matter said: “The depth of irregular claims at Head Office undercover office [has] not yet been established.” Jacobs was therefore advised to push forward with an audit.

The investigation wrapped up on 4 November last year – just weeks before Jacobs was served a suspension notice.

Daily Maverick previously reported that in the fraudulent claims matter it had been found there was enough evidence to proceed with an “expeditious process” – basically a condensed form of a usual disciplinary procedure that does not involve witnesses being called to testify or be cross-examined.

It has been reported, however, that Lieutenant-General Johannes Riet, the divisional commissioner of Supply Chain Management, wrote to Jacobs in November saying he did not think Moodley’s alleged misconduct justified an expeditious process, because “there is no direct evidence to find the employee guilty”.

Riet was reportedly the officer who served Jacobs and his five colleagues with suspension letters that led to the disciplinary hearing that was derailed this week. Ironically, this was set down as an expeditious process.

Roughly two years after his appointment to steer Crime Intelligence, Mdluli was accused of exactly what Jacobs is now accusing other cops of – looting the Secret Service Account. He now also faces fraud and corruption charges in the High Court in Pretoria for the alleged slush fund looting.

Mdluli is expected back in the dock there, along with two former colleagues – Colonel Hein Barnard and Major-General Solomon Lazarus – this Thursday.

Jacobs is also expected in the Labour Court this week to try to prove officers lacked security clearance in the derailed disciplinary process against him.