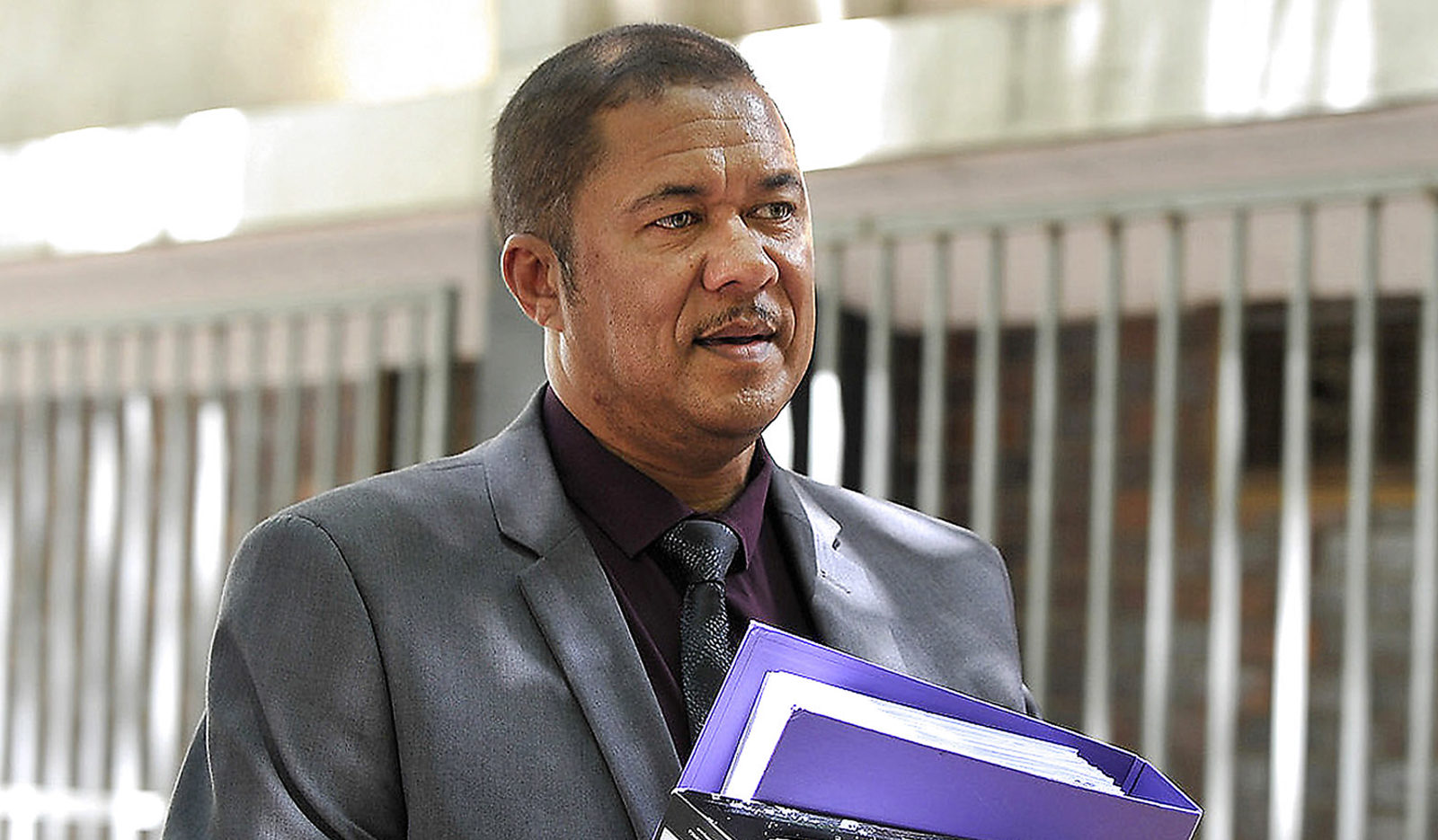 The wife of assassinated Anti-Gang Unit officer Lieutenant-Colonel Charl Kinnear has questioned whether her husband was punished for writing a damning 59-page document in 2018 about the alleged corrupt activities of colleagues.

Addressing a virtual meeting of Parliament’s police committee on 23 February, Nicolette Kinnear wondered whether this was why no threat risk assessment had ever been conducted.

She also inquired whether Kinnear’s report might have been the motive for a planned alleged hand-grenade attack on their family home, which was thwarted in November 2019.

Security placed outside the couple and their children’s home in Bishop Lavis had also been suddenly removed in December 2019, a month after the hand-grenade incident.

Visiting the home of the Kinnears after the assassination of the top cop outside their front gate on 18 September, Police Minister Bheki Cele ordered an investigation, especially considering that the detective had implicated fellow SAPS members.

In his 2018 report to his superiors, Kinnear had highlighted a “rogue” unit in Crime Intelligence in the Western Cape which was, he said, working in cahoots with underworld figures to scupper investigations.

Recalling the events which unfolded in the lead-up to her husband’s murder, Kinnear took the committee back to 13 November 2019 when the family was placed under guard after a meeting between her husband and his Anti-Gang Unit commander, Major-General Andre Lincoln.

She said it was “no secret that my late husband has been on a hit list for many years. There was just something different this time around. That was why when the guarding was removed I raised the issue in a media article,” she said.

In November 2019, intelligence had been received that both Lincoln and her husband were on a hit list and that Serbian assassins “were coming”.

Then on 14 November 2019, a Lieutenant-Colonel Andre Kay, who also lived in Bishop Lavis, was assassinated “in a similar way to which my husband was killed,” said Kinnear.

After the alleged hand-grenade incident her husband had been sent a letter by his superiors informing him that he was being sent back to his station of origin, Sea Point. It was a letter, said his widow, that he refused to sign.

“For months, for years, we suffered, being bugged, having cars parked in front of my house. I’m left with all these questions.”

Kinnear said she wanted to know who was responsible for removing the family’s protection even though Cele said there had been no official authorisation for this.

“If there was no official authorisation, then my question is, why?”

She told the committee that she was “not a bitter widow, gunning for SAPS”, and that her husband had loved the organisation and had been part of it for 32 years.

She said at the start of September 202o, Kinnear had been aware that his phone was being pinged and that he was being monitored. Even then “nothing was done to ensure again safety precautions were put in place”.

She asked whether a “complacency” had set in as her husband’s name appeared “on a list every second day”.

“A lot of people have been blamed [for not acting prior to Kinnear’s death]. Lincoln faced a disciplinary investigation as well as police Crime Intelligence head, Lieutenant-General Peter Jacobs. My question is, what about the others?”

It appeared that only SAPS members of a “certain rank” were provided with protection.

“Lives only start to matter when you are generals or higher, but in my opinion all blue lives matter, doesn’t matter who you are.

“I do feel that SAPS failed us as a family… The ultimate reality was his life was under threat, us as family came under threat because he was doing his job as a cop,” she concluded.

On Tuesday, Cele and SAPS Major-General Leon Rabie provided an overview of the investigation to committee members.

DA Shadow Minister of Police, Andrew Whitfield, said no family should have to endure “such trauma, especially once a family member is in service of its country.

“This… is particularly unique because it speaks to the core of the critical issue that members of the public and SAPS are concerned about,” he said.

Pieter Groenewald of the FF+ said the handling of the Kinnear situation had been “a victory for criminals”.

“We know part of the modus operandi of criminals is that they bribed certain people to ensure they are successful and they know they know there is no successful prosecution in this matter, it is a huge victory.”

Henry Shembeni, EFF MP, told the committee that in 2020 he had mentioned investigators being killed.

Cele told the committee the investigation into Kinnear’s murder was not yet finalised. He and police management had received a report on 20 February and this had not yet been “interrogated”.

Major-General Rabie said a formal complaint had been sent to SAPS management by Kinnear on 29 December 2018.

This “dossier” included a number of allegations, including that of the “rogue” Crime Intelligence unit.

On 18 January 2019, then divisional commissioner of Crime Intelligence, Peter Jacobs, had formally informed Sitole of the allegations. Sitole had appointed three deputy commissioners to investigate.

The preliminary investigation had led to the recommendation that the detective services at police headquarters probe all allegations in Kinnear’s dossier.

Deputy National Commissioner crime detection Lieutenant-General Jacob Tsumane appointed a Maj0r-General L Magson to head a team of investigators, which would look at all dockets pertaining to the matter.

Rabie told the committee the threat assessment on Kinnear and the process associated with risk assessment had been initiated on 14 November 2019. After several attempts to conduct the threat and risk assessments, the assessor responsible had met Kinnear in Cape Town on 11 March 2020.

“At that point, due to operational commitments, Kinnear requested that the assessment be postponed to a later stage.”

The outbreak of Covid-19 had retarded the finalisation of the threat assessment.

“As far as the actions that were initiated by [the] Hawks is concerned with reference to these specific dates on 3 September 2020, the DPCI Gauteng received information on a potential threat on Kinnear and as part of that assessment they indicated the phones of Major-General Lincoln and Kinnear were regularly pinged at the time and an inquiry was later opened in this regard and Major-General Lincoln was informed accordingly,” Rabie said.

On 8 September 2020, Kadwa briefed Hawks national head Lieutenant-General Godfrey Lebeya on threats to Kinnear and told him that Lincoln had been informed of this specific threat.

The following day, a copy of the threat information had been hand-delivered to the office of Crime Intelligence Divisional Commissioner Peter Jacobs.

On 21 September 2020 Sitole appointed a divisional commissioner to conduct an internal investigation. A preliminary investigation was concluded on 6 October 2020 with the recommendation that a more senior officer be appointed to investigate the matter further.

The criminal investigation relating to the assassination of Kinnear is being conducted by the Hawks.

Committee chairperson Tina Joemat-Petersson said the matter would not be removed from the committee’s priority list. There would be “accountability” and the committee would exercise its oversight responsibility. MC/DM