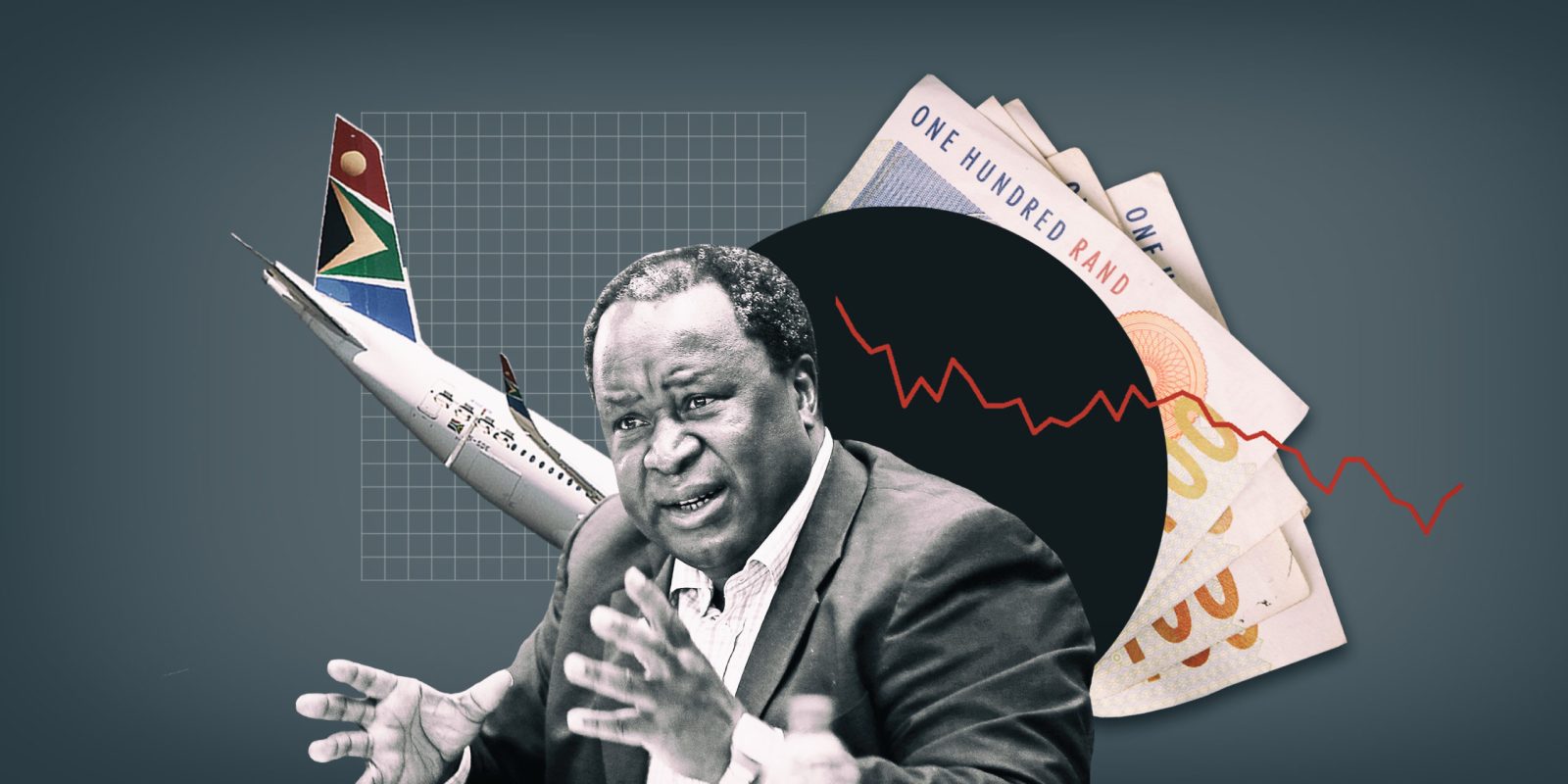 The airline’s business rescue practitioners have asked Finance Minister Tito Mboweni for additional funding of R3.5-billion. But SAA creditors are apparently in the dark about this.

Some South African Airways creditors are confused about the decision by the airline’s business rescue practitioners to ask Finance Minister Tito Mboweni for more money from the national Budget.

The creditors were surprised to learn in the 2021 Budget Review that rescue practitioners Siviwe Dongwana and Les Matuson have asked Mboweni for an extra R3.5-billion to fund the restructuring of the struggling state-owned airline.

The amount is over and above the R16.4-billion that Mboweni allocated to SAA in 2020 to fully fund its business rescue process, which is more than a year old and still going on.

The cost of this process has now risen to R19.3-billion, Treasury said in the Budget Review.

At a press briefing after his Budget speech on Wednesday, 24 February, Mboweni said: “There is no allocation in this Budget for SAA. The business rescue practitioners have made a request for R3.5-billion. That still has to be interrogated to get to the veracity of it.”

The original funding requirement of R16.4-billion was already included in SAA’s business rescue plan, which was voted on and approved by creditors in July 2020. The plan was later presented in Parliament, but another industry insider said the document is no longer valid because the airline’s funding requirements have changed drastically.

In October 2020, Mboweni awarded SAA R10.5-billion in new money to pay the airline’s unsecured creditors and those who leased aircraft to the airline and to fund retrenchment packages for 2,000 workers as well as the airline’s now delayed restart. At the time, Public Enterprises Minister Pravin Gordhan said it was the last time the airline would need financial support from the fiscus. But the airline is back for more money.

The Budget Review has implied that SAA creditors were informed about the additional funding for the airline because its business rescue plan was amended in September 2020. “The identified funding requirement [in the amended business rescue plan] was increased to R19.3-billion. Of this, R14-billion was envisaged to come from the government [including the R10.5-billion allocated in 2020/21], with the remainder sourced from strategic equity partnerships,” the Budget Review read.

Writing in Daily Maverick on 23 February, Gordhan said his department is “nearing finality with the appointment of a strategic equity partner” that will fund SAA’s future financial requirements and beef it up with technical aviation skills.

According to the rescue practitioners, a big portion of the requested R3.5-billion will go towards paying aircraft lessors (R1.7-billion), followed by R1.2-billion that will be used for the unfunded ticket liability (tickets paid for by passengers which SAA still needs to honour). The remaining R600-million will fund payments to concurrent creditors, who will receive 7.5 cents for every rand they are owed by SAA.

The rescue practitioners said these amounts are not new because they have already been committed in the business rescue plan, which has already been approved by creditors. “However, the Department of Public Enterprises did not submit this amounts to the Treasury in the Medium Term Budget or R10.5-billion because they are payable only from August
2021 over three instalments.”

The delays in the completion of SAA’s rescue process mean the airline failed to return to the skies in January 2021 – as proposed by the approved business rescue plan. SAA is being left behind in the aviation industry as most airlines have resumed flights under less-strict lockdown regulations. DM/BM