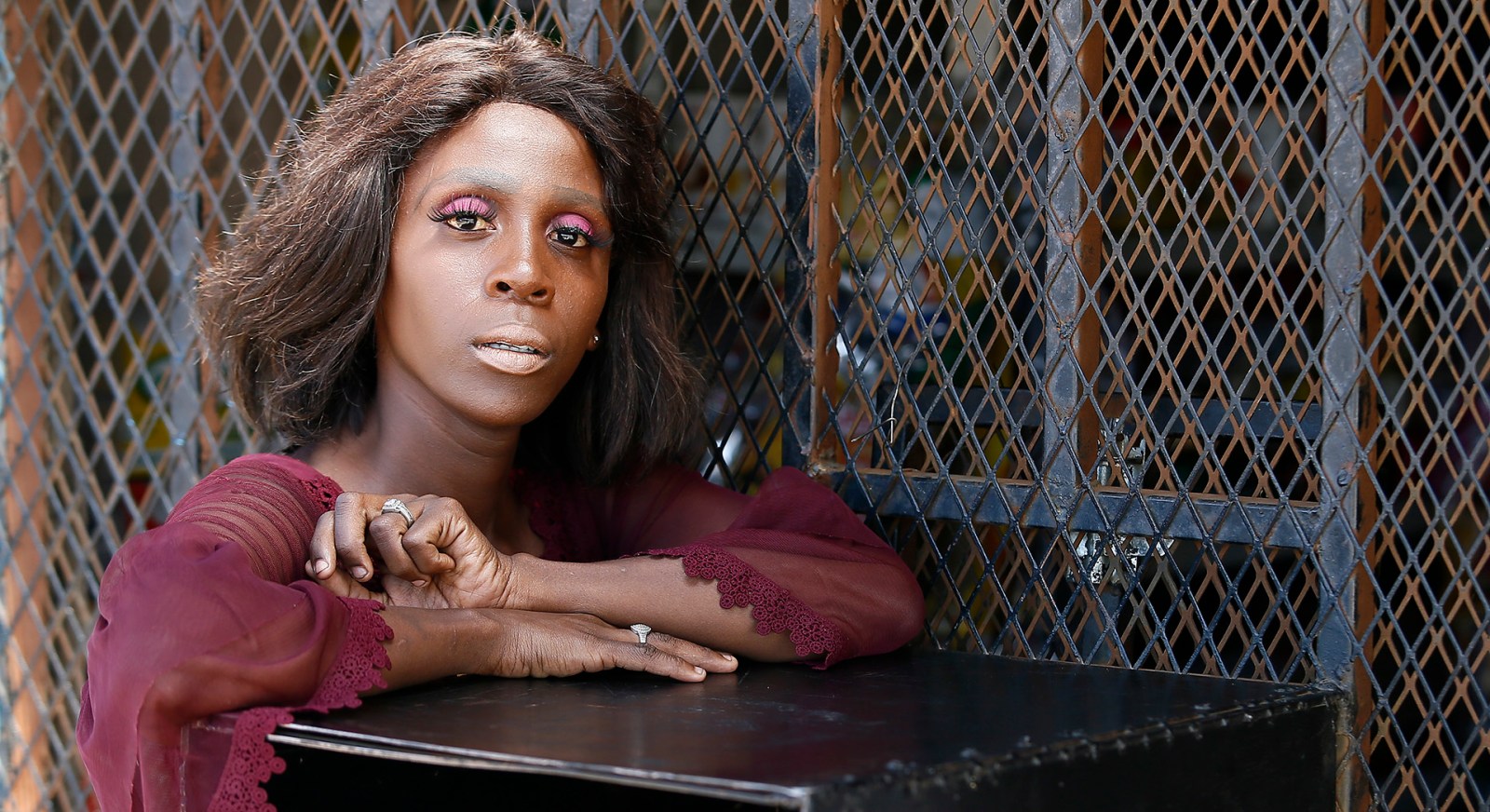 Some uncles deserve the middle finger and some should just be in jail. Queen KR Kamango is unapologetic about pointing out patriarchal cultural baggage that’s become a cultural curse.

Rape culture, blessers and things that tip the balance against women she believes can be summed up in the isiZulu phrase “Khula S’hlahla sizodla’mapentshisi”. It’s loosely translated as telling girls to grow up enough so they can have sex with them.

It’s toxic and it’s sick and it’s why the White City, Soweto local and community activist doesn’t mince her words. More than having words, Kamango fights. For her taking a stand is refusing to shut up, refusing to “know her place”. But it comes with pushback; she’s being threatened, beaten up and even had bullets fired at her home.

It doesn’t stop her questioning: “When a child has been raped, how can we be having family meetings with the perpetrator?”

Being a grassroots activist is having skin in the game. It’s not parachuting in, there’s no off-switch when the nightmare of gender-based violence, human trafficking and child abductions unfold in her neighbours’ backyards.

But being unknown beyond her community, without an NPO or NGO registration number, means funders don’t come running. The sceptics, naysayers and bullies take cheap shots too.

“I can’t quit, I know this activism is a calling for me. I even tried in 2018 to concentrate just on an online radio show I was working on that time. But women were still calling me,” says Kamango.

Kamango is a rape survivor. She was raped by a stranger when she was 14. She admits that there’s a part of her that will never feel whole again. At 16 she fell pregnant.

“The relationship was so abusive and toxic that I ended up in hospital, in a coma, twice. I thought that all men were dangerous and bad for society,” she says.

She got counselling for depression and the burdens of being a teen mom as more children followed. From her murky nadir, Kamango was helped to focus on her personal strengths. It’s her love for writing, which she continues to do, and her ability to talk to people with impact.

She went on to be a peer educator with the national counselling service LifeLine in her 20s. She didn’t stay on but she didn’t stop working in her community either. Trusting her own vision, rather than following a more certain trajectory, has been a lesson too.

Today, her first-born twin girls, who are 14 years old now, help her see things more clearly. She’s acutely aware of the vulnerability of being a young woman, especially a black woman, growing up in a world where “in black culture when you marry you are told that you will do what the man says – he has paid lobola, so he has paid for your vagina”.

It’s the BS that makes her fierce, fired up enough to act. She launched her “Teen Mom Drive” as a campaign in 2010. It lapsed in 2014 but she revived it last year.

It’s a mentorship project in the informal settlement of Vlakfontein and she’s managed to do skills development exposing the teens to the likes of first aid, basic fire-fighting training and how to do nails.

“I wanted what happened to me as a teenager to be a lesson to help teen moms. The young women I meet there – some have been raped, their children go missing and they don’t know where they are or how to get them back. Some sleep with men who are as old as their fathers but they give them groceries, they are abused and beaten and I’ve been to their funerals.

“These are the young women who are told they must close their legs, they must condomise – but some of them don’t have R5 to buy food, never mind the R15 taxi fare to get to a nearest clinic. Why is it always the girls? Where are the men who impregnated them?” she asks.

Kamango’s own mistakes, shortcomings and hardships don’t stop her from telling patriarchy to back off, or the local Soweto police for that matter. She organises marches to police stations, pressuring them to investigate, to make arrests – to just do their jobs.

“I have organised so many marches over the last 10 years it sometimes feels like street aerobics, but we have to keep doing it till people wake up,” she says.

She marches on police stations, rallies protesters outside court when alleged rapists are on trial and she’s also the soft landing for families of victims. Some need help to open a case at the police station or to figure out a court hearing. In the end they need her to lend an ear and to raise a fist when they are too broken to do it.

“Sometimes I might get a phone call and the person says ‘Sis Queen, our case got on the court roll’ or ‘he got sentenced’, that’s when it’s all worth it.

“The other night one of the teen moms called me. She said she had been thinking to turn to prostitution but she wanted me to know that because of the Teen Mom Drive dialogues she has seen the light,” Kamango says.

Kamango is happy to hustle, to not be bound by organisational structure or funders’ expectations. She admits that it would be nice not to worry about data or transport costs. But for her, sponsorships and funding can be a trap and a distraction from what is her purpose in taking up a fight.

She doesn’t have it all sorted out; she’s still working on making better choices herself, she says. For now she’s happy to work on figuring out more things; happy to be a one-woman show, so long as she can connect people and mobilise them when it matters. She also says with a laugh that her eldest children, the twins have grown up to become her right-hand women now.

Being a mom is her perspective and joy. As is helping her husband, kwaito musician Drencko, establish his career. Having an entertainer in her life means gigs, and gigs mean more reasons to do the other thing she loves: dance.

Kamango takes every chance to bust out her moves – pantsula especially – because she knows the next day it’s very likely another woman will call. And when the phone rings it’ll be a different tune she’ll be called to march to.

My wallpaper is a photo of my children and the main picture is of my mom. She passed in 2019.

Half on data and half on snacks for my children – probably chocolates.

There are many, but I think it would be “Black women are supposed to take the backseat”.

What’s the one thing you wish you learnt earlier on in life?

I wish I learnt to drive when I was younger.

The Bible, Getting Past Your Break-up by Susan J Elliot and Confessions of a Broken Man by Leroy Tau.