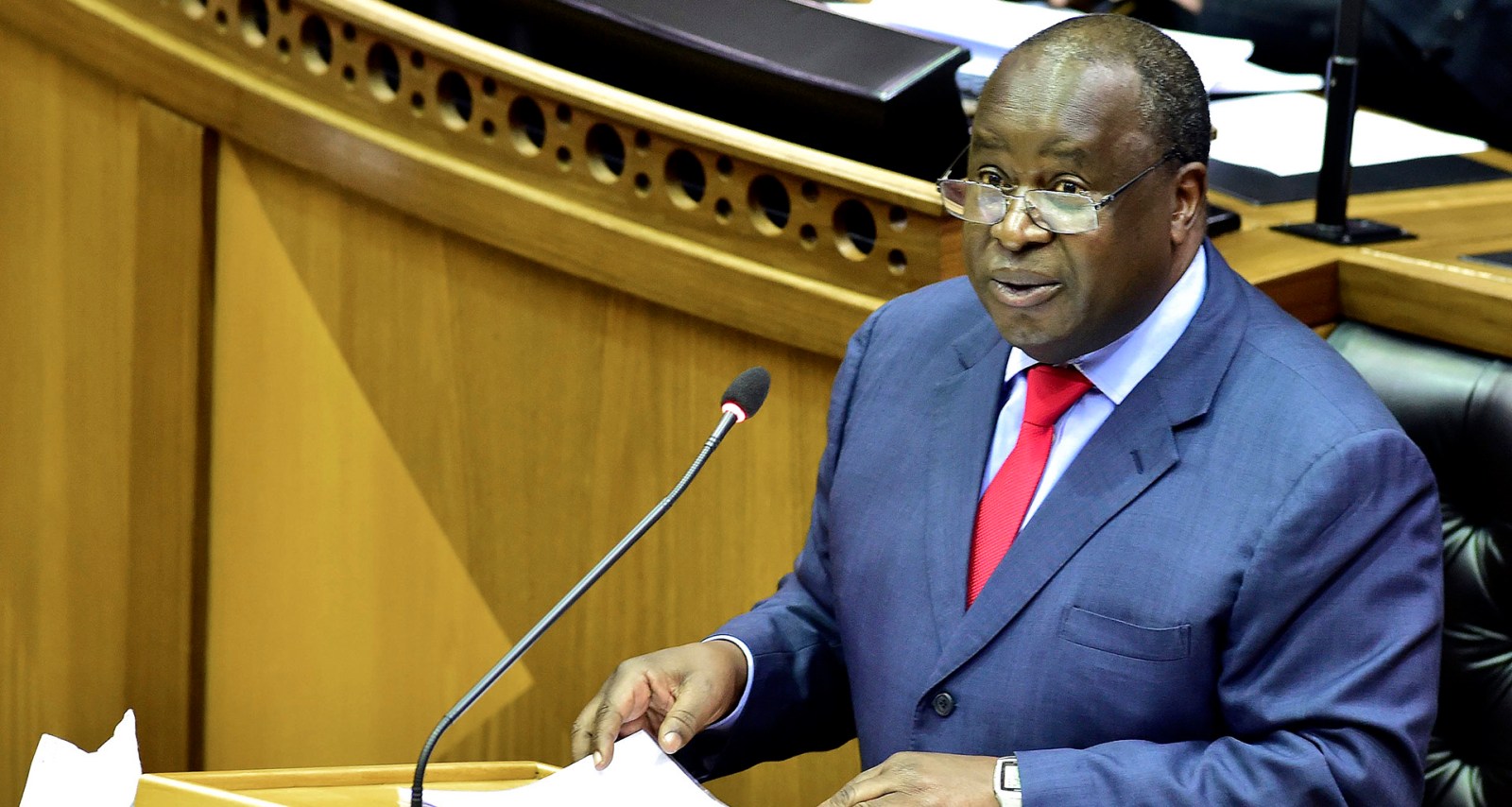 The 2021 Budget has once again been met with anger by civil society organisations. Detailed analyses made by NGOs of the Budget Review, rather than the upbeat speech given by the Minister of Finance to Parliament, show that as far as the poor are concerned behind the clouds are … more clouds.

When Tito Mboweni stood before Parliament to present the annual Budget on Wednesday, he made a point of repeatedly stressing that this was not an austerity Budget whilst misrepresenting some of his critics who he suggested thought that South Africa was “swimming in cash”. However, civil society had the last laugh.

In a statement issued by a group of 15 social movements and NGOs, including Right2Know and Abahlali baseMjondolo they riposte, “A finance minister should be ‘economically minded’, but he should not be economical with the facts!”

Their analysis of the facts in the Budget Review lead them to allege that “the ANC and the finance minister have turned against their own people”, zooming in particularly on the Budget’s plans for basic education and health which are anything but expansionary.

They point out that basic education, “with schools struggling to cope with collapsing infrastructure, will see a cut of approximately 7.4% in real terms over the coming period” and they finger the Treasury as foreseeing “the devastation this can cause when it says in the Budget Review (at p.59) that:

“Low compensation growth of 0.8% per year [without taking inflation into account!] over the MTEF period, combined with early retirement [which is promoted by the Treasury], will reduce the number of teachers. This coupled with a rising number of learners, implies larger class sizes, especially in no-fee schools [which are the majority of schools!], which is expected to negatively affect learning outcomes.”

Equal Education in a statement released yesterday echoes these concerns.

According to civil society a similar situation faces funding for the right to health care services. They point out that “accounting for inflation, the spending on public health will decrease by 12.5% over the next three years”.

Whilst welcoming the substantial expenditure on Covid-19 vaccines SECTION27 lament cuts and underfunding in other areas of the health budget, saying:

“We cannot accept a vaccine versus health system trade-off. The sustainability of our public healthcare system must be ensured and indeed strengthened for the transition to NHI. Government must expedite the procurement of vaccines without cutting costs to other crucial programmes, and make sure that provinces have the staff and other capabilities to rapidly roll them out and improve the quality services.”

Dr Louis Reynolds, a paediatrician and member of the People’s Health Movement and C-19 People’s Coalition echoed this anger. He pointed out that: “More than one in four children were stunted – in growth, development and life prospects – before Covid. Food prices are going up. Then Mboweni effectively cuts social grants, including the Child Support Grant. That shows an astonishing lack of respect and grasp of what is essential.”

Reynolds says that, if the minister’s objective in increasing the grant by only R10 is to cut costs, this is also self-defeating: “Stunting indicates chronic starvation. It leads to obesity and non-communicable diseases (NCDs) in adulthood. It is intergenerational.”

In its response the Budget Justice Coalition (BJC) said it “is disappointed with, but not surprised by, the 2021 Budget”, calling it a “sugar-coated austerity budget” which it said “represents the continued prioritisation of a budget surplus over the realisation of social-economic and human rights. Although the Budget is couched in celebratory language about justice, transformation and constitutional order, in reality, it will affect poor people the hardest, while corporates and the rich get tax rebates, further deepening inequality.”

Meanwhile, on another side of town, human rights lawyers spent time during a conference hosted by the SA Journal on Human Rights, reflecting on how the government’s austerity budgets and cuts to public expenditure on socio-economic rights square (or not) with its constitutional obligations. Wits University Research Chair in Equality, Law and Social Justice Prof Cathi Albertyn coined the term “regressive realisation” – an ironic play on the fact that the Constitution’s Bill of Rights requires the “progressive realisation” of key socio-economic rights.

On the morning after the Budget, Professor Sandra Liebenberg (profiled in Maverick Citizen here), who is considered the foremost scholar on socio-economic rights in SA, said that fiscal conservatism “was a profound threat to the legitimacy of the constitutional project” and that there was a real danger that “without significant investment poverty and inequality will be a permanent feature” of South Africa.

Liebenberg criticised the Treasury’s idea that spending on things like health care services and education is “consumption rather than investment”. Other speakers pointed to the discriminatory impact that many of the measures taken under the State of Disaster have had on the poor, particularly women and children – and debated whether the courts could play a role in challenging them. The Budget was an opportunity to provide some redress, but surprisingly limited relief to extremely mean increases to social grants and hope that tax cuts to the corporate sector might at some point trickle down as jobs in the economy.

In the coming days several of these organisations, particularly those affiliated to the BJC, will be preparing written submissions to the Parliamentary Finance Committees that will now have to hold public hearings on the Budget. But they do so with a despondent sense that Treasury is not interested in listening to its critics, and a déjà vu that although many MPs privately agree with their critique, party loyalty will once once trump constitutional duties and 2021’s profoundly anti-poor budget will make its way on to the statute books. DM/MC