A deafening silence on gender-based violence and femicide 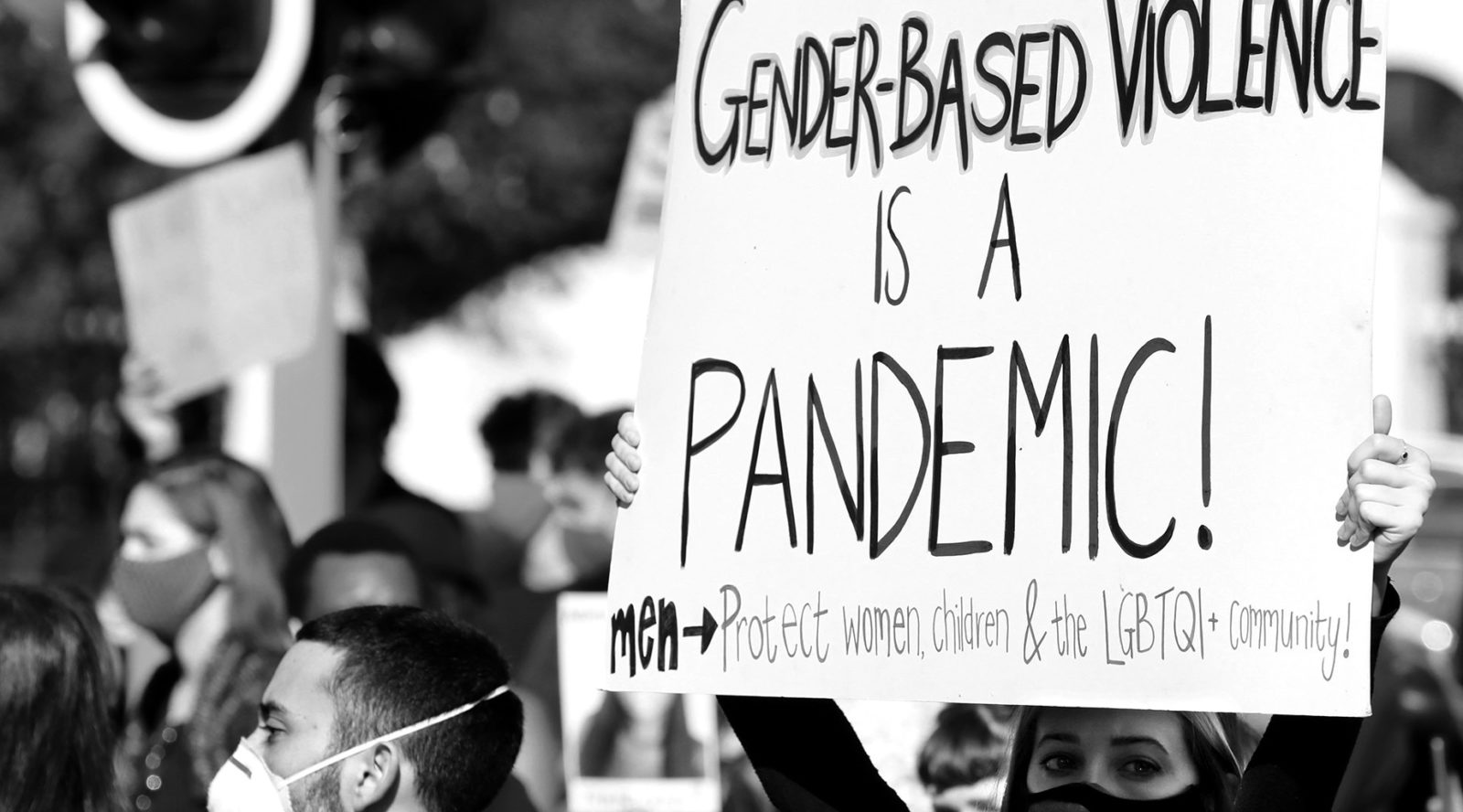 Reading the Budget Review document doesn’t lift much up. Here, we see mention of R5-million per year to the Department of Women, Youth and Persons with Disabilities for the National Council on Gender-based Violence and Femicide. And that’s about it.

Despite the government’s long-standing commitment to addressing gender-inequality the Budget speech 2021 was silent on the issue of addressing discrimination against and inequality of womxn. In addition, decreases in social spending overall will only deepen the reliance of our economy on womxn’s unpaid labour.

Finance Minister Tito Mboweni’s Budget was also mute on the more fashionable presidential priority issue to fight the “scourge” of gender-based violence and femicide. Fair enough – the speech cannot cover everything, but we’d expect that the president’s political priority would show up in the talking points identified by the minister of finance as worth highlighting to the public.

Since early February, there’s been much fanfare over the introduction of the “private sector-led, multisectoral Gender-Based Violence and Femicide (GBVF) Response Fund aimed at supporting implementation of the National Strategic Plan (NSP), and the wider GBVF response in the country.” The president’s State of the Nation Address this month reported that this fund already has R128-million pledged to it. It’s encouraging that the private sector is stepping in, but it’s not public money, and so we await information on the “democratic” mechanisms (if any) through which the public can monitor and make inputs into decisions relating to the fund.

More importantly, last week, President Cyril Ramaphosa committed R12-billion of government funds over the next three years to implement the NSP on GBVF. This expression of a financial commitment to address GBVF is unprecedented – so it’s cause for optimism. But we can’t easily find the detail – that’s where the devil is. In a meeting on 15 February, Olive Shisana, the social issues adviser to the president, indicated that much of this would go to “Pillar 5” of the NSP – “economic empowerment” – which is also great. But still, it is not enough information to understand how this huge sum will be allocated.

As a national priority, you’d think these developments would merit clear and complete information to the public from our National Treasury.

Reading the Budget Review document doesn’t lift much up. Here, we see mention of R5-million per year to the Department of Women, Youth and Persons with Disabilities (DWYPD) for the National Council on GBVF. And that’s about it.

Next stop is to dredge our way painstakingly through the Estimates of National Expenditure documents. At first glance, there are some new nods towards transformation. We see some small pieces of the R12-billion promised, but it’s difficult to identify even close to the full amount.

What’s noticeable is that the direction provided by Treasury to departments to “tag” expenditure that is linked to the Framework on Gender-responsive Planning, Budgeting, Monitoring, Evaluation and Auditing, seems to be starting to show up in the narratives, and even in some of the performance indicators or budget lines, of a few departments. This shows that the Presidency, and Treasury, have taken on board the challenge of CSOs, to provide disaggregated information at all levels of planning and reporting as the critical first step to developing transformative budgets to match South Africa’s strong policy on this.

Given their mandates, the police and justice departments usually include targets and plans linked to addressing GBV and violence against children; however, civil society organisations have been calling on them to demonstrate the spending on those priorities in the budgets to no avail.

This year, we see that a couple of other departments (like small business development and Treasury) have added the words “women”, “youth” and/or “people with disabilities” to their narratives or their selected performance indicators. But, as with the other departments, they haven’t “tagged” the money in the Budget. We still can’t see how much of the allocations are targeted at programmes for these groups.

In the critical area of supporting employment, the Department of Labour tags spending allocated to increase employment opportunities for people with disabilities, but is silent on targets or tagged allocations relating to womxn or youth.

So the DWYPD has its work cut out for it. The allocations in the DWYPD budget of around R100-million to improve gender-responsive planning, budgeting and monitoring across government show a positive step to keep working on this. Just over R40-million of this is allocated to capacity-building in departments. The rest – just shy of R60-million – is earmarked for 12 public participation and four community mobilisation events. This seems rather a lot to spend on events – especially with the government’s history of public participation as a box-ticking exercise. Let’s hope that this department, with its weak track record for implementation can get the job done and do it well.

As always, throughout the documents, we see the lumping of womenyouthpersonswithdisabilities – the lack of specificity regarding the budgets allocated does not inspire confidence that the programmes will be targeted towards addressing the different barriers and exclusions that these groups face, and can result in lack of investment into programmes for one group being hidden by investment into programmes targeting another.

To address GBV and violence against children (VAC), amongst the range of measures identified in the NSP, we also need to improve police investigations and prosecutions. The cuts in compensation of employees’ budgets across the government are also reflected in the NPA (JCD) and police budgets and are alarming in this regard. These cases need more, skilled, and experienced detectives and prosecutors – the cuts pose a strong risk to any efforts aimed at improving detection and prosecution rates in GBV or VAC cases.

The police are focusing on visible policing actions to address GBVF – yet the potential for visible policing to prevent these forms of violence is very limited. What spending here could achieve is an improvement in the manner in which police respond to incidents and initial reports of GBV and VAC, which, given the low rate of reporting, would conceivably increase the number of reported cases in the next few years. But at the same time as the police persist in their target of reducing the reporting rate of these crimes over the next few years, the investments in visible policing, but not in quality investigations are concerning.

The commitment in the justice and constitutional development budgets to establishing three more Thuthuzela centres is great. It’s not clear how these will be funded; we’ll need to dig further here too. The 99 designated sexual offences courts that are promised would be very expensive if the blueprint for these courts is followed, and we will be monitoring to see that these are not established only in name, without the investments into experience prosecutor salaries or infrastructure that are critical to their success. DM/MC

Biénne Huisman for Spotlight • 21 hours ago