Excuses, excuses as Makhanda goes a week without water 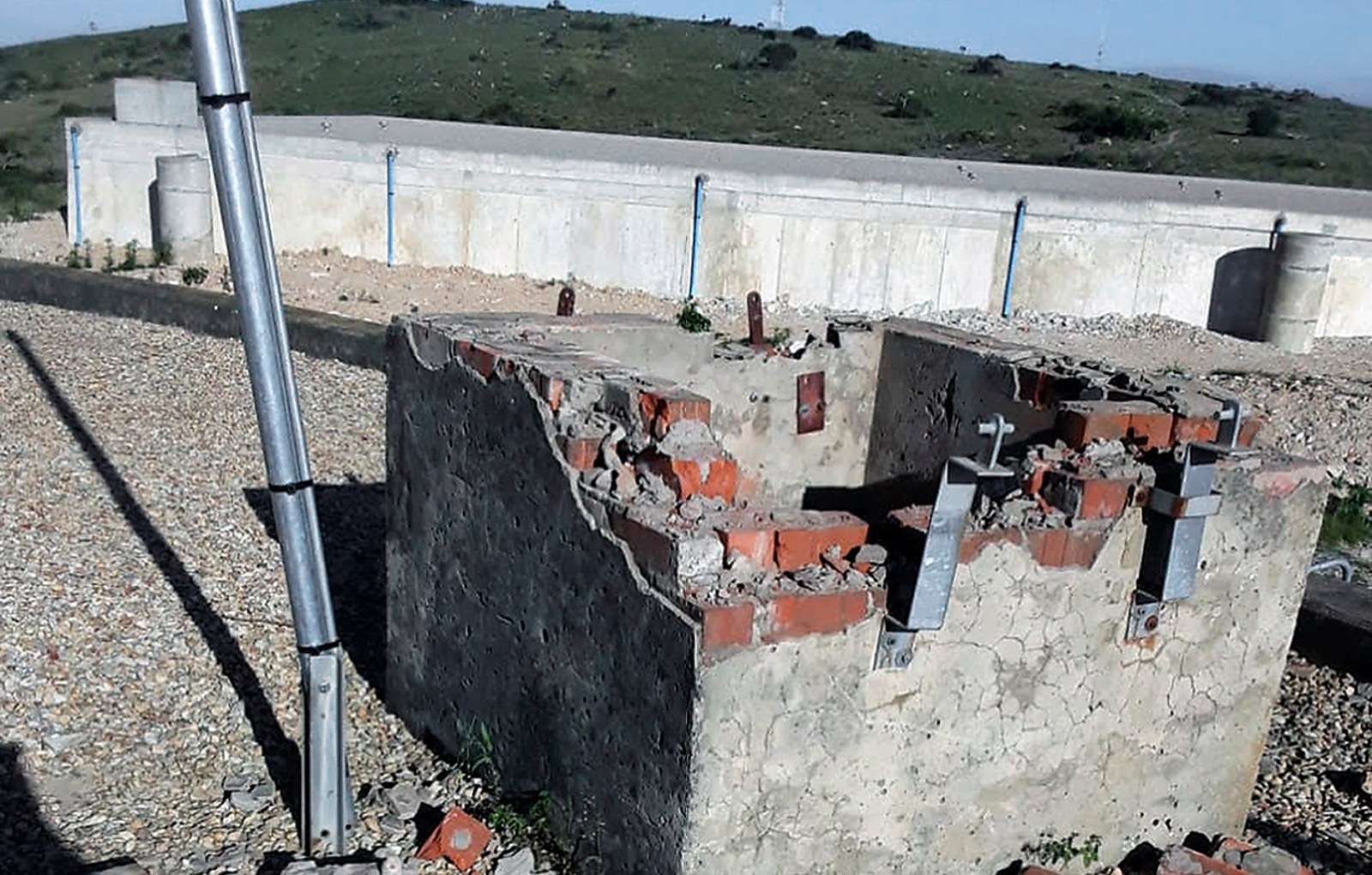 The Makana Municipality said on Wednesday that plans to get water to part of the town had been scuppered after its reservoir at Botha’s Hill was vandalised, but Gift of the Givers’ Dr Imtiaz Sooliman said he had heard similar excuses many times over the past two years.

As Makhanda entered a week without water on Wednesday 24 February, the municipality said the electrical infrastructure used to monitor the reservoir levels at the Botha’s Hill reservoir had been vandalised overnight and this was preventing it from supplying water to at least part of the town.

The municipality said the damage to the reservoir fence, electric fence and telemetry system was discovered when workers went there to “open the water”.

But Gift of the Givers’ Dr Imtiaz Sooliman said he had heard that excuse too many times over the last two years.

“In the last two years whenever it is announced that the reservoir or the pump is coming on line within the next few days, it never happens and then you hear the exact same message: The reservoir had been vandalised.

“We know those announcements too well and we are well experienced that what is announced never gets delivered. The mayor announced this morning that 50% of the town will have water today. We knew that was never going to happen.

“We actually increased our intervention and are looking at finalising clearance to pump water into the Waainek Treatment Plant. We have already looked at what needs to be done as we drilled seven boreholes at Waainek in 2019. If it works out, we should be able to pump 700,000 litres of water per day into the Waainek Treatment Plant which then goes directly to taps in the town.”

Sooliman said he was on his way to Makhanda and would be there on Thursday.

Since last week Gift of the Givers personnel helping residents to access water have been overwhelmed by desperate people lining up to get water from their water trucks.

On Monday the municipal manager for the Makana Municipality, Moppo Mene, said they hoped to restore water to part of the town by Thursday.

One of the town’s water treatment works, James Kleynhans Water Treatment Works, suffered a catastrophic failure last week when a pipe blew a gasket and flooded the plant’s power station. The waterworks is in the process of a complete multimillion-rand overhaul.

Close to a week after the disaster, the municipal council resolved to buy new pumps as the broken pumps had to be sent to Johannesburg for repairs and will only be back on 2 March

The town has struggled with continuous water outages since the beginning of January as problems cropped up at the James Kleynhans and the Waainek water treatment works.

Makhanda lost its water supply last Tuesday and by Friday the municipality indicated it could supply water to only about 30% of the town. The rest would have to rely on water trucks. However, large-scale outages persisted.

A year ago, the Makhanda High Court ruled that the Makana Municipality, the water supply agent for the town, had to be dissolved for its unconstitutional failure to deliver services, including water, to the community. Both the municipality and the Eastern Cape Provincial Government have appealed against the ruling.

Sooliman said they were connecting extra taps to the Ntsika borehole and would set up pumping facilities to pump from boreholes at Waainek to water tankers.

“We are also going to put taps at Waainek so the public can collect water from there directly,” he said.

The municipality had originally promised water on Wednesday 24 February and then again on Friday 26 February before 100% of water supply capacity was to be restored by Sunday.

Police spokesperson Captain Khaya Tonjeni said a case of vandalism of infrastructure had been opened by the municipality at the Joza police station. DM/MC