The brewer feeding the city 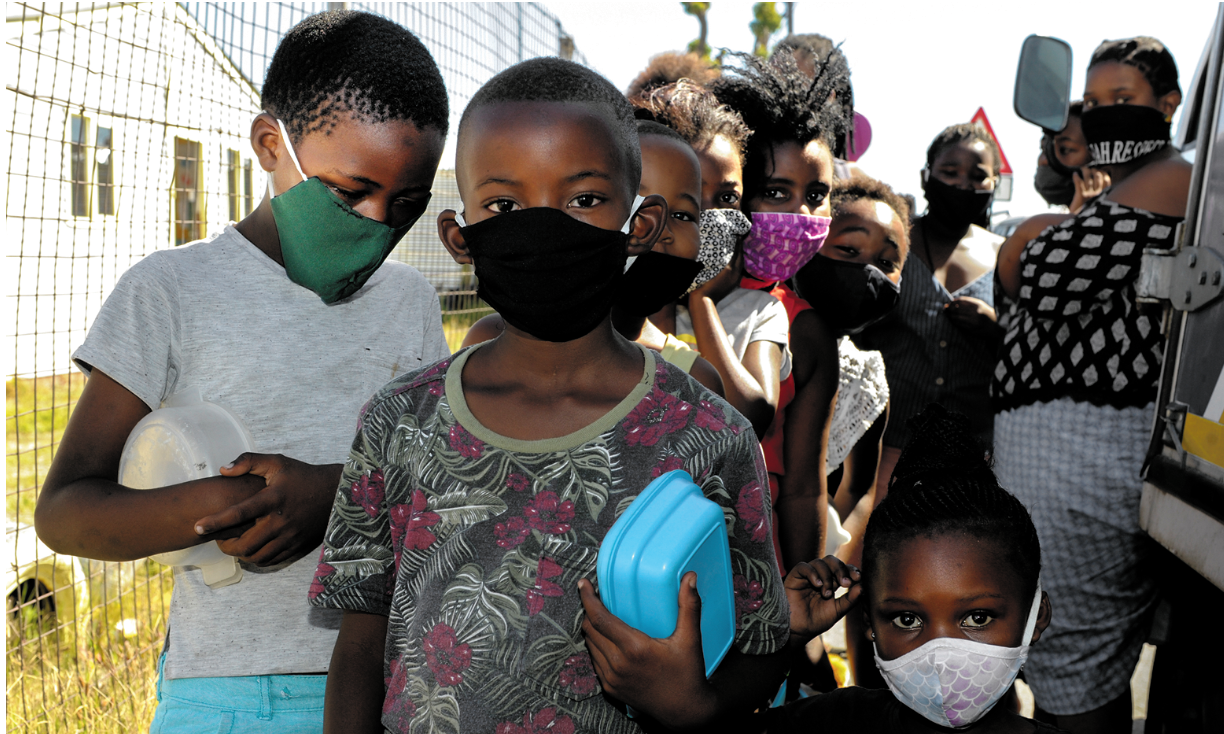 When lockdown hit, Woodstock Brewery repurposed its kettles for soup.

Tiny children, masked and diligently lining up, wait for soup to be poured into small lunchboxes. Gogos and madalas joke with neighbours as they await their turn to eat. And strapping adults of working age, so irritable from hunger they cannot wait another minute to feed their ravenous families, lug 25-litre paint drums.

The severely malnourished, especially children over the age of six months, also get a pouch of “ready-to-use therapeutic peanut butter”, packed with proteins, vitamins, minerals and good oils lacking in their diets.

This scene plays out daily across the Cape metropolitan area – in Nyanga, Khayelitsha, Delft, Mitchells Plain and other parts – where at least 25,000 recipients wait for deliveries of soup and bread. And no matter how much food that soup kitchens such as the Mother Soup Project produce, the need just keeps swelling.

Grasping the magnitude of the impending humanitarian crisis when the hard lockdown was announced in March 2020, Woodstock Brewery owner André Viljoen started fundraising with friends from the Judges Benevolent Fund by offering a “quid pro quo” for donations of entrance to a post-apocalyptic beer festival, which included a beer and a Richard Scott print of the Mother Soup Project. The fundraising drive was successful but when donor fatigue kicked in, they partnered with the Great Commission United (GCU), a sports and education project based in Heideveld on the Cape Flats. Viljoen then worked his contacts in business, philanthropies and tapped a few mates to find a sustainable solution to the city’s hunger.

A month later, the city’s largest kettles were repurposed from making beer to soup, aided by strategic partnerships with the City of Cape Town, Blue Ribbon Bakery, the Allan and Gill Gray Philanthropy Initiative, the Bateleur Foundation, Hemporium, MACS Shipping, the Mapula Trust, the Kerry food group, One Day Only, DHL Santam, Sasria, Gift of the Givers and Ladles of Love, as well as GCU volunteers.

It has persisted, despite national government’s best efforts to shut down soup kitchens and other NGO feeding schemes, and stood its ground when hoodlums tried to shake them down for “protection money”. That issue was a “misunderstanding”, and is now in the past.

Viljoen said when lockdown was announced, he knew it was going to be a “complete s***show” and that people were going to be hungry. “I don’t want Yemen or Ethiopia hungry. I want people to realise, okay, we’re a bit stuffed, but we’re getting R350 a month and we can get food there.

“It’s about pushing back the hunger.”

In the beginning, the adults were too proud to stand in lines for food, only the children came. Now, everybody stands in line.

Blue Ribbon has assigned two four-tonne trucks to the project, with bread and “nice people” he explained. They drive all over the city, all day. “We want to keep doing it – where the kids have a little bit of fat reserves and the body can adjust. As long as you can keep something in their tummies. If the body goes into panic mode and starts shutting down, that’s where they aren’t able to learn – then desperation kicks in.”

In the beginning, they thought they could produce about 2,000 litres a day in their kettles. When that worked, they pushed it to 2,500. But a pot with a capacity of 3,500 litres that is specced for 400kg grain was pushed too far when 2.2 tonnes of vegetables were loaded quickly and “cooked cold” – it caused a catastrophic blowout, an expensive lesson to repair.

The day after the alcohol ban was relaxed again, on 2 February 2021, Viljoen was relieved to be getting back to brewing but soup-making isn’t slowing down either, so they have to work around it: “We make an average of 8,000 litres of soup a day.” This while also cleaning and brewing beer.

Big plans are afoot for this year. By July, Viljoen wants to open new premises near the Epping Market, with the same cooking functionality but more sustainable.

For the next rollout, the suitably designed and equipped kitchen will have better workflows than the brewery. The tanks will be designed with better apertures. They will also be able to cook rice, samp, lentils and chickpeas, to mix things up. “Soup and bread every day is fine but if we have the functionality and are able to keep costs down, bulk-buying beans and samp, we can send out different meals daily.

“We want to keep it very cost-efficient, vegetable-based, halaal, ticking all the religious food requirements, low-glycaemic index for diabetics, and not too much flavouring for children.”

The City of Cape Town is closely involved in the project, and their donors have been “amazing”.

“We get requests for everything. Every day I am asked for money for transport, sanitiser, clothes, blankets, accommodation – we can’t do everything. We focus on where we can make a difference.”

The project has also been putting together basic stationery packs for all the recipient soup kitchen children, leveraging bulk buying and the distribution network to get back-to-school resources to the needy.

The need for food donations would grow, he said, because people were at the end of their savings and there was a lot of donor fatigue. Corporates that once had a budget for philanthropic needs had run out, so they needed to allocate it carefully.

And yet thousands of tonnes of vegetables and fruit end up in landfill. It’s a decent way to feed the nation, look after the farmers, and try to keep everyone involved. DM168

Daneel Knoetze for Viewfinder • 11 hours ago