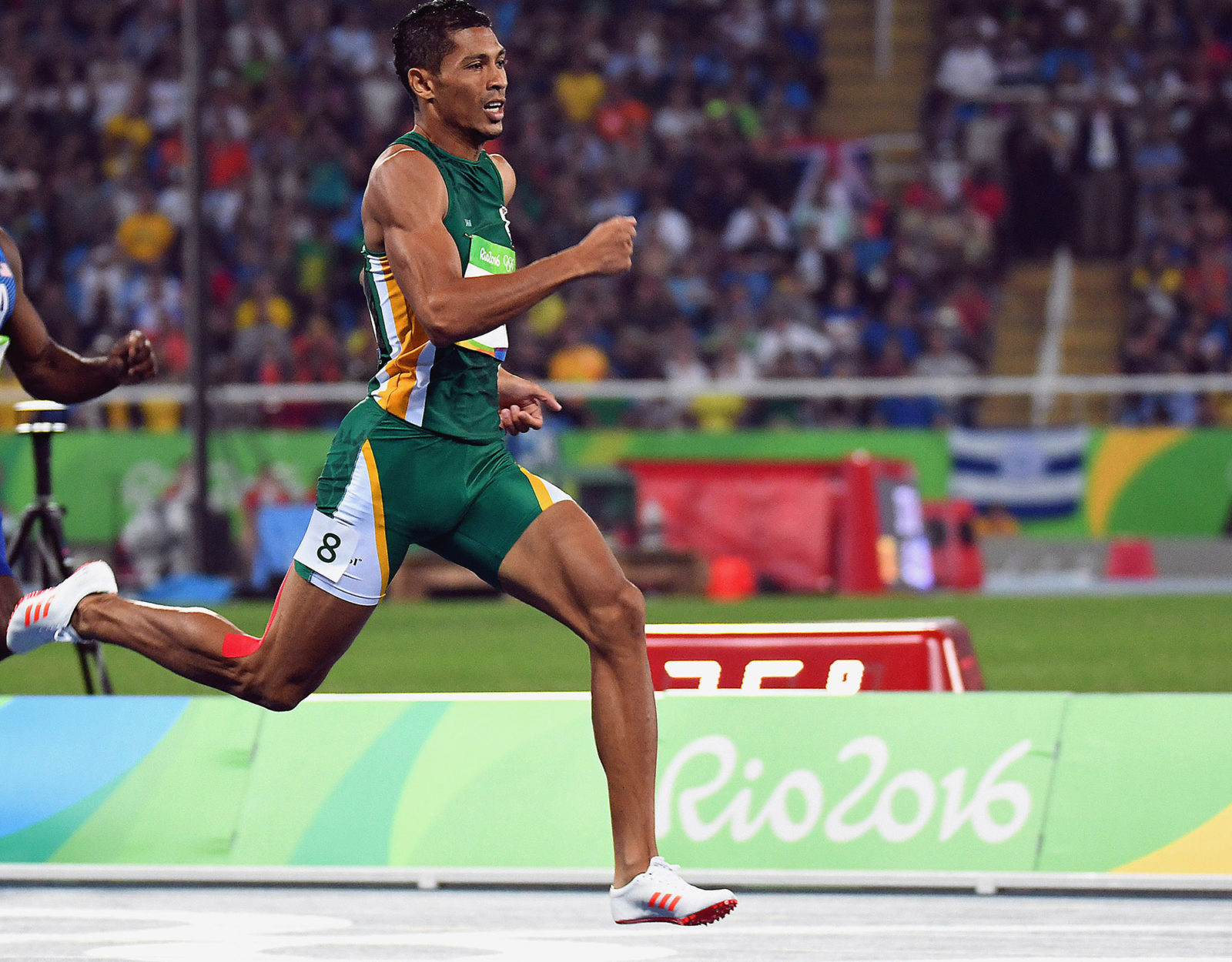 Wayde van Niekerk of South Africa on his way to winning the men’s 400m final and setting a new world record of 43.03 seconds at the 2016 Rio Olympics on 14 August 2016. (Photo: Wessel Oosthuizen / Gallo Images)

The South African Sports Confederation and Olympic Committee (Sascoc) has set a target of 13 medals at the Tokyo Olympics later this year. That’s according to a presentation it made to the Sports Portfolio Committee at Parliament on Tuesday.

Sascoc is nothing if not ambitious to state that 13 medals is the goal at Tokyo 2021, considering South Africa’s previous best haul of medals at an Olympics was 10, in Rio four years ago.

But in front of Parliament, where the sports umbrella body was updating its Olympic planning and progress, the goal was laid out – along with a predicted budget of R44.3-million to achieve that outcome.

The fact that Sascoc is demanding more and has set a high bar is no bad thing, but it is an unrealistic target. Where those 13 medals will come from is difficult to fathom.

The men’s swimming division is depleted compared with four years ago, while the highest-ranked track and field athlete in any discipline is long jumper Zarck Visser. He has the third longest jump in the world over the past 18 months of 8.41m.

Even 400m world record holder and 2016 Rio Olympic winner Wayde van Niekerk hasn’t yet run a qualifying time, although that should be a formality when he does finally make an attempt.

Van Niekerk has hardly run in anger for three years because of injury and his recent move to join coach Lance Brauman in Florida, US, appears to be a last-ditch effort to come close to the form that saw him run a staggering 43.03 seconds in Rio. Van Niekerk has split with his long-time coach “Tannie” Ans Botha.

“I’ve spent most of my career under the guidance of ‘Tannie’ Ans Botha at my home base in Bloemfontein and I can’t express the gratitude I have for everything she has done to help me get to this point in my career,” said Van Niekerk.

“As much as I have enjoyed my experience with Tannie Ans and her group, I am hoping to break my world record [43.03 seconds] and to do that I need to ensure I am training alongside the world’s best sprinters.

“So, I feel a temporary move to the United States will be in my best interests for the immediate future. I look forward to working with my new coach and training partners, and I hope to continue carrying the South African flag with pride at international level.”

Sascoc hopes so too, because even with the most optimistic of appraisals of its stated goal of five medals in Track and Field, it’s difficult to see where they will come from.

Van Niekerk and Visser should claim medals if they both reach their potential, but the other contenders are borderline to make finals, let alone compete for medals.

Sprinter Akani Simbine was eighth in the world in the 100m in 2020 with a best time of 9.91 seconds. Making the final is well within his ability. Winning a medal would require a personal best time and a bit of luck.

Long jumper Ruswahl Samaai’s best leap in the past two years was 8.23m. But he has a personal best of 8.49m, which would easily have won gold at the last two Olympics. However, a new crop of jumpers has emerged. Jamaica’s Tajay Gayle jumped 8.69m to win the 2019 World Championship gold medal, with Cuba’s Juan Miguel Echevarria taking the silver with a leap of 8.65m. Visser was third.

The sevens rugby team are definite medal contenders while Sascoc’s desire to see two cycling medals can’t be based on anything but hope.

In the swimming pool, Chad le Clos and Tatjana Schoenmaker could bring home four medals if all goes well, while rowing and the men’s 4x100m relay team could also win a medal. There are a lot of ifs.

In one of the feel-good stories, the South African men’s and women’s water polo teams have qualified for the Olympics for the first time since readmission. Almost all their qualifying campaigns were self-funded.

Sascoc’s presentation included them in Olympic funding, although the R2.08-million pre-tournament aquatic budget for training camps will be shared between swimming, diving, synchronised swimming and water polo.

In a wild development, according to a website called waterpolonline.ru, the Russian Olympic Committee (ROC) has explored the possibility of paying money to effectively buy South Africa’s slots in the 12-team draw after failing to qualify out of tough European competition.

The website quoted Sergey Naumov, the director-general of Russian Water Polo, stating that South Africa may not send a water polo team due to funding issues.

This claim cannot be verified and Sascoc has given no indication that this is even a possibility. Sources at Water Polo SA have also said they have heard nothing to verify those claims. They are preparing for the Olympics daily. The only issue for the water polo teams, it appears, is making themselves competitive in what will be a difficult element.

During the meeting at Parliament, Sascoc announced that it had also provisionally budgeted for a team of 217 athletes, 133 male and 84 female, although that number could vary depending on qualification criteria being met. In all, Sascoc has allowed for a travelling party of 303 people, which includes 86 officials.

The reason for taking so many officials requires more scrutiny. Sascoc’s response to a query from one of the members of the committee was that the equation they work on is one official per two athletes.

Sascoc had not responded to Daily Maverick’s request to explain the reasoning by the time of publishing.

The number of officials is not out of line with previous Olympic campaigns, which doesn’t justify it, though. It also begs the question: What is the exact role of all these travelling officials and how do they benefit athletes?

The medical team appears hopelessly small with only 14-16 listed (depending on which part you consult of the document Sascoc submitted) for more than 200 athletes.

There is no doubt that sending a team to the Olympics is costly and will be more so during the pandemic because of additional medical needs and screening. But there needs to be more detail and transparency of the costs and roles of those scheduled to attend. DM