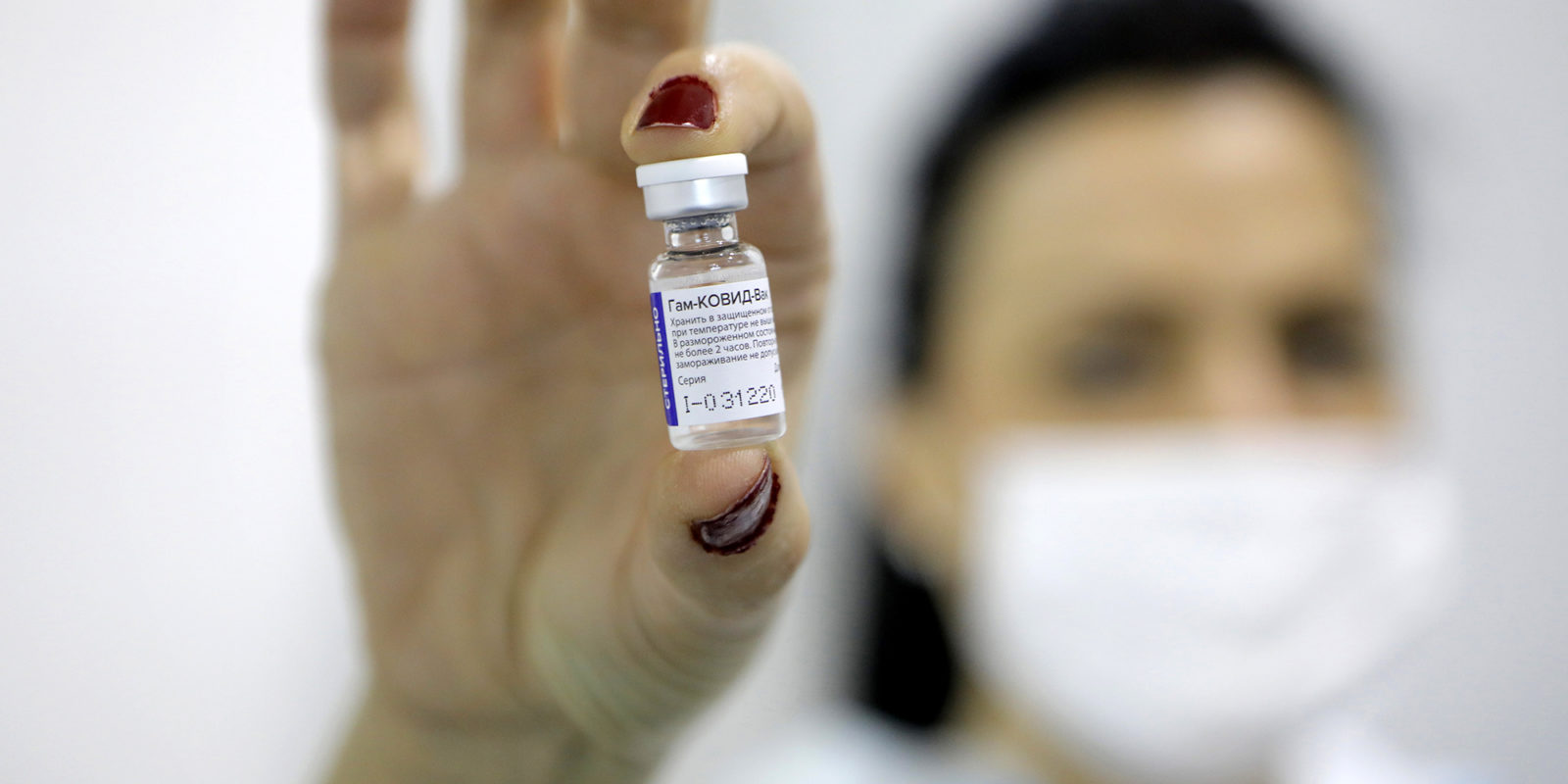 Serbia was the first country in Europe to receive the Pfizer-BioNTech vaccine, and the third to launch a mass immunisation campaign following Great Britain and Switzerland.

On 6 March 2020, the Ministry of Health of the Republic of Serbia confirmed the first case of Covid-19. By 19 March 2020, an epidemic was declared.

Like other countries around the world, Serbia faced numerous domestic challenges prior to the epidemic. Before the state and health ministry prioritised their focus on preventing the spread of the coronavirus and preserving the life and health of citizens, Serbia countered and overcame a myriad of challenges more effectively than many richer, more developed countries in Europe and the world.

Measures taken by the government

A State of Emergency was declared on 15 March 2020 before being lifted on 6 May the same year. During this time, the Crisis Staff advisory working body was formed, measures were taken to ban public gatherings and physical distancing among Serbians was enforced. Economic and social measures were introduced that required citizens to work from home and students and schoolchildren to study through online classes and teaching resources.

Employers were encouraged to reduce working hours while economic assistance measures were established. Dedicated Covid-19 hospitals were opened in line with the state’s additional investment in health infrastructure and care services. Furthermore, action was taken to assist Serbians to return home from abroad.

The government took care to ensure that citizens were updated daily on testing, infection and mortality levels across the country. Dedicated government Covid-19 websites and call centres were established to keep concerned citizens abreast of the latest news and developments surrounding the pandemic. Importantly, government measures have pivoted with the unprecedented, unpredictable epidemiological situation.

Serbia was the first country in Europe to receive the Pfizer-BioNTech vaccine, and the third to launch a mass immunisation campaign following Great Britain and Switzerland.

As a result, the Prime Minister of the Republic of Serbia, Ana Brnabić, was the first European prime minister to receive the vaccine, which took place on 24 December at the Institute of Virology, Vaccines and Serums (Torlak) in Belgrade.

Serbia was due to receive another 16,000 doses of the Pfizer-BioNTech vaccine in January. Thus, together with other vaccines, namely AstraZeneca, Moderna and Sputnik V, there would be a total of one million available doses from January – climbing to about two million doses during the first quarter of 2021.

Serbia’s healthcare system is prepared for this job and is utilising a system that monitors vaccine stocks and centrally records the data of each vaccine recipient. Recipients are each issued a vaccination certificate as well as an electronic version accessed through the eHealth portal. Those who have received their first doses are also sent a reminder via SMS and email to receive their second dose. An online portal and a call centre is in operation for people seeking additional information on the vaccine and how to register for immunisation.

Vaccination of the population

Mass vaccination of the Republic of Serbia began on January 19 at specialist facilities at the Belgrade Fair, with additional vaccination checkpoints being made available for citizens in all major cities across the country. Our goal is to speed up the vaccination of the population as much as possible.

Prime Minister Brnabić pointed out that, other than Israel and the UAE, Serbia is one of the few nations to enact a mass vaccination strategy, but added it would be imprudent to draw comparisons with similar vaccination vehicles in China owing to the size of the Asian nation.

Last year, Serbia was among the top three countries in the region in terms of the number of polymerase chain reaction (PCR) tests conducted and lowest coronavirus mortality rates. Serbian doctors are also responsible for ensuring that Serbia hospitalised the most patients.

President Aleksandar Vučić noted: “Serbia is the first to hospitalise 100,000 inhabitants; behind it are Bulgaria, Croatia, Slovenia. We are helping and treating people from nations we’ve previously been in conflict with. We will continue to do that.”

Vučić emphasised that the state will continue to take care of our citizens in Kosovo and Metohija, and that no one can forbid Serbia from helping its people.

“We will not give up helping our people, regardless of borders or administrative contracts. It is never our mandate to endanger others – we sent medicinal drugs and vaccines to our neighbours, not cannons and tanks,” said Vučić.

The Dr Milan Jovanović Batut, of the Institute of Public Health of Serbia, on January 9 2021, published the Operational Plan for Immunisation against Covid-19 in Serbia, which envisages three phases that would cover 50% of the population.

In the first phase of vaccination (vaccine available for 1-10% of the population) employees in healthcare facilities with the highest risk of occurrence or transmission infections are covered, as well as employees in senior people’s homes and other social institutions. Senior age groups outside of retirement facilities will also be vaccinated. Vaccination coverage will encompass between 60% and 80% of employees in these categories.

In the third phase (vaccine available for 21-50% of the population), citizens aged 50 to 64, regardless of risk factors such as underlying conditions, and younger than 50 years that have risk factors will be vaccinated. In total, the third phase will cover about 1,750,000 Serbians.

Opening of Covid hospitals and investments in health infrastructure

In addition to the procurement of vaccines, Serbia is among the first countries in the world, including those in the EU, to build and open two Covid hospitals in record time – in Batajnica, with a capacity of 930 beds and Krusevac with a capacity of 500 places. Hospitals greatly contribute to increasing capacity and strengthening the health system in the fight against coronavirus.

In Serbia, investments in health infrastructure have been substantial. Since 2016, 80 health centres and clinics have been renovated and work is under way on six large health homes. More than €200-million has been invested in the renovation, construction and equipping of hospitals and more than €300-million has been allocated to the renovation of clinics and specialised hospitals. Work at many healthcare facilities, such as the University Children’s Clinic Tiršova, KBC Zemun, KBC Dragisa Misovic, has already been completed.

In 2021, construction of a new hospital in Gracanica, Kosovo will begin and a large health centre will be built locally in Borca. Additional construction on Dedinje hospital – the largest cardiovascular hospital in the region – will also be completed, while in August 2021 the first phase of the CC of Serbia will be finished. The construction of KC Vojvodina in Novi Sad has also begun.

The Serbian government has made the successful completion of the aforementioned projects and the development of health infrastructure its highest priorities, but much attention is also being paid to the well-being of health workers.

Salaries of healthcare employees have increased by about 30% in the last year alone and from 1 January 2021 they will receive an additional increase of another 5%.

Significant sums are also being invested in the education of health personnel, as well as in the equipment they need and the conditions in which they work. The strengthening of the healthcare system in terms of personnel and capacity will be ongoing.

Further investment in education will be made, especially in the Faculty of Medicine and Dentistry.

Free return of Serbian citizens to the country

Following the declarations of states of emergency in many countries, it was vital to introduce measures and restrictions on movement, including the closing of Serbia’s borders. As a result, a large number of Serbian citizens remained abroad and unable to immediately return home.

The government has arranged for the free return of a large number of our citizens. Serbia is one of few countries to organise free travel return for its citizens, as well as the return home of foreign nationals who found themselves stranded in Serbia during the pandemic. Gratitude has since been extended to Serbia for this service by former US Secretary of State Mike Pompeo and Chancellor of Austria Sebastian Kurz among others.

A Crisis Staff advisory working body has been set up at the Ministry of Foreign Affairs to provide assistance and protection to our citizens abroad.

Movement of the number of sick and deceased