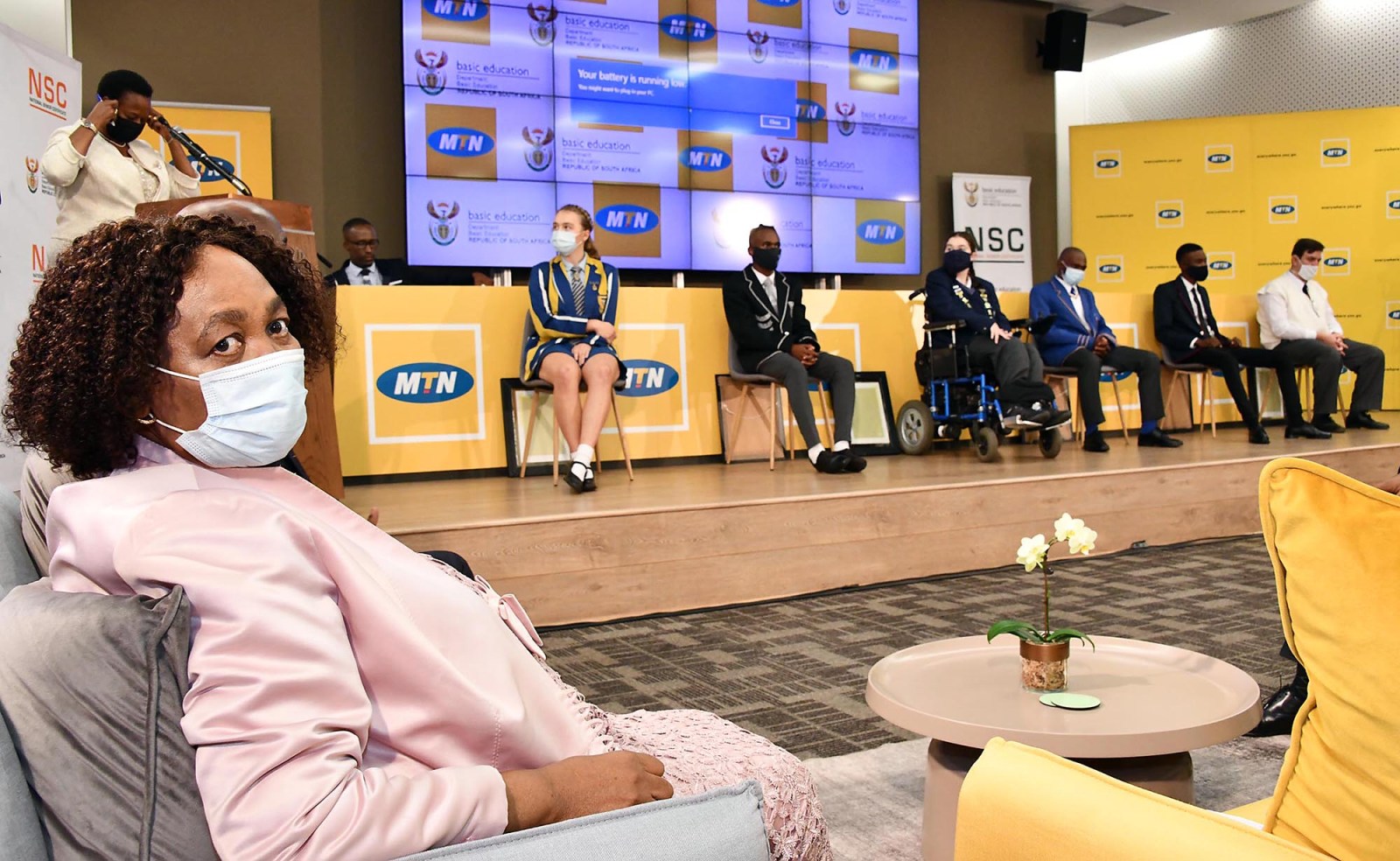 Minister of Basic Education Angie Motshekga announcing the results of the National Senior Certificate examinations at GCIS in Pretoria on 22 February 2021.

Free State maintains its number one spot as the 2020 National Senior Certificate pass rate declines from a record 81.3% in 2019 to 76.2% owing to the pandemic.

The matric pass rate dropped by 5.1 percentage points in 2020 after a record pass rate the previous year, but despite the dip, more learners achieved bachelor passes.

In the past, Motshekga would invite top-performing students from across South Africa to breakfast on the morning of the matric pass rate announcement.

But, because of the pandemic, none of the top achievers travelled to the announcement event this year; instead, they joined in virtually.

Although the overall pass rate has steadily increased over the years, the pandemic threw a spanner in the works for the class of 2020 who spent almost six months of their academic year at home because of the lockdown.

This not only affected learner outcomes but also exacerbated the inequalities that exist in the public education system.

Notwithstanding the challenges, Free State held on to its number one spot, with a pass rate of 85.1%, which is a 3.3% decline from the previous year.

The lowest pass rates were recorded in Limpopo, Eastern Cape and Northern Cape, with 68.2%, 68.1% and 66%, respectively.

The matric pass rate is often criticised by the opposition and analysts as an untrue representation of the actual pass rate based on the number of learners entering the education system in Grade 1 versus those that eventually make it to matric.

“And that we have a large number of people in proportion to the population complete secondary school,” he added.

A lack of resources and years of stagnant infrastructure reform in no-fee schools saw this cohort of the public education schooling system grapple with more challenges than learners in fee-paying schools.

Despite the challenges, Motshekga announced that non-fee paying schools produced 58% of the bachelor passes, up from 55% for the class of 2019.

To obtain a higher certificate pass a learner requires a minimum mark of 40% in home language, 40% in two other subjects and 30% in three other subjects, while diploma and bachelor passes require higher marks.

Motshekga praised the class of 2020 for their resilience and ability to produce good results under very difficult circumstances.

“Maybe when the going gets tough, the tough really get going,” she said.

“We are of the strong view that, had it not been for the novel Covid-19 pandemic, the class of 2020 could have been the best performers since the inception of the National Senior Certificate,” Motshekga said in her closing remarks.

“The experience that learners had last year impacted them psychologically. The results show the resilience that the learners had and the effort that went into their studies despite the challenges,” said educational psychologist and secretary of the Society for Educational Psychology of South Africa, Kemoneilwe Metsing.

Metsing encouraged parents to prioritise the mental well-being of children over results during this period.

“Symbols and results are not them [learners]. There is more to learners than the symbols or results they got.”

The department has vowed to use the previous years’ challenges as a yardstick to do better.

“The high-quality passes we have achieved this year, especially the number of bachelor and diploma passes, the overall pass mark, and the passes with distinctions, even in critical subjects, are the hallmarks of the performance of the class of 2020.

“We are of the strong view that, had it not been for the novel Covid-19 pandemic, the class of 2020 could have been the best performers since the inception of the National Senior Certificate,” Motshekga said in her closing remarks.

“That we managed to achieve a pass rate of 76.2% in the face of the adversity Grade 12 learners experienced in 2020, is beyond expectation. Naptosa congratulates each matriculant who was successful in the 2020 examination. Dedication, resilience, and hard work once again proved to be the elements of success,” said the National Professional Teachers Organisation of SA in a statement.

Results will officially be released to learners on Tuesday, 23 February. DM