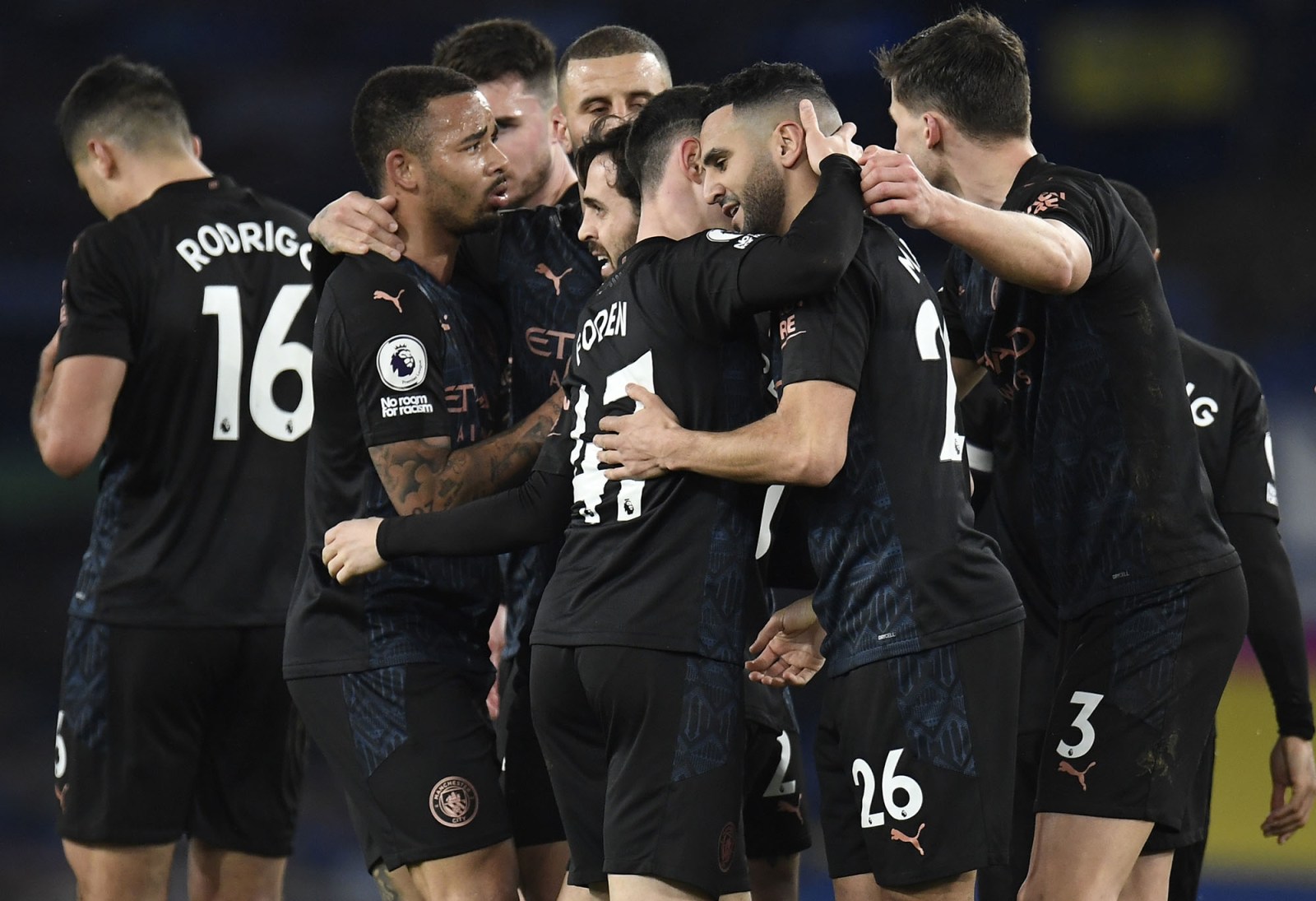 Manchester City has embarked on a record-breaking winning streak, which has placed the team in firm control of the English Premier League race.

This season’s English Premier League campaign has been characterised by inconsistency, particularly among the teams challenging for the title as well as for European football qualification.

In fact, the only consistent teams so far have been the relegation candidates elect. Teams such as Sheffield United, plus West Brom and Fulham to a lesser extent, have been consistent in losing games.

Manchester City has set itself apart from that trend of inconsistency shown by its league rivals with its recent run of form.

The team’s 3-1 midweek victory over Everton saw it extend its winning run to 17 games on the trot in all competitions. The run is a record in English top-flight football.

The Citizens look imperious at the moment, and have once again reclaimed the streak of ruthlessness that they’ve often displayed since Spanish master tactician Pep Guardiola took over as manager.

This was something absent in the first half of the season, highlighted in the Manchester side’s laboured 1-1 draw against West Brom back in December 2020. That seems to have been the turning point for Guardiola and his troops, as they have yet to drop a single Premier League point since then.

“The big teams, the big players show it in the bad moments. In the good moments everyone is easy to play, and we had the bad moments this season,” said the City manager after his side’s 3-0 victory over Tottenham Hotspurs last week. “We had a moment when we were in 12th position on the table. We were five points away from Tottenham [and eight after the loss], who were top of the league when we lost there, and now we are 17 points ahead of them.”

That’s been the nature of unpredictability of the campaign at the summit, with the likes of Manchester United, Chelsea and even Southampton also occupying first place at one point or another. The difference is that those sides never quite looked like maintaining their grip and throwing down the gauntlet for the title charge.

The 17-game winning streak has also seen City’s players show how they function as a unit. Those games have seen 14 different players score for the club.

The 2018/2019 Premier League champions have been without all-time top goal scorer Sergio Agüero for large parts of the season, due to his injury struggles as well as testing positive for Covid-19. Talisman Kevin De Bruyne has also been absent for several weeks due to a hamstring injury, although he made a comeback against Everton.

That hasn’t affected them, though, as players such as Ilkay Gundogan and Phil Foden have stepped up to shoulder some of the responsibility for pushing the team over the line. Gundogan in particular has been extremely impressive.

In his past 13 Premier League games, going back to the middle of December, he has 11 goals and one assist. That’s more goals than he’s contributed in the past two seasons put together, and it earned him Player of the Month in January.

Speaking after his side comfortably dispatched last season’s runaway champions Liverpool 4-1 a fortnight ago, Gundogan downplayed his impressive run of form.

“In terms of numbers, yes,” he responded to RMC Sport on whether this is the best form he’s shown in his career.

“It is always nice to score or to assist. If you follow my career, you can see that in other seasons, in recent seasons, I have played on the same level, even maybe better, but I didn’t score or assist a lot. For me, it is always leaving the pitch after 90 minutes with a good feeling about myself. It doesn’t really matter if I score or not… That’s how I judge myself and right now, I feel great.”

Other than Gundogan’s immeasurable contribution to the team’s resurgence, a solid rearguard has also played its part.

Don’t let your Guardiola down

The centre back pairing of Ruben Dias and John Stones, a man whose exit from City seemed imminent a few months ago, has seen the log leaders keep 10 clean sheets and only concede six goals during their 17-game winning streak.

Fullbacks João Cancelo and the versatile Oleksandr Zinchenko have also done their bit in both defensive and attacking positions. Spanish midfielder Rodri has been the ideal shield for the defence.

Despite City threatening to run away with the title, their nearest rivals Manchester United say they won’t allow their neighbours to coast to league glory unchallenged.

“It’s a compliment to the boys that we’ve got ourselves into the position we’re in. We’re the team closest [to Manchester City] and we should be challenging the team in front of us,” said Red Devils manager Ole Gunnar Solskjaer after his side dropped crucial points against West Brom a week ago.

As for Guardiola, he is not looking too far forward, with many matches still to be played this season, and just as many points to be won or lost.

“[Right now] it’s a good opportunity to take more distance, because in February and March no one is a champion and this kind of run of victories will make sense if we are able to win the title,” said Guardiola.

As much as City would savour a third league title in four years, they will be hoping to take their current form into the Uefa Champions League.

Guardiola’s men have been pitted against German side Borussia Mönchengladbach in the last 16 of the competition, a tricky fixture, but one which they hope to navigate seamlessly with an eye on the quarterfinals, and possibly going all the way in the competition.

This season, with some of the bigger names in European football failing to find their finest form so far, the Citizens will be hopeful that it can finally be their year; and the club’s billionaire owner, Sheikh Mansour, can finally see his dream come to fruition. DM168