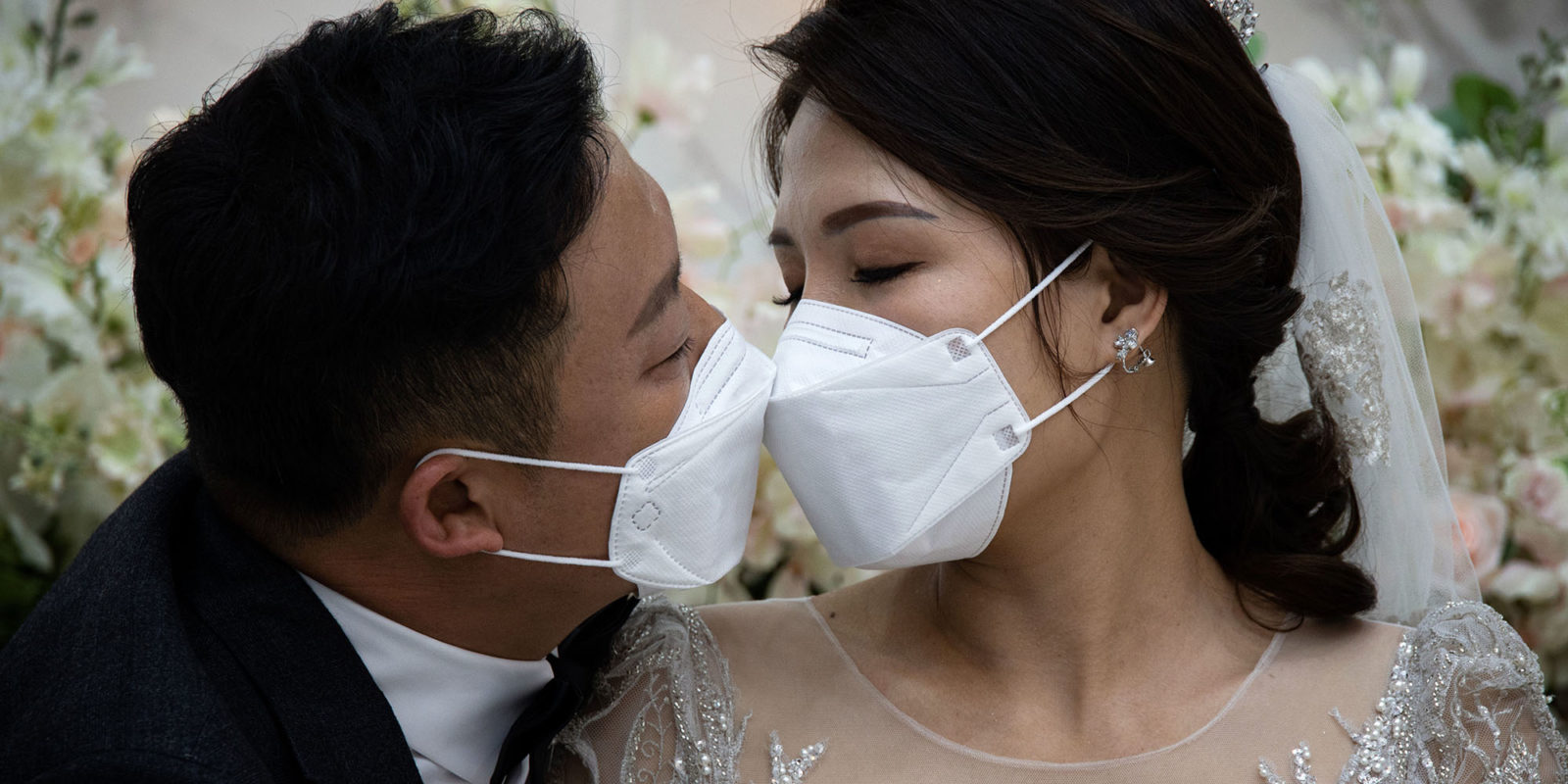 South Africa registered a further 792 new Covid-19 cases on Monday, bringing the cumulative total to 1,504,588. A further 97 Covid-19-related deaths were reported, bringing the total to 49,150 deaths.

New findings in the UK show vaccines provide a high level of protection against infection and illness after a single dose. The US said drugmakers won’t have to perform giant efficacy trials for new vaccines or booster shots developed to combat new variants.

The US is poised to reach 500,000 Covid-19 deaths, though the pace of fatalities has slowed dramatically. A new study by the Centers for Disease Control and Prevention found that Covid spread among dozens of students and teachers in a Georgia school district.

UK Prime Minister Boris Johnson declared the end of the pandemic is “in sight” for England, as he set out his aim to ease lockdown rules in a series of stages over the next four months.

Drugmakers won’t have to perform giant efficacy trials for new vaccines or booster shots developed to combat new variants of the coronavirus, the US Food and Drug Administration said.

In documents released by the agency on Monday, it said a determination of effectiveness for new vaccines against variants should be based on so-called immunogenicity studies, in which researchers give vaccines to people and then conduct lab tests to measure the immune response the vaccine produces in their blood. These tests, similar to what is done for annual flu shots, are far simpler to conduct than the massive efficacy studies needed for clearance of the initial vaccines.

New York Governor Andrew Cuomo toured the state’s largest community-based coronavirus vaccination site at Medgar Evers College in Brooklyn, which will serve one of the areas hardest hit by the pandemic.

The site will open on Wednesday, and appointments during the first week of operations will be reserved for those living in areas with low vaccination rates, Cuomo said during a Monday press briefing at Medgar Evers. It’s part of an effort to fight vaccine hesitancy and bring the shots to communities underserved by traditional health-care institutions. The site will administer 3,000 vaccines a day, for a total of 21,000 a week, he said.

A second site will also open at York College in Queens on Wednesday, he said. The Metropolitan Transportation Authority will pilot bus services making additional stops at the Brooklyn site and York College. Community members can sign up in person at the site instead of making an online appointment, according to the governor’s office. The state is also partnering with faith leaders to encourage people to sign up for appointments.

In a press conference, Pierluisi said schools would have to be certified by the Health Department, guarantee social distancing and operate at no more than 50% capacity in order to reopen. The Education Secretary will announce which of the island’s schools are eligible to reopen on Thursday.

Covid-19 spread among dozens of students and teachers in a Georgia school district in December and January, according to a new report from the Centers for Disease Control and Prevention.

Students sat less 1m apart in classrooms with plastic dividers where greater physical distancing wasn’t possible. Several clusters may have occurred during small group instruction where teachers were close to students. The district required students to wear masks but “specific instances involving lack of or inadequate mask use by students likely contributed to spread,” according to the report.

In some clusters, teachers probably spread the virus to each other and then to students as well, the CDC said, highlighting the need for better messaging to reduce in-person interaction among teachers.

The report comes as the Biden administration pushes to reopen schools that in some cases have been closed to limited in-person learning for almost a year. While the CDC study said vaccinating teachers isn’t a requirement for reopening schools, along with other mitigation measures it “is a critical component of preventing in-school transmission,” according to the report.

UK Prime Minister Boris Johnson pledged to reopen England’s stores and outdoor hospitality from mid-April, as he set out his aim to fully restart the economy from June 21.

In a statement to Parliament, Johnson set out four steps to carefully reopen the country after its lockdown, warning there would need to be at least five weeks between each to judge the impact on infections and deaths.

Johnson is already facing pressure to move faster, after the economy endured its worst recession in more than 300 years. Government guidance asking people to work from home where possible will remain in place for another four months, and the request will be examined as part of a review of social-distancing measures.

New findings in the UK, the first country in the Western world to roll out Covid-19 vaccines, show the shots provide a high level of protection against infection and illness after a single dose.

Initial data in medical workers show one dose of the Pfizer and BioNTech vaccine reduces the risk of infection by more than 70% – or 85% after the second dose – according to Public Health England. The findings suggest the shot helps interrupt transmission, yet it’s unclear how much, officials said.

The report and separate findings in Scotland highlight the significant impact the inoculations are already having in countries with the most advanced campaigns to protect their populations. The Pfizer vaccine also appeared to stop the vast majority of recipients in Israel from becoming infected, according to a draft publication confirmed by a person familiar with the work.

New York City lost a week of vaccinations from storms

New York City Mayor Bill de Blasio said the city lost a full week in its vaccination effort due to snowstorms and bad weather around the country, which affected vaccine delivery. He said the city has surpassed 1.5 million doses administered and that he still hoped to achieve his goal of five million vaccinations by June. But right now, New York City only has 23,000 doses as it awaits more supply from the federal government.

WHO hopeful but cautious

The last six weeks have seen a “positive decline” in the spread of the virus worldwide, the WHO’s Emergencies Programme head Mike Ryan told Ireland’s RTE Radio. Still, he cautioned against reopening after lockdowns too soon. Vaccines appear to protect against severe illness in almost all cases, including from variants, he added, even if it’s not yet clear that they halt transmission.

Authorities ordered a lockdown on the next two weekends along the coastline of the Alpes-Maritimes region of southeastern France, including the city of Nice, to stem rising infections.

“The epidemic situation in the Alpes-Maritimes region has significantly worsened,” the region’s Prefect Bernard Gonzalez said, adding that it had the worst rate of cases in France at 600 per 100,000 people.

Chancellor Angela Merkel’s government is weighing as much as €50-billion in additional debt spending to fight the impact of the virus. The funding – equivalent to about 1.5% of German gross domestic product – reflects an initial estimate, and it’s still unclear if the money will be needed in the end, according to people familiar with the discussions.

Merkel aims to develop a plan that will pave the way for a cautious reopening, even as infection rates tick up. Under pressure from a pandemic-weary German public, the chancellor told the leadership of her Christian Democratic party on Monday that the next steps will have to be done “smartly” and with more testing, according to a person familiar with the discussions.

She identified three areas for easing: private gatherings, restaurants and leisure facilities, and schools – which started a tentative reopening on Monday in many states. Reopening stores was not mentioned.

Italy extended a ban on movement between the country’s 20 regions to March 27, Ansa newswire reported. Mario Draghi’s new government is trying to step up a vaccination campaign to counter the pandemic, while maintaining a system of restrictions based on regional spread of the virus. DM