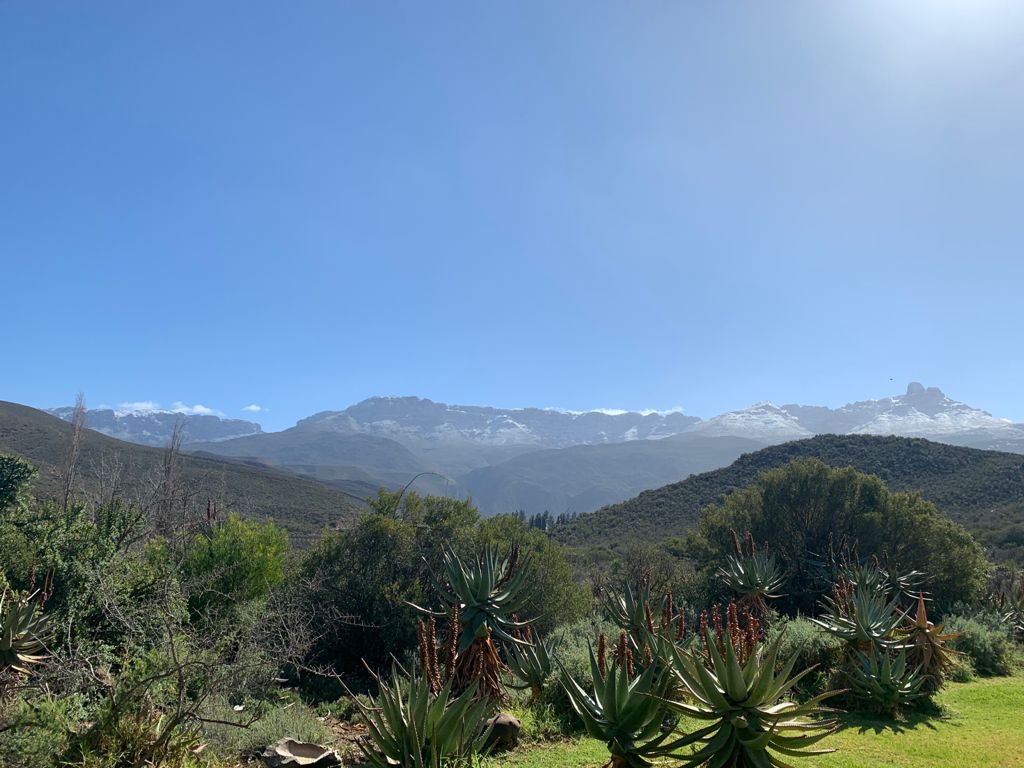 Despite it’s political problems the Kannaland is equisitely beautiful and worth visiting. (Photo: Supplied by GroundUp.)

Councillors try to wrest municipality from control of provincial government.

The battle for political control of the Kannaland Municipality in the Little Karoo has shifted to the Western Cape high court, where the DA-led provincial government and a municipal coalition of ANC and Icosa councillors are going head-to-head over who should run the municipality.

The Western Cape high court has been asked to intervene to stop the bankrupt Kannaland Municipality signing a R735-million deal and making six new political staff appointments. The municipality has responded with a counter-application.

The municipality has been under administration by the provincial government since December 2018 and the Western Cape government has asked the court to prevent an alliance of ANC and Independent Civic Organisation of South Africa (Icosa) councillors from taking action which is not in line with the financial plan imposed then.

According to the founding affidavit filed by Western Cape MEC for Local Government, Anton Bredell, failure on the part of the Kannaland Municipality to manage its finances resulted in it being R37.6-million in debt in 2016. The municipality owed tax and was not making employees’ pension fund and medical aid payments.

This led to the province invoking its constitutional mandate to intervene, and a financial recovery plan was developed and imposed in March 2017, with the municipal council in charge of overseeing the plan.

By December 2018 it was apparent the municipality was not implementing the plan, and the provincial executive invoked provisions in the Municipal Finance Management Act to take over implementation, appointing an administrator.

The administrator introduced cost savings including freezing of salary increases for councillors and officials and of bonuses for senior management.

But in November last year, with executive mayor Magdalena Barry ill due to Covid-19 and municipal manager Reynold Stevens suspended, the remaining six-member council took a number of decisions which the province believes are unlawful.

In what appears to be a flurry of meetings over November and December, council resolved to conclude a R735-million deal agreement with energy supply company Inovasure, lift the mandatory provincial intervention and implementation of the financial recovery plan, and boot the province’s administrator out of his office.

The council also decided to change the organisational structure imposed by a resolution of 31 May last year, to create five new posts in the speaker’s office and another in the mayor’s office, to reinstate the head of technical services who had previously been dismissed, and to distribute R204,902 in bonuses to two employees who had already been awarded R581,000 and R306,000 respectively.

Additionally, Bredell states, a R136,000 “prestige bonus” was given to the former municipal manager, Morne Hoogbaard, who had left the municipality in 2016 and had subsequently been charged by the NPA.

Bredell argues all these decisions are unlawful as they are not in accordance with the financial management plan which the province has imposed as part of their constitutionally mandated obligation and in line with the Municipal Finance Management Act (MFMA).

Further, he says in his affidavit, the Inovasure deal does not comply with Municipal Supply Chain Management regulations, the MFMA, or the National Treasury’s regulations, and there is no evidence that the required consultation with the national energy regulator has taken place. Bredell included letters to the municipality from both National and Provincial Treasuries.

The Kannaland municipality accepts that the province had to intervene, but say its conduct was “disproportionate” and “failed to respect the functional and institutional integrity of local government”.

The municipality argues that the province’s administrator, who has been in office for three years, has no legal standing as council was not dissolved.

Kannaland also says the MFMA states that National Treasury has to develop the recovery plan, not the province.

The councillors also argue that the intervention of the province was politically motivated, as other municipalities plagued with chronic underpayment for services have not been targets for the same “maximally intrusive intervention”, especially not any of the Western Cape’s DA-led municipalities. (Kannaland has a mix of Icosa, DA, and ANC seats in council).

The call for urgent interim action against Kannaland to prevent the Inovasure deal and further staff appointments is baseless, argues acting municipal manager Roland Butler, as Inovasure is far from a done deal and anyway wouldn’t place any financial risk on the municipality as all the risk is on Inovasure. As for altering the staffing plan, he says, this does not mean the new appointments will be made yet. Additionally, states Butler, the (former) provincial administrator has stated that implementation of the financial management recovery plan is 97% complete.

The province’s intervention in Kannaland should be declared unlawful, says Butler, and the national government should provide oversight.

The case will be considered by the high court on 1 March. DM

Turf wars: Seven gunned down in Cape Town gang violence in one week

Who will defend and protect Zimbabwe’s human rights defenders?