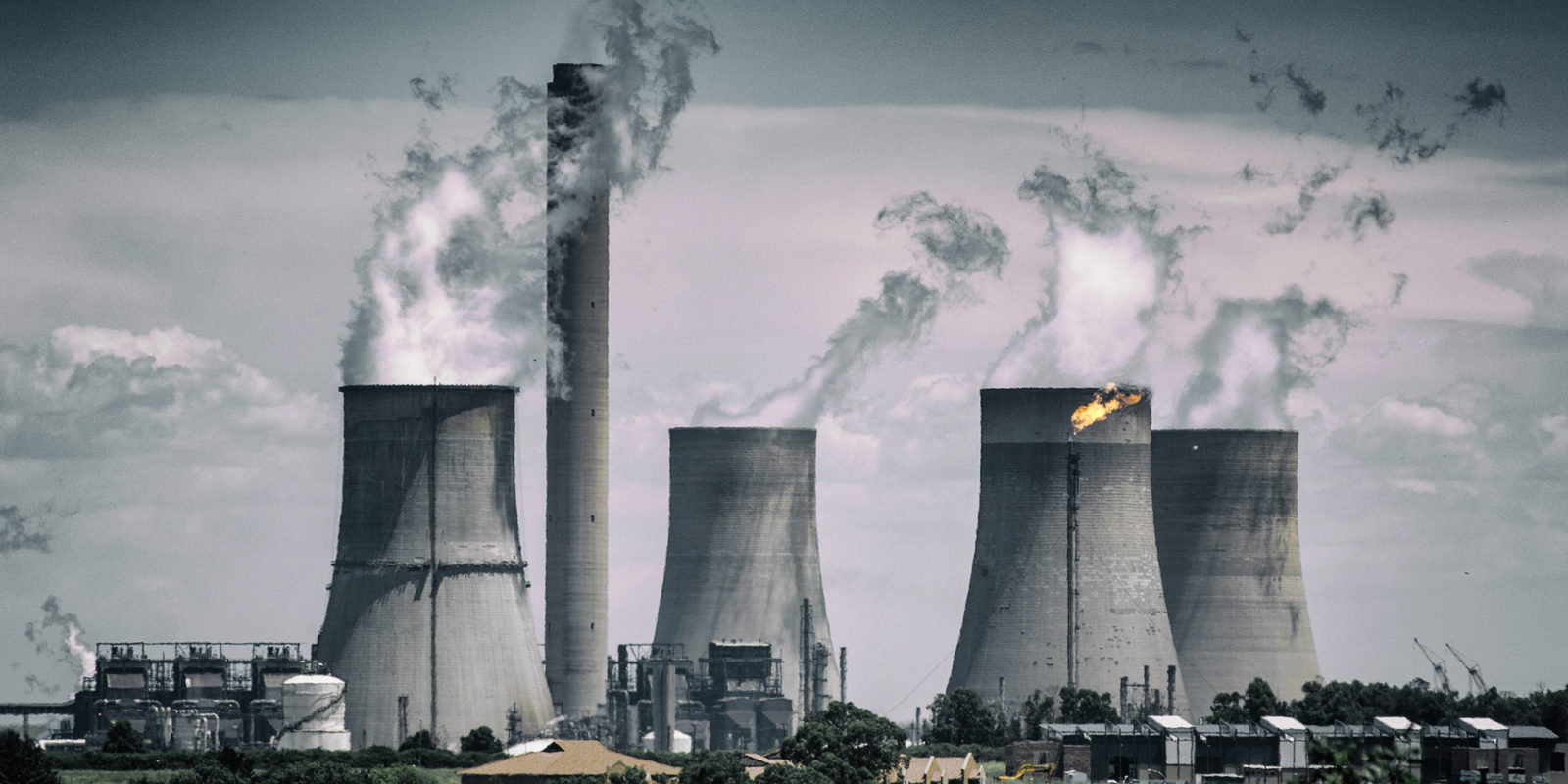 Sasol maintains that its Secunda plant was not behind suspicions that elevated levels of sulphur dioxide and hydrogen sulphide caused a big stench recently over parts of Gauteng and Mpumalanga. The definition of ‘elevated’ was also watered down in 2020 by the Department of Environment, Forestries and Fisheries. So, what was behind it?

The Department of Environment, Forestries and Fisheries (DEFF) last week dispatched a team to Sasol’s Secunda operation, where coal is processed into synthetic fuel and chemicals, to see if it was the cause of the stench. DEFF has not yet commented on what was ascertained. The South African Weather Service issued a pollution warning on Wednesday last week for Gauteng over the issue.

Sasol, which is releasing its interim results on Monday, said in response to questions from Business Maverick by email that its own investigation is ongoing. But its “preliminary view remains that Sasol’s emission profile reflects compliant and stable operations and that anomalous atmospheric conditions compounded the effect of industrial sulphur emissions in the Mpumalanga Highveld and Gauteng regions. We remain committed to collaborate with the authorities in concluding their investigation in this regard.”

So weather conditions have been named as the potential culprit here.

An important piece of context is that in late March 2020 the government doubled emissions standards for sulphur pollution which were about to take effect, to 1,000mg of the pollutant per normal cubic metre from 500mg for plants built before 2010. The previous level was sky-high at 3,500mg per cubic metre, and South Africa’s allowable standards remain high by global standards, according to conservation NGO Greenpeace.

The revision was made to accommodate Sasol and Eskom, South Africa’s biggest polluters.

“At present, neither Eskom nor Sasol, the major emitters of sulphur dioxide, meet current minimum standards for plants constructed prior to 2010. A Technical and Cost-Benefit Analysis undertaken by independent scientists, including departmental specialists, has shown that to comply with the standard of  500mg/Nm3, Eskom and Sasol respectively would have to invest significantly, based on the sheer size of the installed boilers and complex integrated systems linked to production of synfuels,” the DEFF said in 2020. Sasol is committed to achieving revised standards by 2025.

This has clearly been a policy conundrum for the government. Its enthusiasm for statist intervention on many levels is often the subject of criticism. But greens would have smelt a rat on this issue, not least because of the high levels of pollution over Mpumalanga and Gauteng. In 2019, Greenpeace reported that NASA images showed that the Kriel area in Mpumalanga was a global hotspot for sulphur dioxide (SO2) emissions. Where there is a foul sulphur stench in the air, there is bound to be a fire of some sort. DM/BM

Opportunities for competitors: R80bn looking for a new home with closure of Absa Money Market Fund

The rise of the green dragon