The only opponent who could get Carter was Father Time 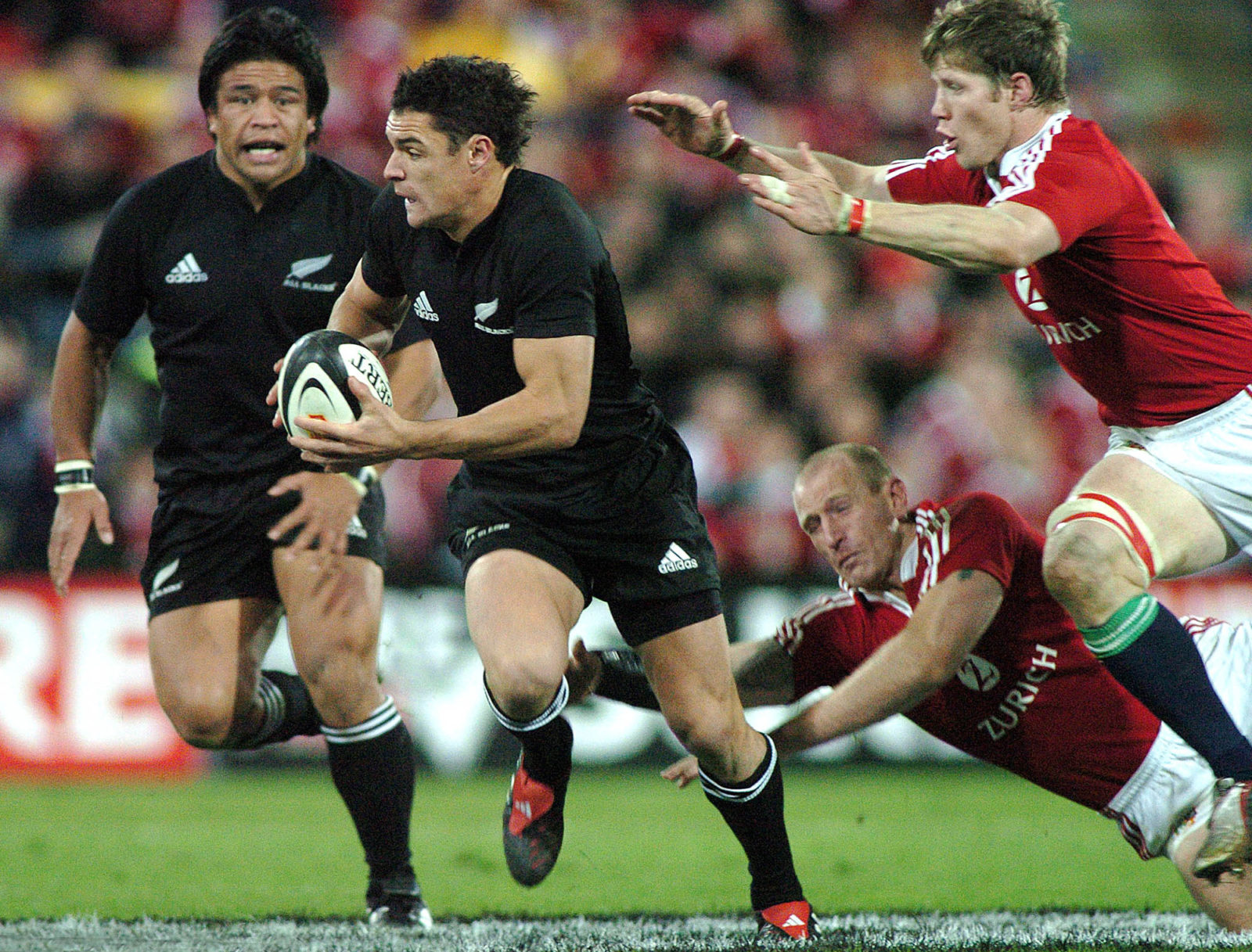 Two weeks shy of his 39th birthday, Daniel Carter, perhaps the greatest player ever to lace up a pair of rugby boots, announced his retirement from the game.

Daniel Carter, tormentor of South Africans… well, tormentor of anyone he played against… has retired. Rugby’s version of Lionel Messi, Roger Federer and LeBron James has finally said goodbye to a game he started playing 32 years ago.

He seemed eternal as a player, his youthful good looks almost unchanged after two decades on the world’s stage. But, as with all the greats, the one opponent they can’t beat and can’t hold back is time. Carter’s time is up, and all you can say as a sports lover is, “Thank the stars I lived in the time of Dan Carter.”

“I officially retire from professional rugby today,” Carter wrote on Twitter at the weekend. “A sport I’ve played for 32 years which has helped shape me into the person I am today. I can’t thank everyone who has played a part in my journey enough, particularly you, the fans. Rugby will always be a part of my life.”

The great All Black packed up Test rugby after winning the 2015 World Cup, with 112 caps and a record 1,598 points, but he continued to play, at club level in France and Japan. Shortly after announcing his fourth child was due last week, Carter also called time on a storied career that yielded two World Cup titles among dozens of other gongs.

He never played in a losing All Black Bledisloe Cup team in over a decade and won three Super Rugby titles as the Crusaders’ flyhalf. He was a member of eight Tri-Nations/Rugby Championship winning teams, was World Player of the Year three times and, incredibly, suffered only 12 defeats and one draw in those 112 Tests for an 88.9% winning ratio.

He played against the Springboks on 19 occasions and was on the winning side 15 times. He scored 20 points on Test debut against Wales in 2003 and delivered what is widely acknowledged as the best individual performance by a player, in the second Test against the 2005 British & Irish Lions in Wellington. Then, Carter scored 33 points and ran the Lions ragged, scoring two tries. It was a jaw-dropping performance that rivals any of the great individual feats in any sport.

Those, in broad strokes, are the numbers that back up his claim to greatness, but they tell only one part of the story. That he was a serial winner and successful player is a given. But, the way he played, the panache he brought to a game that is unforgiving and one of the last places you’d look to find beauty, is what sets him apart.

Carter was that rarest of athletes, especially in a brutal sport such as rugby. He was both an artist and an artisan. At his best, most ethereal, he created art with a quick pass, smart side-step or stabbing kick. But he could be a sledgehammer, tackling like a flank and hitting a ruck with the enthusiasm of a hooker.

Dan Carter’s “weak” areas were better than most players’ best strengths. There simply wasn’t a fallibility in his game worth mentioning. He is, of course, human and had one or two off days, and could occasionally struggle when he was under extreme pressure. But, during a 20-year professional career, those days could probably be counted on two hands.

He was so good that even when being tackled, he could change the course of a game, as he did against the Springboks in Auckland in 2013. On that night, bruising Bok hooker Bismarck du Plessis clattered Carter in a devastating and legal tackle that put the flyhalf out of the match.

The Boks were on top and Du Plessis was having perhaps his best game in a Bok jersey.

The frenzied crowd screamed for justice. Carter was the most protected of protected species in New Zealand and the crowd’s influence on the match officials led to a shameful episode that ruined a potentially great Test.

Somehow French referee Romain Poite deemed Du Plessis’ tackle as dangerous and he was yellow-carded. That swung the momentum back the All Blacks’ way, and when Du Plessis received a second yellow later in the game, resulting in an automatic red card, the All Blacks finished the Boks off.

Afterwards, World Rugby denounced Poite’s decision, and even Carter said it was a legal tackle (always a sportsman), but it didn’t change the result. If Du Plessis’ tackle had been on anyone else, it probably wouldn’t have even been a penalty. But the sight of Carter, the game’s great pin-up, being scythed down was too much for everyone, including Monsieur Poite.

In every game he played, the opposing team’s overriding tactic was to “get Carter”. If they succeeded in doing that, then there was a small chance of victory.

Considering Carter played the bulk of his career for the Crusaders and the All Blacks, even if he was tied down, those teams had other ways to win. But when Carter was on song, they never lost.

One of Carter’s rare losses to the Boks came at Newlands in 2005, just a month after his brilliance in Wellington against the Lions. Jake White’s Boks knew that their forwards could edge the All Black eight and from that platform Bok openside Schalk Burger was tasked with hounding the All Blacks’ flyhalf to the ends of the Earth for 80 minutes.

The plan worked on that day – just. Burger was immaculate in his duty as Carter endured a rare thing – a quiet day at the office – and the Boks won 22-16.

“Dan was one heck of a player,” Burger told Daily Maverick. “When it came to the tactic of ‘getting Carter’, we tried, believe me. I don’t think I got him as often as I would’ve liked, so whenever I did, I tried to make the hit count.

“He was just one of those players that could change the complexion of any match in an instant. He is the greatest modern flyhalf, for sure. He had the full range of skills and he was a match winner. He did it to us many times.”

Carter’s vision, speed, handling and quick feet were the foundation of his artistry, but he tackled and did the ugly stuff effectively too. He played rugby with a level of aesthetic beauty and effortlessness that often elevated his performances and made them stick in the memory.

For all Carter’s brilliance, the first two of his four Rugby World Cup (RWC) campaigns ended in despair and recriminations. In 2003 he didn’t play in the semifinal, which the All Blacks surprisingly lost to Australia, and in 2007 he limped off the field in the second half as France staged a mighty comeback to beat the All Blacks in the quarterfinal. The sight of a shell-shocked Carter on the bench is one of the enduring images of a RWC that the Boks went on to win.

In an interview this writer did with Carter in 2010, when he was in Cape Town with the Crusaders, it was put to him that his legacy might depend on winning a World Cup. He tried to play it down, but despite his boyish good looks, his dark eyes hardened at the question.

“It [winning a RWC] would be great, but it’s not something that drives me as a player,” he said. “I’ve had a successful career, but fallen over at World Cups and it’s something I’d like to change.” Of course, he changed it.

The All Blacks were under immense pressure at RWC 2011 on home soil, but they buried the hoodoo to win. For Carter though, it was a bittersweet tournament because he tore a groin muscle while kicking in training, which ended his tournament before the knockout phase. Although he collected a winner’s medal, it was a slightly hollow feeling.

Over the next four years, he was managed carefully to ensure that his 33-year-old frame would last through the 2015 tournament. And last it did.

For his final Test match encore, he saved his best for the biggest games. In the semifinal against South Africa, Carter swept over a glorious drop-goal early in the second half. In the end, New Zealand won 20-18 and it was Carter’s drop that proved the difference.

In the final against Australia, the All Blacks were in total command for the most part. After running into a 21-3 lead in 50 minutes, the match appeared over. But two quick Wallaby tries made it 21-17 with 18 minutes to go. The All Blacks’ composure was rattled, and it was Carter who settled nerves.

Carter wasn’t even in the pocket, receiving a snap pass from scrumhalf Aaron Smith with the defence rushing to cut him down 40m out. But that glorious left boot swung through the ball and it sailed sweetly down the middle to open the gap to 24-17 after Australia had scored 14 unanswered points. You can’t defend against genius.

“I was yelling at the ball: ‘Go, go.’ I wasn’t sure it had enough on it,” Carter said after the match. “I’m pretty grateful to be here after what happened four years ago. I’ve worked so hard to be here and I’m so proud of the team who have also worked hard to be here.

“It’s a strong group of guys and we try and do things that teams haven’t done before. It’s a special feeling.”

Not as special as watching him play. DM