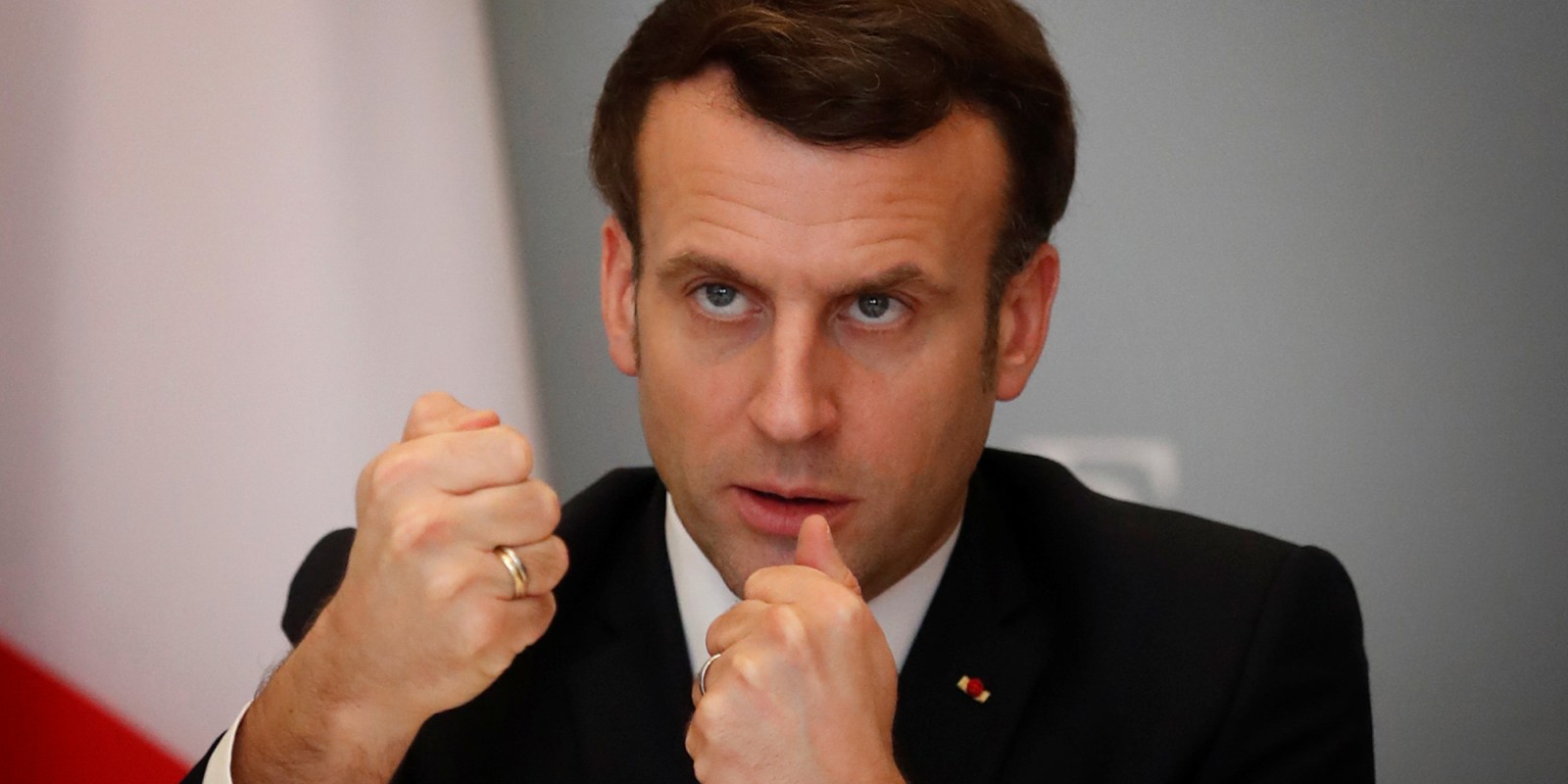 The Sahel has become France’s Afghanistan or Iraq, with public criticism of the operation every time French troops suffer casualties.

Before his summit last week with the G5 Sahel leaders, French President Emmanuel Macron appeared to be carefully cultivating the impression that he would significantly reduce the size of Operation Barkhane, France’s military force which has been fighting jihadists in the Sahel since 2014.

And so most people – including even the Sahelian leaders themselves, it seemed – were surprised when he announced instead at the summit that he would maintain France’s military strength at its current level of 5,100 combat troops, at least until the northern summer.

“We must not release pressure on terrorist groups,” he said during the summit which was held with the leaders of the G5 Sahel countries – Mali, Burkina Faso, Chad, Niger and Mauritania – in the Chadian capital of N’djamena. Macron and some officials of other European countries as well as representatives of international organisations attended online.

By signalling a probable troop reduction – back to the level before a surge of 600 troops in January 2020 – Macron had evidently been trying to motivate France’s allies in the counter-terrorist Sahel fight, to increase their own troop contributions.

If so, his tactics worked.

At the summit, Chad’s President Idriss Deby announced he would contribute another battalion to the G5 Sahel joint force while European countries that had originally only been providing technical support to the force reinforced their combat contingents. The Takuba, a joint special forces unit, now comprises soldiers from Estonia, Sweden, Czech Republic and Italy, with possibly more to come, France’s ambassador to South Africa, Aurélien Lechevallier, told Daily Maverick.

In addition, Germany, the Netherlands and Portugal are increasing their training and logistic support to the Sahel counter-terrorism effort.

Reinforcements certainly seem necessary; last year the Sahel conflict claimed about 6,200 lives, a 30% jump over 2019, according to The Economist.

Lechevallier said the speculation that Macron would reduce France’s presence had mostly derived from the growing French public pressure he is under to get out of the Sahel.

The Sahel has become France’s Afghanistan or Iraq, with public criticism of the operation every time French troops suffer casualties, Lechevallier noted.

Macron used the speculation of a likely withdrawal to his advantage, to motivate France’s allies to reinforce their presence.

Macron is “a very good negotiator,” Lechevallier said. So, probably before the N’djamena summit, Macron had decided: “Let’s maybe push the other partners to do more, and then we’ll announce that we stay.”

The ambassador also noted that the summit had assessed that despite great difficulty, the counter-terrorism effort was “moving forward in the right direction”.

And so, “It would have sent a contradictory message to withdraw at a point where we are making progress.

“And also we’ve seen more commitment by Sahel countries and also international partners, like the European partners in particular.

“So it would be strange to say to our European colleagues, ‘Please step up to the plate, reinforce your presence, but at the same time we will withdraw’.”

Macron has so far steadfastly refused to negotiate with the jihadists, though local leaders, like Mali’s interim Prime Minister Moctar Ouane and Burkina Faso’s Prime Minister Christophe Dabiré, are pushing in that direction.

Lechevallier said the G5 Sahel leaders and their European partners also welcomed the clear commitment from a representative of the new Biden administration at the summit that the US would continue to support the new Sahel strategy, as the Trump administration had.

“And on the civilian side there was a new commitment by foreign donors to increase their assistance programmes through the coordination mechanism called the Sahel Alliance. The N’djamena summit had decided to create a permanent secretariat of coordination to be based in Brussels, led by a Sahelian coordinating with the international donors.”

Macron’s commitment to maintaining the full French force in the Sahel until June would provide some sustainability. “You cannot announce this and then say, ‘tomorrow we might reconsider’.”

But, on the other hand, he said four months would be long enough, because there would be another summit, probably in June, where the participating countries would again take stock.

“So, this is probably the deadline the president had in mind. Plus in terms of deployment and rotation of the troops etc, I think that four months is the standard shift delay.”

Lechevallier said there was objective evidence that the combined counter-terrorism forces were making progress in their battle against the jihadists.

“Last year the most aggressive and threatening group was Islamic State in Grand Sahara. This organisation has been severely impacted by the scaling up and the better coordination of the military responses these last months.”

He noted that in the French National Assembly it was stated that 1 500 terrorists had been killed in the Sahel recently. He also recalled that Abdelmalek Droukdel, leader of al-Qaeda in the Islamic Maghreb, had been killed by French forces in June 2020 in Mali.

Many independent analysts worry that the G5 Sahel countries are still very far from being self-sufficient militarily and will therefore remain dependent on France and other external supporters indefinitely.

“These are tangible results,” Lechevallier asserted. “Other more political results is the fact that in two out of five Sahel countries last year there were elections and transitions, in Burkina Faso and Niger.

“In Niger the elections were really considered as free and fair by international observers and President [Mahamadou] Issoufou not running for a new mandate because he reached the end of his second term.

“So that was also important to notice that there were democratic, political transitions in this region. Because oftentimes we really think everything is totally hampered and paralysed because of the violence.  That was also a good signal.

“But there are also concerning signs. The fact that the attacks continue. The zone of the three borders between Mali, Burkina Faso and Niger (sometimes called Liptako-Gourma) that was identified as a really priority targeting zone last year, is still a very dangerous one.

“And we’ve seen new groups coming up. So it’s a really moving ground, with groups that are really affected by the military response, others that are growing.

“At the end of the day we know that the solution will not be military. That’s why development and the political dimension are so important.  So there are positive and encouraging signs. And the fact that there is a clear collective strategy supported by everyone is very important. But in terms of security and stability, the challenge remains absolutely huge.”

Many independent analysts worry that the G5 Sahel countries are still very far from being self-sufficient militarily and will therefore remain dependent on France and other external supporters indefinitely.

Lechevallier insists, though, that the G5 Sahel countries are becoming more self-reliant.

“Remember that more than one year ago there were episodes where a small number of terrorists would attack a fort and everyone would just flee.”

That was now changing. As a result of better preparation, training and motivation, the local forces were increasingly likely to stand their ground under attack.

Macron has so far steadfastly refused to negotiate with the jihadists, though local leaders, like Mali’s interim Prime Minister Moctar Ouane and Burkina Faso’s Prime Minister Christophe Dabiré, are pushing in that direction.

According to The Economist, back-channel talks are already under way with Jama’at Nusrat al-Islam wal Muslimin a broad coalition of jihadist groups operating across the Sahel, but not with “the most bloodthirsty outfits” such as Islamic State in Grand Sahara. DM